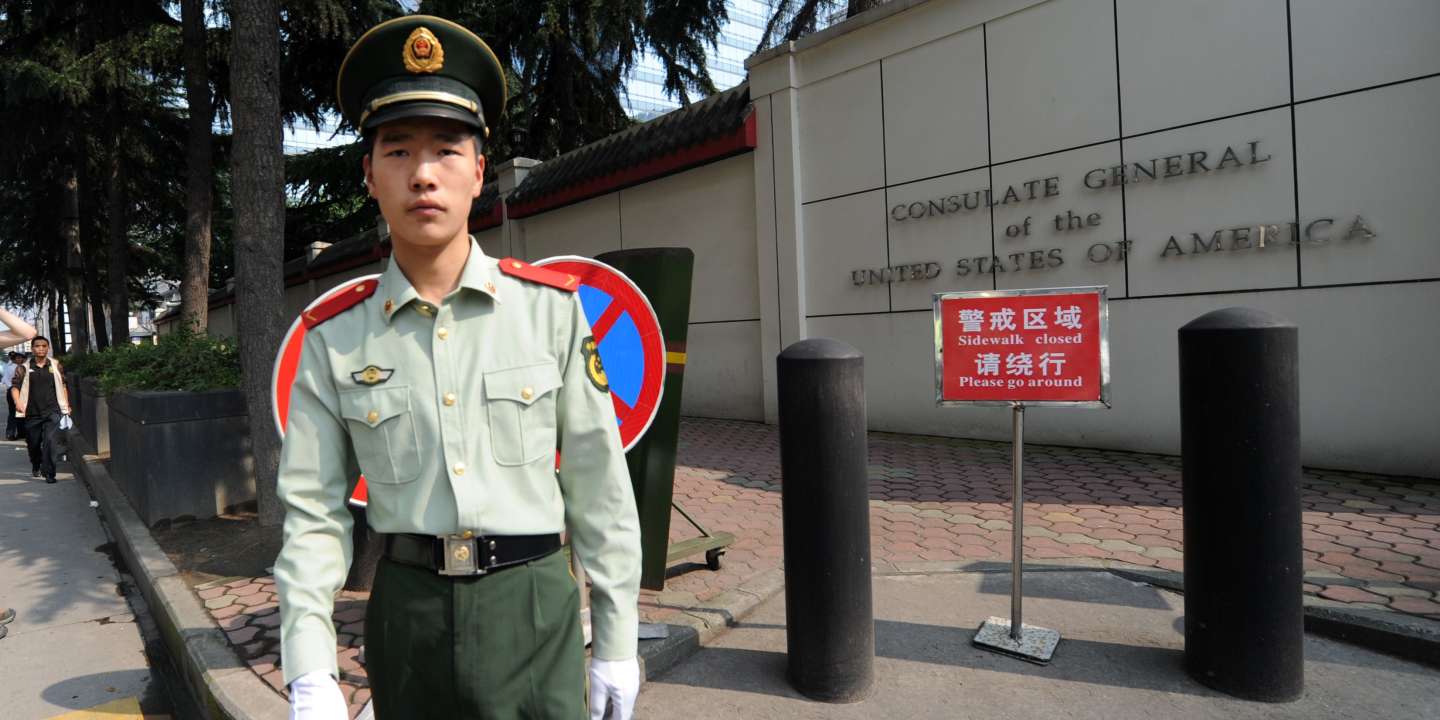 China ordered, Friday, July 24, the closure of the United States consulate in the large city of Chengdu (Sichuan province), three days after Washington’s decision to close the Chinese consulate in Houston.

This decision constitutes “A legitimate and necessary response to the unreasonable measures of the United States”, Chinese foreign ministry said in a statement.

The ministry did not specify when the diplomatic representation should close its doors. In the case of Houston, the Trump administration had only given Chinese diplomats seventy-two hours to pack up.

In addition to its embassy in Beijing, the United States has five consulates in mainland China (Canton, Shanghai, Shenyang, Chengdu, Wuhan) as well as one in Hong Kong.

The Chengdu mission, inaugurated in 1985, covers all of southwestern China, including the Tibet Autonomous Region. According to its website, it has 200 employees, including 150 of local status.

US Secretary of State Mike Pompeo said on Thursday that the Chinese Consulate in Houston was “A hub for espionage and theft of intellectual property” American.

Read also The Chinese consulate in Houston, “a hub of espionage”, according to Mike Pompeo