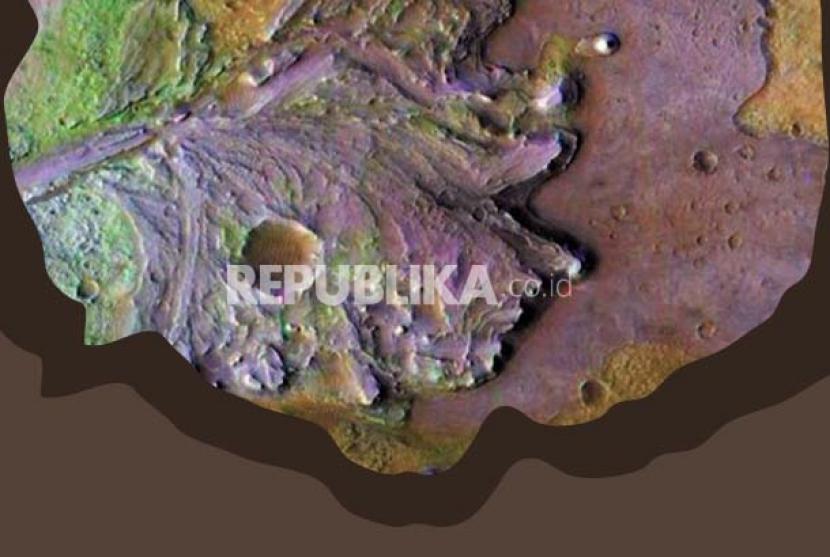 Scientists found the presence of hydrated minerals in the data for the plains of Mars.

REPUBLIKA.CO.ID, BEIJING — The China National Space Administration (CNSA) has revealed new data from the Mars Tianwen 1 orbiter and the Mars Zhurong rover, according to a report from the state-run media network CGTN. Launched on 23 July 2020, Tianwen 1 and Zhurong, along with the lander, reached Mars orbit on 10 February 2021; The orbiter has been operating for nearly 800 days. The explorer and probe reached the Martian surface three months later, on May 14, and the rover has so far crossed 6,302 feet (1,921 meters).

Now, CGTN reports that the CNSA has announced that the orbiter and rover have sent back 1,480 gigabytes of raw data, some of which supports the hypothesis that ancient oceans once existed in Utopia Planitia, the vast Martian plain that Zhurong explores.

Scientists analyzing data have found the presence of hydrated minerals in the “duricrust,” a layer of hard mineral above the soil that normally forms due to evaporation of groundwater. Scientists claim that these findings prove there has been substantial liquid water activity in the region at some point over the last billion years.

They have also determined that Martian soil has high bearing strength and low friction parameters, which would indicate erosion due to wind, water, or both.

Reported from Space, Wednesday (9/21/2022), the hypothesis that liquid oceans once existed on Mars is not new, recent climate simulations have also shown the existence of such oceans. And, in fact, scientists even discovered enormous underground ice deposits beneath Utopia Planitia years before Zhurong’s arrival.

Both Tianwen 1 and Zhurong will continue to explore Mars for evidence of water, but the two robots will also carry out other research. CNSA said its scientists had studied “the relationship between rock density on the Martian surface and the rate of surface erosion, the distribution of ions and neutral particles in the Martian near-space environment and the Martian gravitational field,” according to CGTN.

Studies based on data from Tianwen 1 and Zhurong have been published in Nature Astronomy, Nature Geoscience, and Science Advances, CNSA noted.