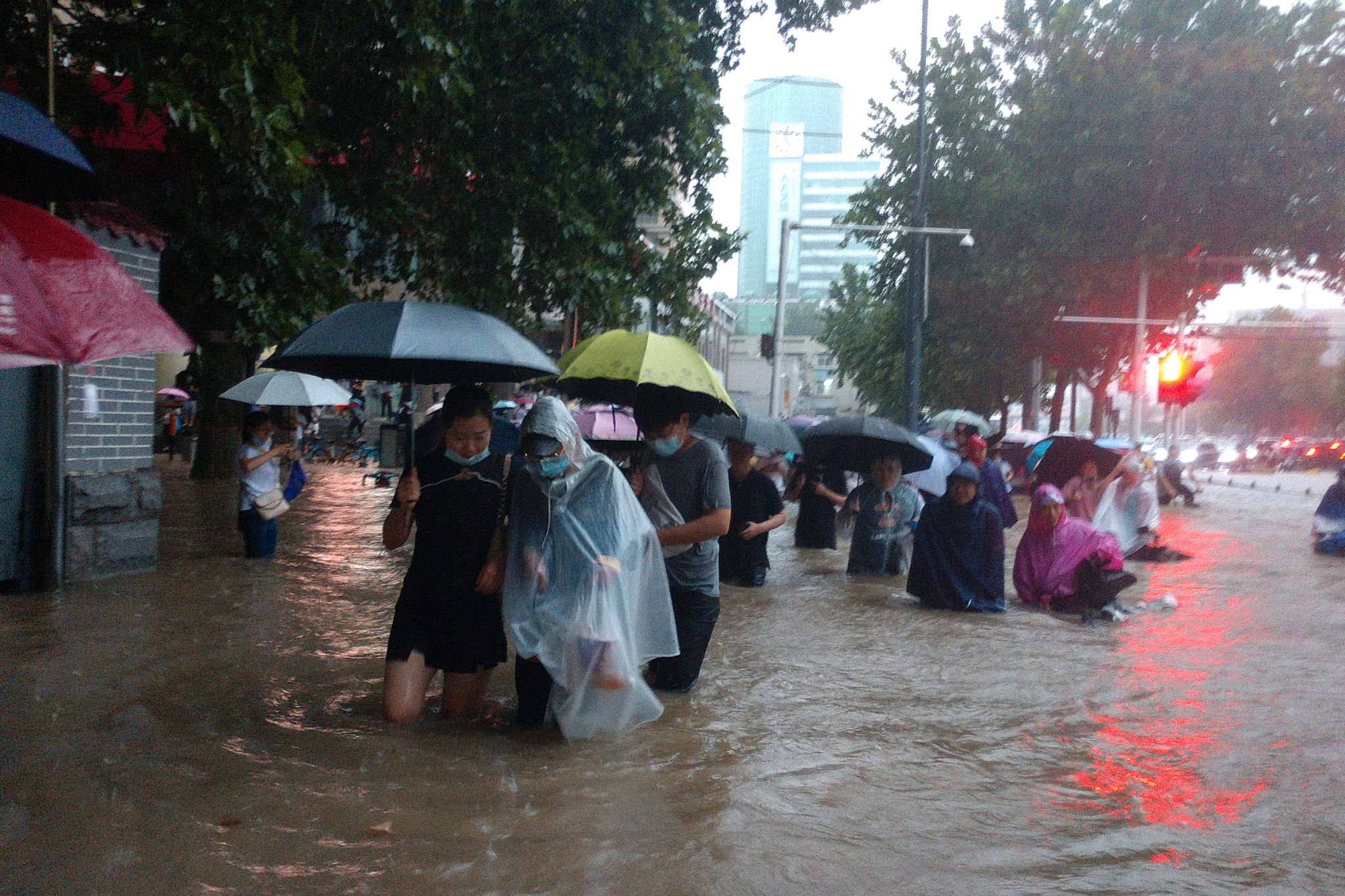 At least 25 people have lost their lives in the major floods that hit parts of central China, and 200,000 people have been evacuated. Seven people are missing.

According to the meteorological services in the country, 617.1 millimeters of rain came from Saturday to Tuesday in the regional capital Zhengzhouha.

Twitter account of the UN Climate Panel states that the city received a rainfall equivalent to eight months of normal rainfall for the area in a single day.

This is supposed to be the worst rainfall in 1000 years, according to the news agency Reuters.

A number of videos are shared on social media that clearly tell about the ravages of the water masses. But this driver in Zhengzhou seems to take it all in stride, even though the water pushes far up the windshield.

Floodwaters have flooded subway tunnels in Zhengzhou, killing 12 people. State media and eyewitnesses on social media reported early Wednesday morning that hundreds of passengers were trapped on trains and in the tunnels. Video footage shows the water reaching up to their shoulders.

Here’s how a Twitter user portrays the flood on the subway:

At least four people also lost their lives near the city of Gongyi when houses and walls collapsed, according to the Xinhua State News Agency.

– The situation is gloomy

Around 600 seriously ill patients had to be transported away from a hospital in Zhenzhou when the electricity supply was cut off.

– This type of rain usually takes place once every 100 years. The situation is gloomy, says a press release from the flood control emergency authority in Zhengzhou.

The city has nine million inhabitants.

On Tuesday, the army warned that a dam was in danger of collapsing in the city of Luoyang, which has seven million inhabitants and is further west of Zhengzhou.

– Some dams have crossed their banks and caused serious damage, loss of life and damage to property. The flood situation is very serious, Xi said according to state media on Wednesday.

He also said that the situation at the moment is at a critical point.