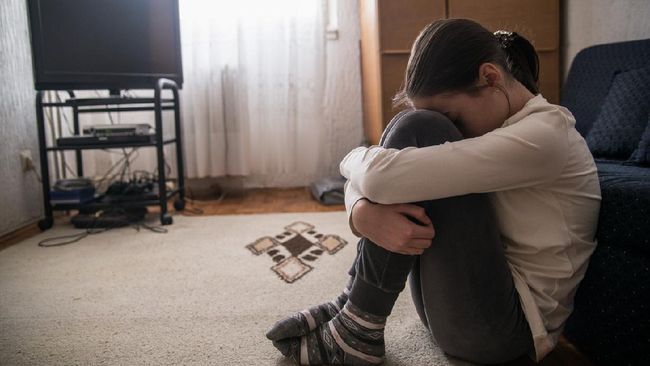 Termination of police investigations East Luwu, South Sulawesi related to the alleged case rape against three children by their own father is covered in a number of awkwardness.

The Deputy Director of the Makassar Legal Aid Institute (LBH), Aziz Dumpa, suspected that from the beginning there were malprocedures in the police investigation so that the termination of the investigation was not appropriate.

Initially the mother of the three victims reported the case in October 2019 and the police conducted an investigation. However, only two months later, the case was dismissed.

“It’s not worth stopping, because since the beginning of the investigation process, there has been a procedural malpractice, which means that it seems that there has been partiality with the reported party from the start,” said Azis Dumpa in Makassar, Friday (8/10).

Another oddity is that the perpetrator is a State Civil Apparatus (ASN) in East Luwu and is friends with the Integrated Service Center for the Protection of Women and Children (P2TP2A).

When the victim reported the rape case to the unit, P2TP2A actually called the perpetrator. In fact, East Luwu P2TP2A should have examined the reported person with a psychiatrist. But what happened was the opposite, it was the victim’s mother who was examined by a psychiatrist.

In addition, the examination of the victim’s mother was also awkward because it only took 15 minutes. However, a psychiatrist’s examination should be carried out in several stages.

See also  The case of Ziemkiewicz. Poland will not escalate the dispute

“But that’s a critical question, how come the mother who was examined was strange, then the victim was only examined once,” said Aziz.

LBH Makassar had urged the police to reopen an investigation into the alleged rape case against this child.

According to LBH, there is some evidence that can only be obtained from the investigation. This includes the comparator’s post-mortem as well as the statements of witnesses and victims.

“The case must be opened first,” said Head of the Division of Women, Children and Disabilities of the Makassar Legal Aid Institute (LBH) Resky Prastiwi, Thursday (7/10) night.

Requests for the case to be reopened were also made from the presidential palace. The Presidential Staff Office (KSP) hopes that the National Police Chief General Listyo Sigit Prabowo can order his staff to reopen the case if any discrepancies or new evidence are found.

“(If) new evidence has been found as presented by the victim’s mother and LBH Makassar, then we hope that the National Police Chief can order his staff to reopen the case,” said Deputy V KSP Jaleswari Pramodhawardani in an official statement received CNNIndonesia.com, Friday (8/10).

Jaleswari emphasized that President Joko Widodo would not tolerate child sexual predators. Jokowi shows this attitude through the issuance of Government Regulation (PP) Number 70 of 2020 concerning Procedures for Implementing Chemical Castration Measures, Installation of Electronic Detection Devices, Rehabilitation, and Announcement of the Identity of Perpetrators of Sexual Violence against Children.

In addition, in one of the limited meetings, Jokowi also requested that cases of violence against children be immediately followed up and the perpetrators received punishments that made them deterrent.

According to Jaleswari, the alleged rape case in East Luwu was very heinous and a serious problem.

“Especially if the person who did it was his biological father. Therefore, the perpetrators must be severely punished,” he said.

The National Police Headquarters claims that the investigation carried out by the East Luwu Police has followed procedures.

However, Karo Penmas Public Relations Division of the National Police Headquarters Brigadier General Rusdi Hartono stated that his party would still take action if there were officers who did not carry out their duties according to the rules.

“So far, what has been done is in accordance with standard procedures when investigators handle a case,” Rusdi told reporters, Friday (8/10).

Meanwhile, a police group led by the East Luwu Police Chief AKBP Silvester MM Simamora visited the victim’s mother’s residence on Friday (18/10) afternoon. They then discussed the investigation into the alleged rape case that happened to their three children.

When met, the victim’s mother, RA, said that the East Luwu Police would reopen the case and the problem that caused the case to be closed would be followed up by the new police chief.

“Just now, the group of the police chief came to the house to meet me directly. Yes, I want to continue this case. Everything that became a problem yesterday, why this case was closed, will be followed up by the new police chief,” said RA to CNNIndonesia.com.