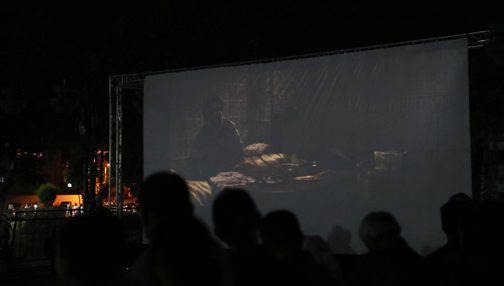 The national federation of film clubs of Morocco (FNCCM) is organizing from October 20 to 24, in Casablanca and Mohammedia, the 11th edition of the Ciné-Université festival.

Organized with the support of the Moroccan Cinematographic Center (CCM), and in partnership, for the first time, with the Faculty of Letters and Human Sciences of Ben Msick (Hassan II University in Casablanca), this edition will allow debates to be held around international films. As it aims to sponsor young talents who make cinematographic films with the means on board, especially in remote areas, by providing quality training and creating spaces for the screening of films, through a competition named after late Mohamed Reggab.

This, “as a sign of consecration of a culture of recognition for the founding generation of the national film project,” said FNCCM president Abdelkhalek Belarbi. And to add that Mohamed Reggab represents a figurehead having carried a project of national cinema thanks to his vision in the cinematographic field.

The program of this cinematographic event includes official competitions for short films produced by film clubs or their members, bearing the name of the late Mohamed Reggab, in addition to the screening of three films out of competition including the film “face to face” by Abdelkader Lagtaâ whose screenplay is written by Noureddine Saïl.

The jury for this competition is also made up of actress Najat Louafi and members of the National Federation of Moroccan Film Clubs (FNCCM) representing the Khouribga, Béni Mellal, and Ouarzazate film clubs. They are Belmjid Toumert, poet, film critic and president of the permanent secretariat of the Khouribga International African Film Festival; Amina Sibari, novelist, film critic and president of the Tasmit Festival of cinema and criticism of Béni Mellal; Sara Hrouf, laureate of the Institute specializing in film and television professions (ISMC) in Ouarzazate.

On this occasion, there will also be the signing of the new book by Mohamed Noureddine Affaya “Knowledge of the image in visual thought, imagination, cinema”, in addition to a videoconference meeting with the Moroccan director Mohamed Chrif Tribek on his work entitled “What is cinema? Writings and reflections to try to understand ”. The program also includes a conference on the contribution of the late Noureddine Saïl in the cultural and cinematographic field in Morocco with the participation of a host of film critics.

And if this edition bears the name of the late Nourreddine Saïl, it is, according to the organizers, to pay him a symbolic tribute that he declined during his lifetime on many occasions.