The Cisco boss is not interested in taking over Ericsson or Nokia.

Dusseldorf The CEO of the US network equipment provider Cisco, Chuck Robbins, has rejected the US government’s proposal to take over the European equipment suppliers Ericsson and Nokia. Attorney General William Barr launched this idea. The idea behind it: This is how the West can counteract the rise of the Chinese network supplier Huawei in the 5G key technology.

Robbins told the Financial Times (FT), however, that building infrastructure for 5G cellular networks – a large part of the activities of European corporations – didn’t fit Cisco’s financial profile or strategy. “When you look at the economic aspects of this particular business, it’s not how we do our business,” said Robbins.

At the same time, he attested Nokia and Ericsson “suitable business models” that were better suited to the lower-margin 5G infrastructure market, where Huawei has become the dominant provider.

According to information from the Handelsblatt, the topic will also be discussed on the margins of the Munich Security Conference. In this way, the United States wants to show the German side what significance the current 5G debate has for them.

This is also supported by a new bipartisan bill in the US Senate: Democrats and Republicans introduced the “Utilizing Strategic Allied (USA) Telecommunications Act” there, which is intended to secure the technology leadership of the West. The United States is expected to invest over a billion dollars in western alternatives to the Chinese providers Huawei and ZTE. European companies should also benefit from this. 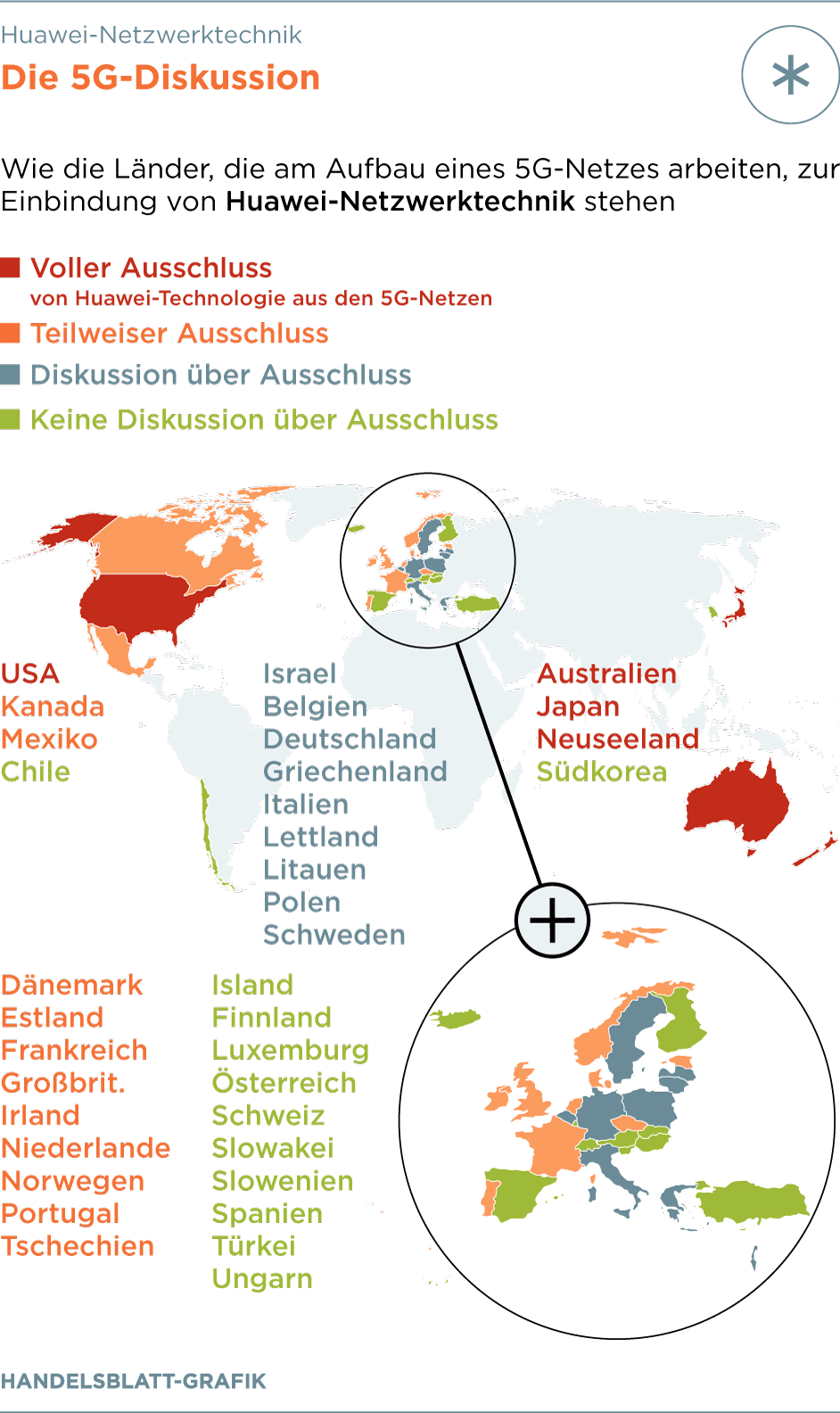 On Thursday, Chancellor Angela Merkel received the heads of the European telecommunications groups Nokia and Ericsson at the Chancellery to discuss the development of the 5G network. The Chancellor receives support from the Union faction.

In a position paper on the 5G network, MPs from the CDU and CSU are calling on the German government to work with EU partners to develop an industrial strategy to strengthen the competitiveness of European providers and “protect them against hostile takeovers from abroad”.

The background to the political pressure from the United States are fears that Huawei could use its 5G technology as a “Trojan horse” for industrial espionage or attack Western infrastructure. Huawei, like any other Chinese company, is required by law to work with the Communist government in Beijing. According to information from the “Wall Street Journal”, the US government should have concrete evidence that Huawei has built back doors into its already established mobile networks, through which information could be skimmed.

The Handelsblatt first reported that this information was also forwarded from the United States to the federal government in Berlin. In this context, we spoke of a “smoking gun”, ie clear evidence. Huawei denies the allegations: “Huawei has no access to the interfaces, this is done via third-party systems under the complete control of the network operator.”

More: Startled by the USA’s takeover fantasies, Europe is making plans to strengthen its own equipment suppliers. The US wants to secure the technology leadership of the West.