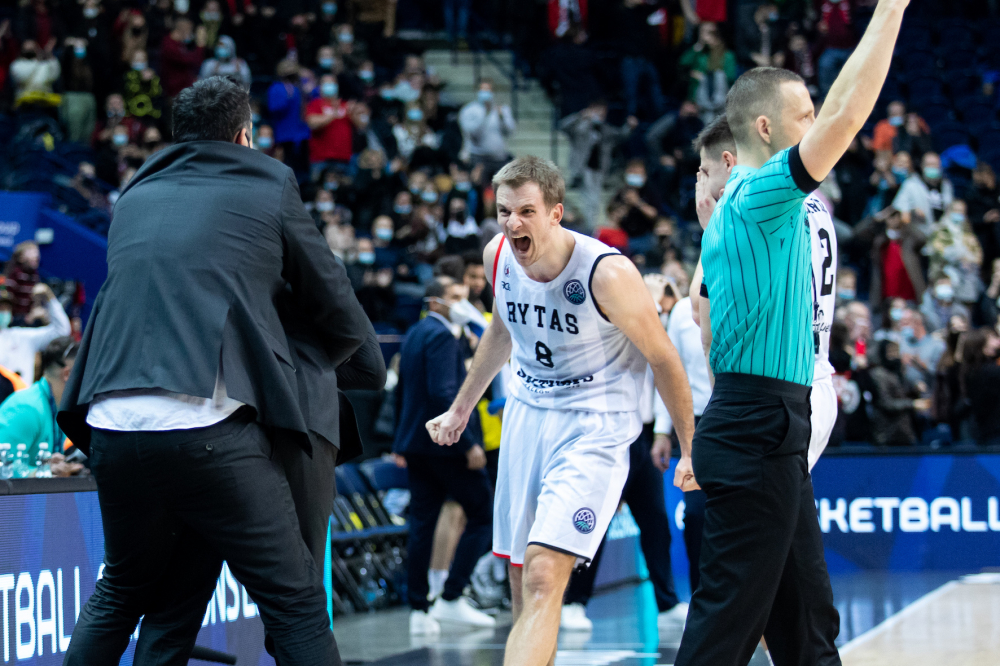 The Vilnius “Rytas” team will start the march in the “Top 16” stage of the FIBA ​​Champions League in the last week of January.

The first rivals of Giedrius Žibėnas students are the Strasbourg IG team, which defeated the Thessaloniki PAOK 2-0 in the series. Vilnius residents will receive guests from France on January 26 (Wednesday) at the Avia Solutions Group arena.

In the second round of the Top 16, Rytas will also play at home when they meet with Falco from Hungary in Sombat on February 2 (Wednesday).

Vilnius residents will finish the first round on the trip on February 8 (Tuesday). It is true that the last competitor in the L group is not yet clear, as Lenovo and Pinar Karšiyaka from Tenerife are fighting in the series.

Lenovo won 76:69 in Tenerife on Wednesday. The second series match will take place on January 18 (Wednesday) in Izmir.

In the second round of the Top 16, Rytas will play only one match – on March 15 (Tuesday) with Lenovo or Pinar Karšiyaka.

The teams that took the first two places in the four groups will take part in the playoffs. The quarterfinals series will lead to two victories, followed by the final four matches from one match.