Shortly after the celebration of September 18, a date that will be experienced in our country in a different way -product of the Coronavirus pandemic-, it led the municipality of Coinco to program endless virtual activities and in this way deliver to the community a remote celebration including local traditions.

This is how the Municipal Administrator Héctor Orellana points out “the Virtual National Holidays program includes the most representative activities. With this we seek that our traditions are maintained, in a new format, but no less significant, “he explains.

In this context, the program includes a set of activities that have made the community feel the eighteenth-century atmosphere “traditionally the celebration of the national anniversary in Coinco hosts massive social activities, among the most significant: soccer championships, sample of community workshops , civic act and parade, Creole games and the great communal inn recalls Orellana.

However, the health crisis forced to rethink the entire traditional scheme “in that sense, the Mayor, Gregorio Valenzuela, entrusted the Department of Culture to lead and organize activities that would allow to maintain, celebrate and commemorate these festivities in the new Covid 19 context,” says the municipal official.

Although it is true, since March the municipality has had to join the new way of doing things. Along these lines, cultural activities have had to be thought in a way where creativity reigns as the best ally. An example of this is that different capsules are included in the online programming that include samples of traditional cuisine, national arts day, dance and music presentations of folk groups and members of workshops that have been carried out by the municipality.

There will also be a general flagging of the commune, greetings from the authorities and community organizations, Prayer for Chile, tour of huasos from 08:30 a.m. on the 18th from the extreme points of the El Cajón and Millahue communes simultaneously to pass through different sectors and reach the Plaza de Coinco.

Its organizers emphasize that the interpretation of the national anthem is the only face-to-face activity of all this rich programming, which will give way to the official act and the virtual civic parade which keeps the community expectant, which will be broadcast in capsule format at noon September 18 on the different platforms. On the 19th, the celebrations will end with various presentations with great artistic content of dance and music by students from various workshops and classes taught by the Department of Culture.

On the other hand, the contest “Chile in my Heart” was organized, to which the participants had to upload a photograph that represents the meaning of these national holidays which attracted an active participation for the award which includes a slaughtered lamb, wine, drinks and empanadas, as a prize for first place, an award that will be announced next Tuesday, September 15. In this way, we seek to keep our own traditions alive, in a different way, but no less significant. 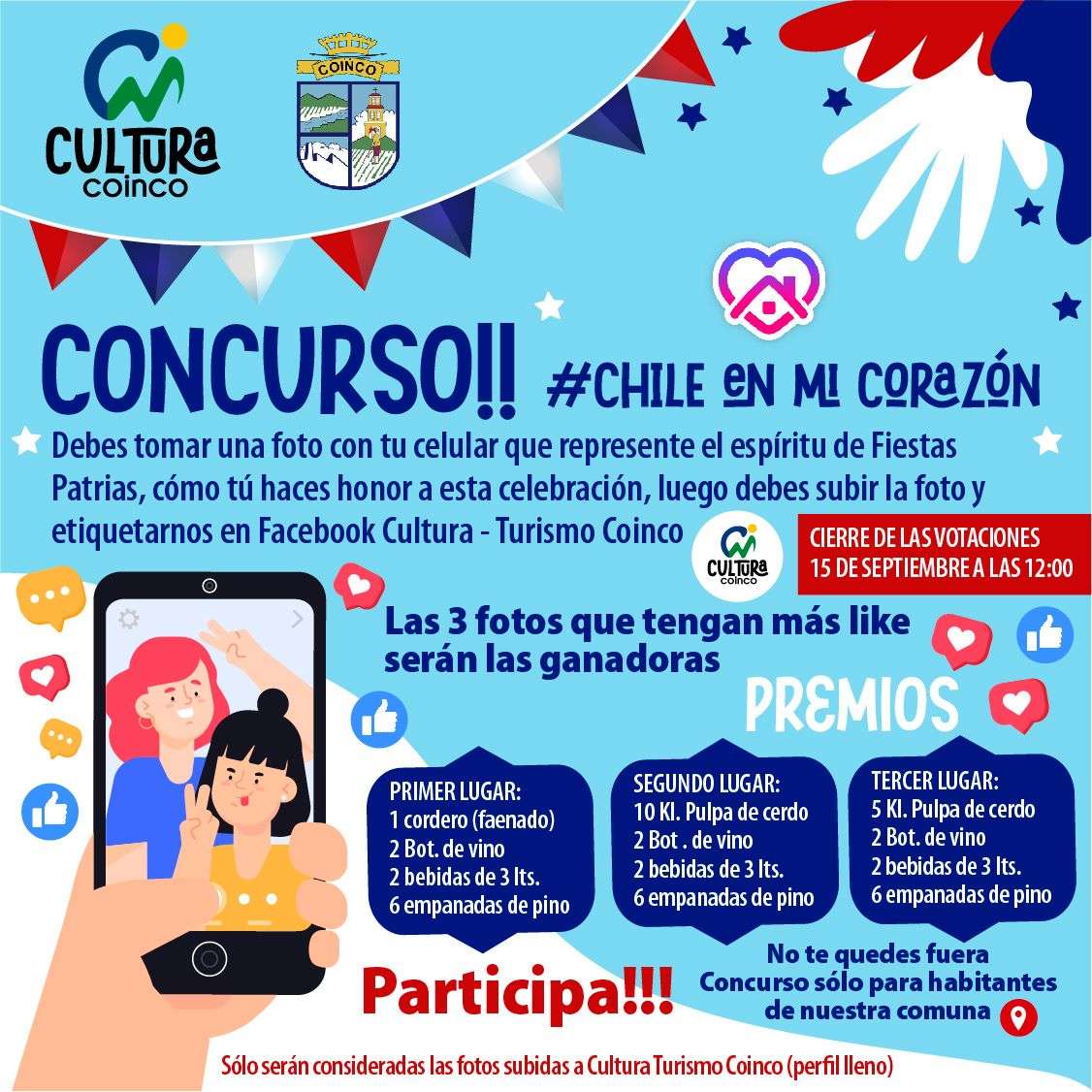