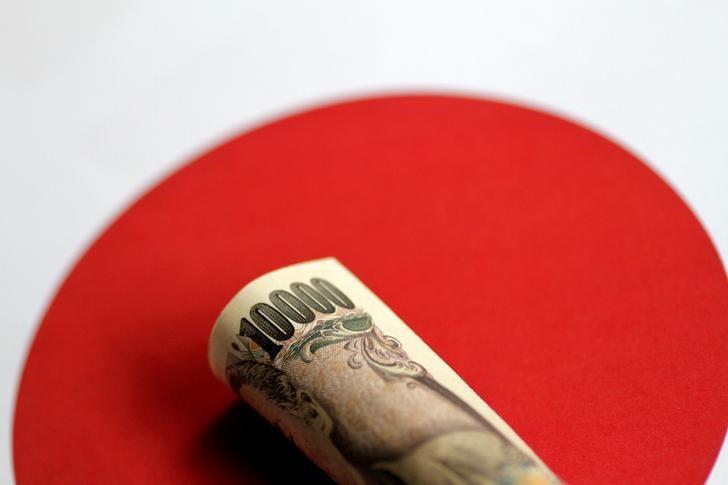 [TOKYO (Reuters)]- Japan’s trade deficit continues to expand. In July, it was 2.1 trillion yen (seasonally adjusted), and it is a situation where we may have a deficit of over 20 trillion yen on an annual basis. The income balance in fiscal 2021 will be in the black of 19 trillion yen, and there is a possibility that the current account will fall into the red. The reason for this is that Japan’s “earning power” has been greatly reduced, and if the wealthy class becomes worried about the future of Japan, an unexpected acceleration of the depreciation of the yen due to individual flight of funds. It looks like it will happen in the not too distant future.

Looking at the seasonally adjusted trade balance for July announced by the Ministry of Finance, imports surged to 10.5699 trillion yen, and after subtracting exports of 8.4366 trillion yen, there was a deficit of 2.1333 trillion yen. If the trade deficit builds up at this pace, there is a possibility that it will reach 20 trillion yen to 25 trillion yen annually.

The “textbook” mechanism is that if the trade deficit expands, the yen will depreciate and exports will increase, thereby reducing the deficit. However, despite the depreciation of the yen since the beginning of this year, the export volume continued to decline year-on-year for five consecutive months from March to July.

The reason for this is the decline in automobile production due to the shortage of semiconductors, but the more important reason is that the shift of Japanese manufacturing industry to overseas has become conspicuous, and the volume effect of the weaker yen has ceased to function.

There is a growing possibility that the war between Russia and Ukraine will continue well into the new year, with no prospect of the ceasefire in August, which was observed by some. As long as the war continues, we cannot expect a large drop in resource prices, and the author believes that there is a possibility that the annual trade deficit of 20 trillion yen will continue.

That said, many market participants seem to think that if the current account surplus can be maintained, it will not have a large impact on the Japanese economy or market prices.

Even if Japan falls into the current account deficit in a single fiscal year, Japan’s net foreign assets stood at 411.1841 trillion yen at the end of March 2021, and long-term interest rates will not rise due to an immediate decline in Japan’s creditworthiness.

However, when Japan’s “earning power” declines and it becomes clear to everyone that the trade deficit will continue to accumulate and the current account deficit will continue, the movement of “selling the yen” will become active in the foreign exchange market, and the yen will depreciate. It will be more likely.

My view is that personal money will appear as one of the driving forces behind this. According to the Bank of Japan, household financial assets stood at ¥2,005 trillion at the end of March 2022, of which cash and deposits accounted for ¥1,088 trillion. It is the so-called wealthy class who hold a considerable portion of this huge amount of cash and deposits.

This class has no hesitation in investing in foreign currency-denominated assets, considers profit opportunities and risks, and buys foreign currencies and sells yen without hesitation if it judges that returns are likely to be high. In fact, seeing the marked rise in the dollar and the yen’s depreciation since March of this year, it appears that individual investors are increasing their purchases of dollar-denominated assets.

The rapid increase in sales of high-priced items such as luxury watches at department stores seems to be a mysterious phenomenon in the current situation where yen prices are rising due to the depreciation of the yen. However, from the perspective of the wealthy class, whose purchasing power has strengthened due to the increase in unrealized gains on dollar-denominated assets, the hurdles to overseas travel are relatively high, so it seems that they can easily buy it.

The author believes that if individuals start to move away from the yen (fund flight) in earnest, the yen may depreciate beyond the expectations of foreign exchange market participants. At present, many participants believe that the possibility of the dollar/yen pair rising above 140 yen is declining.

However, as the trade deficit continues to expand, the current account balance slips into the red on a monthly basis, and the possibility of an annual deficit is pointed out, it is expected that individual selling of the yen is likely to surface.

A depreciation of the yen exceeding 140 yen will suddenly worsen the earnings situation of domestic small and medium-sized enterprises and local primary industry workers who cannot escape to the dollar. Unified local elections will be held in April next year, and the negative impact of the yen’s depreciation will invite backlash from supporters of the Liberal Democratic Party and New Komeito.

For Prime Minister Fumio Kishida, who has been recuperating at a famous Japanese inn in Shizuoka Prefecture since the 17th, the individual’s declining yen will probably become a phenomenon that cannot be overlooked. It is strange that the government and ruling parties have not voiced any concern about the harmful effects of the expanding trade deficit.

*Content such as news, trading prices, data and other information in this document is provided by Reuters columnists for your personal use only and is provided for commercial purposes. Not a thing. The content of this document is not intended to solicit or induce investment activity, nor is it appropriate to use the content for the purpose of making a trading or buying or selling decision. This content does not provide any investment, tax, legal, etc. advice that constitutes investment advice, nor does it make any recommendations regarding specific financial stocks, financial investments, or financial products. Use of this document does not replace the investment advice of a qualified investment professional. Although Reuters makes reasonable efforts to ensure the reliability of the content, any views or opinions provided by a columnist are those of the columnist and not those of Reuters.