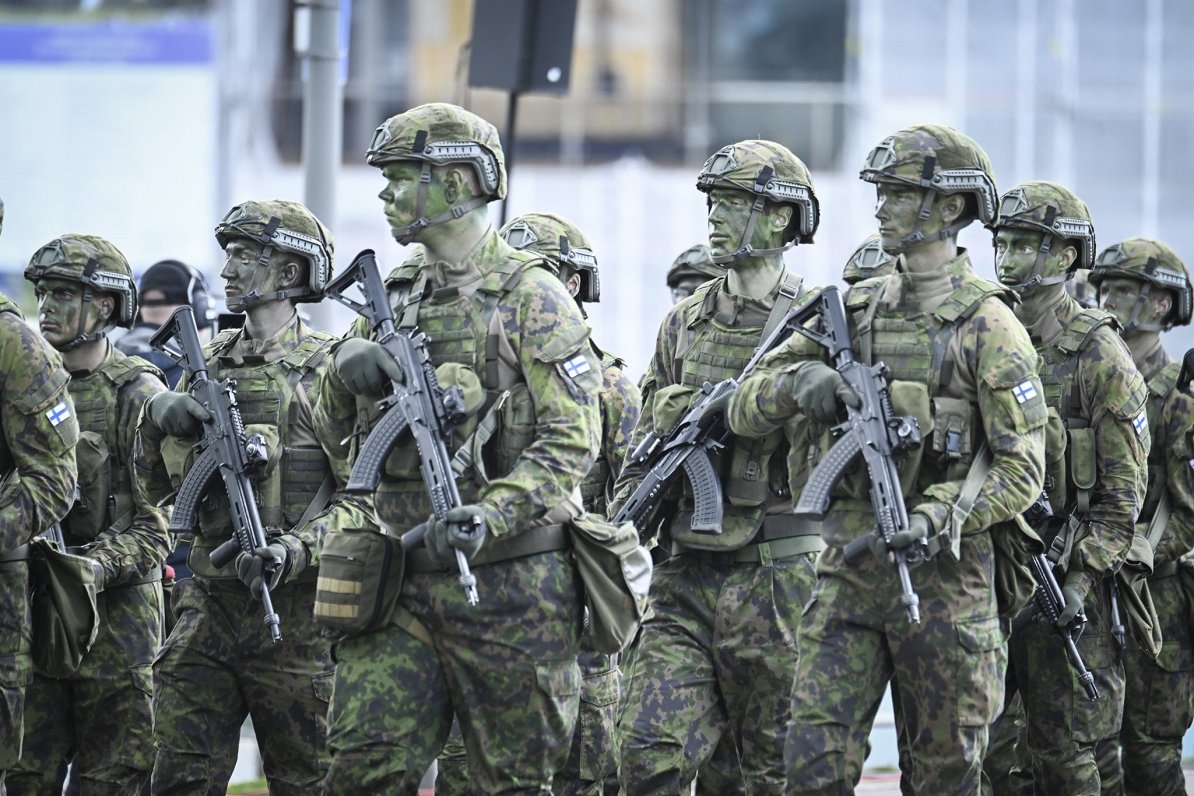 State Secretary of the Finnish Ministry of Defense Esa Pulkinen was invited to a conversation by LTV journalist Ina Strazdiņa.

State Secretary of the Ministry of Defense of Finland Esa Pulkinen

Ina Strazdiņa: You are here in Latvia to talk about one of the issues that are very relevant for us at the moment, namely the possible mandatory military service. It has been operating in Finland for many years. Would you recommend building it here as well?

There is Pulkinens: If I were to answer like a typical Finn, then the answer would be in one word – yes! Conscription has been the cornerstone of Finland’s national defense since we gained independence, and it is the only way we can build our military deterrence.

We could see this already during the Second World War. It worked brilliantly. And we haven’t seen the need to change that. And the other good thing – it has really made a big contribution to people’s will to defend their land, which is also shown by the families where sons are growing up. They support compulsory military service.

In Finland, recruits must be 18 years of age?

Yes exactly. Usually, the service lasts from 6 to 12 months, and people who have reached the age of 18, more often 19, are called up. Before they start working life or study at university, there is military service. But since we are a democratic country, alternative service is also possible. It is as long as the longest regular military service. It is usually chosen by young people who do not want to serve, for example for ethical reasons.

If someone wants to immediately start studying at a university, for example, they are an artist, a pianist. What happens in these cases?

The current trend is that we are increasingly trying to respect people’s skills and competences. For example, if someone is very good at computers, or someone has media skills, or some physical specifications, we try to take that into account.

But in the army there are also opportunities for growth, the opportunity to grow. If someone already has university experience, then we can also shorten the service in certain cases. But in principle, everyone is the same, whether you are a student or not, it can help in some cases, but in general the training will be the same.

However, a few years ago there was a debate in Finland about whether compulsory service was necessary. What happend?

As I said, we are a democratic country. And different opinions exist even today. But now there is more discussion about how equal women and men are in this situation. We have a compulsory military service committee in the parliament, which has evaluated everything and came to the conclusion that nothing needs to be changed for the time being. The service remains compulsory for men only.

But the novelty will be that the call to join the army will take place in two rounds – first, when young people are of high school age – 15, 16, 17 years old, and it will be for both boys and girls. But this will mean that in this case young people will simply be informed about what the army is and what it can provide. And in the second round – when there will be a call-up, in which it will be decided which direction to take in the army, however, it will primarily apply only to men, while women will be able to apply voluntarily. We are moving towards equal opportunities for both sexes.

See also  European Union Passes Care to Protect, Can Be Used in 27 Countries

However, the issue of complete abolition of compulsory service has never been on the agenda. Maybe a political party has mentioned something once in a while, but the general position is that we would not be able to provide our military defense with a professional army alone.

In your opinion, in Latvia, where we currently have only a professional army, are we relatively weaker militarily than our neighbors?

Being an outsider, of course, I cannot judge your abilities. But what I have seen in Latvia – you have a strong will to defend your country, and the discussions about compulsory military service are also a good indicator of that. Of course, it will depend on political choice. However, even as NATO members, we are responsible for our own defense. And then the alliance comes and provides support. And this is what I feel and see in the discussions here in Latvia, also in Estonia.

Compulsory military service was abolished in Sweden more than 20 years ago, but it has now been reinstated. I think it’s a good life insurance policy for small countries. It doesn’t cost that much. And this has many positive consequences.

Of course, for some time in the service, young men and sometimes women are out of the labor market or out of universities and other schools. But the service is still a good investment. Because also in the army you learn and acquire knowledge that can later be useful in the study process, at work, in life. Therefore, I wholeheartedly support compulsory military service in Latvia, which, by the way, you have already experienced here.

When Russia launched its attack on Ukraine, did your people feel that Finland might also be drawn into the war?

That’s a good question that I won’t be able to answer very well. But I think there are two different dimensions. When Russia invaded Ukraine, most Finns, myself included, thought that Ukraine was like Finland in 1939, when Stalin’s troops invaded Finland and when it fought alone against a huge enemy.

Today it is indeed very deep in the hearts and minds of Finns. Because of our historical experience, we are very much on the side of Ukraine and Ukrainians.

How strong and secure is your border with Russia right now?

The 1,300 kilometer long border is as peaceful and quiet as it has ever been. True, with one exception in 2015, when the Russians forced illegal immigrants to move across it, which was a problem for Finland and Norway. But now everything is calm.

Our border guards, who do their job very professionally, also deal with Russian spies, which means that there is thorough control from the Russian side as well.

So far, we have not observed any unexpected maneuvers, movements near the borders, and of course you know this well here in Latvia, this part of Russia is almost empty, because the soldiers have mostly been moved to Ukraine. Which confirms again that we are not a threat to Russia and that they have this luxury, so to speak, to move all the soldiers to Ukraine, which is, of course, terrible.

And although now the borders are calm, I have to say, people living near the border with Russia are occasionally worried about what might happen in the future. But our membership in NATO will strengthen our defenses and have an impact on the hearts and minds of our people.