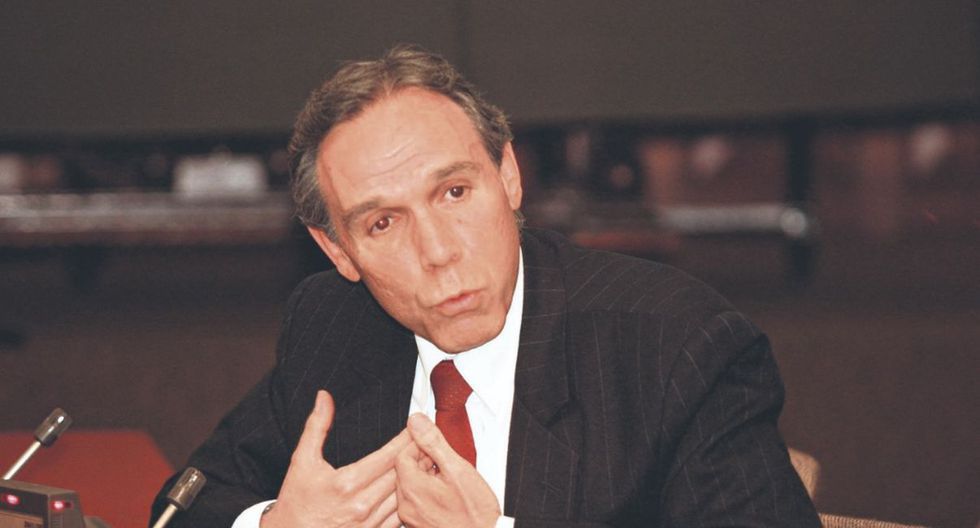 Another pending of the 2016-2019 dissolved period is the election of Gonzalo Ortiz de Zevallos in the Constitutional Court, since the ex-legislator Patricia Donayre presented a reconsideration that was never resolved. Less than a year later, the MP Jorge Pérez (We are Peru, Lambayeque) seeks that the current Congress resolve the issue by canceling the process.

For this, Congressman Jorge Pérez has presented a motion stating that the previous legislative period acted in an “arbitrary and accelerated” manner in the election of Ortiz de Zevallos, making it necessary to annul the process.

LOOK: Fast track legislation: All the regulations approved to date that did not have a technical study

“It has been repeatedly demonstrated that the process of electing the members of the Constitutional Court, begun by the dissolved Congress, has not concluded and it is up to this new Congress, to assume the historic challenge of ruling on the challenges filed, declared founded and to initiate a new candidate selection process, which obeys strictly technical and meritocratic criteria ”, Pérez points out in one of the letters attached to the digital file of his motion.

In this sense, the legislator of Somos Peru also proposes to declare null the legislative resolution that issued the dissolved period regarding the case of Gonzalo Ortiz de Zevallos.

The parliamentarian Pérez also sent a letter seeking that his motion be scheduled in plenary session on Thursday May 7, but his request was not taken into account.

Sources of the Board of Directors indicated to this newspaper that it has been raised with the President of Congress, Manuel Merino (Popular Action, Tumbes), Settle this issue in plenary on Thursday the 14th, but there is still nothing defined.

From the bench of Somos Peru they hope that Merino will make a decision on the same Thursday and the issue can be scheduled. Thus, the 2020-2021 Congress will have culminated with the two outstanding peaks of the dissolved period: the resignation of Mercedes Araoz to the vice presidency of the Republic and the truncated election of Gonzalo Ortiz de Zevallos in the TC.

The plenary session of the previous period approved the appointment of Gonzalo Ortiz de Zevallos, but a reconsideration was presented to the vote that was never put to debate. It was former legislator Patricia Donayre who indicated that on Monday, September 30 – the same day as the Ortiz de Zevallos case was voted – a reconsideration of the election was raised, which was not attended.

At the time, ex-congress officer José Elice explained to RPP Noticias that if Donayre’s request for reconsideration of the vote was presented before the act was approved, it had to be processed.

In that sense, the election would not have concluded “Only if it came before, it had to be processed. The process cannot be terminated until it is processed ”Elice said.

In October 2019, the plenary of the Constitutional Court rejected the incorporation of Gonzalo Ortiz de Zevallos. The highest constitutional body indicated that Congress 2020-2021 should resolve the challenges to the vote of Ortiz de Zevallos to be a member of the court, presented by some former parliamentarians who claim that the procedure for electing the aforementioned lawyer is not finished.

In October of last year, when he asked the TC to swear as a member of said institution, Gonzalo Ortiz de Zevallos Olaechea He affirmed that his election was legal since, he said, he obtained the number of votes required by law.

“(It is a) Position for which I have been elected by the Congress of the Republic with the qualified vote of two thirds of the legal number of the members of the Legislative Power (…) with the agreed vote of 87 congressmen,” he said. at that time.

Ending the process is now in the hands of the new Congress 2020-2021. After that, the national representation should focus on choosing replacements for the six TC magistrates whose term expired in June last year.

How long does coronavirus survive on a surface?

It is not yet known exactly how long this new virus survives on a surface, but it seems to behave like other coronaviruses.

Studies indicate that they can survive from a few hours to several days. The time may vary depending on the conditions (type of surface, temperature or humidity of the environment).

How to put on, wear, take off and discard a mask