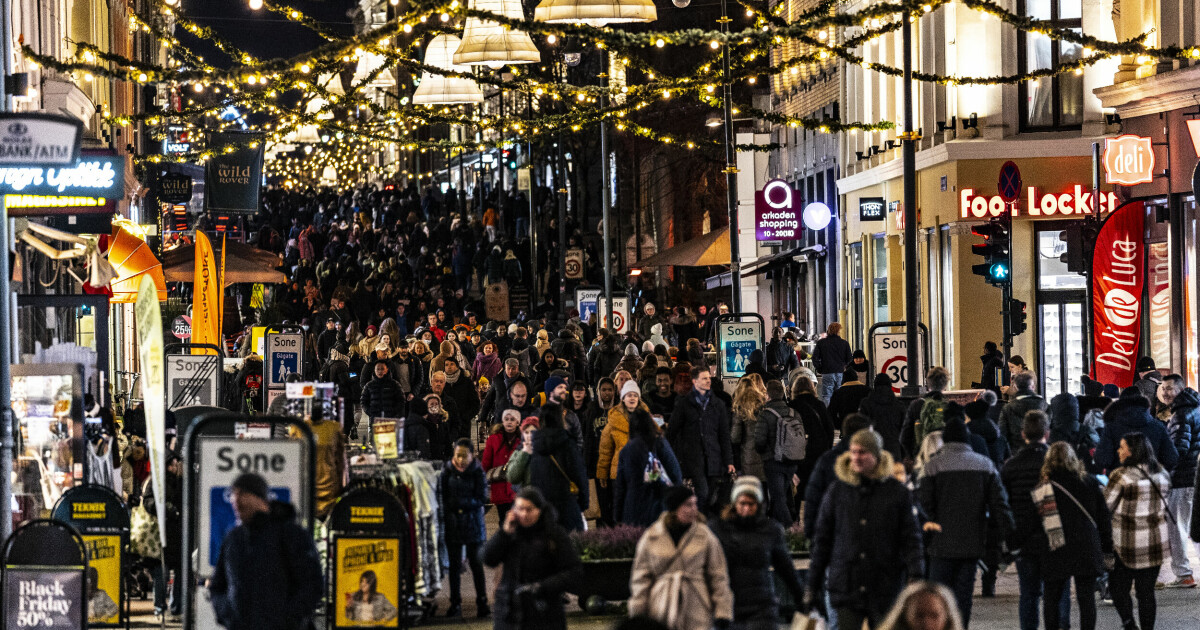 On Wednesday, four cases of omicron were confirmed in Norway. In addition, a number of suspicious virus samples are being investigated for that virus variant.

Among other things, 50 infected people attended a Christmas dinner in Oslo, probably infected by omikron.

At the same time as the new variant is causing concern, the corona situation in Norway is already challenging. In the last seven days, an average of 2889 corona infections have been registered per day in Norway and the trend is increasing. Over 250 patients are hospitalized, and NIPH expects more admissions.

Assistant health director Espen Rostrup Nakstad believes that there may already be large numbers of omicrons in society.

– It is quite likely that we have unknown cases of omicron in Norway. It is demanding when the variant is expected to be more contagious. Then the outbreaks can get more branches faster, before we are actually aware of it, he says.

FHI believes that if the omicron variant becomes dominant, the epidemic may become more difficult to control.

Nakstad believes it is likely that omikron will take over.

– The probability is quite high when you look at the trend and how fast this has gone compared to how fast the delta took over. Delta spent a few months, the same with alpha. Omikron can take over faster, he says.

Nakstad believes we can already establish that the variant is more contagious than the previous ones.

– The reports from abroad definitely indicate that it is more contagious. The question is how much more.

He believes the most important answers we need now are whether the vaccines still protect against infection and serious illness.

– Maybe the vaccines protect less against infection, but we obviously hope that they protect against serious illness. These things will be important to clarify when we deal with this in Norway and throughout Europe.

– We are in a difficult situation

The government introduced new measures Tuesday, which included a recommendation for a bandage and extended the quarantine of infection on suspicion of omicron.

– We are in a rather difficult situation where we need more knowledge. At the same time, we need the virus not to spread too much, so that we can deal with it if it takes over. We have come up with new measures, so that we can get an overview of the situation before the infection becomes too big a problem, says Nakstad.

He says that the health authorities “follow the situation hour by hour and work continuously with handling omikron”.

– We have of course come up with new advice when it is clear that we have omikron also in Norway, and we work with this every single day. We are considering what is to happen municipally, regionally and nationally and here there may be changes continuously. People must keep a close eye on the next few days, also on the infection situation, he says.

– Then there are tightenings of measures we are talking about?

– Yes, it is both this with compliance with the measures that have been introduced. And then it may be relevant with new measures if it does not have an effect.

Nakstad emphasizes that compliance with current advice and rules is becoming all the more important now that omikron has come to the country.

– The rules we live by are even more important now. In addition, the municipalities must be out early with testing and infection tracking, more as they did three quarters of a year ago. We have to be at that level with omikron.