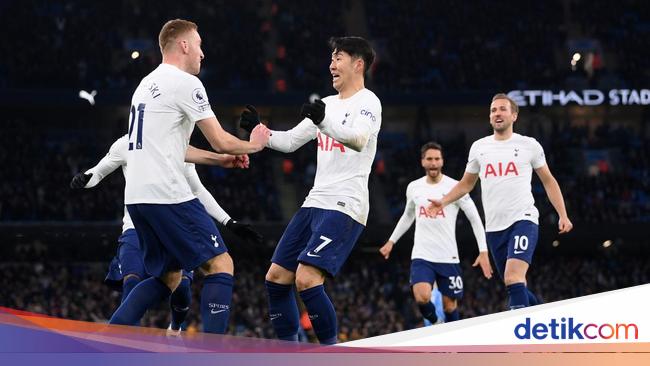 Manager Tottenham Hotspur, Antonio Contepraise Rodrigo Bentancur and Dejan Kulusevski for the impact of quickly adapting in the Premier League. That’s what he said!

Both players joined Tottenham from Juventus on January 31, 2022. Bentancur is a permanent purchase with a contract until 2026 and Kulusevski is on an 18-month loan.

After three appearances as a substitute, Kulusevski has started in Tottenham’s last eight games in all competitions. The Swedish winger made his first start in the 3-2 win against Manchester City and scored straight away.

Bentancur was plagued by injury against Burnley. He then returned to fitness and started in Tottenham’s last four Premier League games.

“For sure, they came in their own way, in a short time, that’s positive for us. It’s very important when you sign young players to understand that the Premier League is very difficult and before signing new players you have to check a lot of qualities,” Conte was quoted as saying. from the club’s official website.

“Players have to be good technically, you can work and be good tactically and you can work to improve, but at the same time they have to be strong, physically, fast, with a good engine. In these two players we found all the characteristics for the league. this.”

“Then, they are very young. Bentancur is only 24 years old but has played 200 games. Kulusevski is in the starting XI of his national team. Don’t forget they come from a club where the pressure is already very high. For this reason, they are ready to manage this situation, ” he insisted.