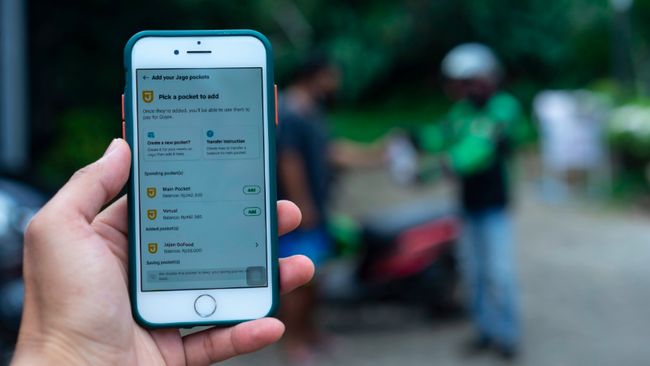 This KIOS subsidiary does sell digital products such as credit, e-money and various other bills.

Seen from the income post, revenue KIOS only comes from digital products (electronic credit) of Rp. 94.99 billion, while in the post of income from PPOB (online bank payment points) and e-commerce, there is zero. Whereas in Q1-2020, there were still revenues of IDR 216.32 million and IDR 7.32 million, respectively.

Based on the disclosure of information on the Indonesia Stock Exchange (IDX), the management of KIOS, in answering a question to the IDX about why there is no subsidiary contribution to revenue, stated that Narindo no longer has an agreement/contract with the customer.

Previously in 2020, the contribution of subsidiaries (Narindo and PT Kioson Fintech Indonesia) Kioson’s revenue was very large, reaching 82.3% or Rp. 750 billion of the total consolidated revenue as of December 31, 2020, which was Rp. 912 billion.

Throughout 2020, KIOS through Narindo received revenue of Rp. 166.55 billion from cooperation with PT Applications Karya Anak Bangsa (Gojek) or 18.25% of net income.

Not only Gojek, Tokopedia is also a major customer with transactions that contribute to 14.55% of total revenue or Rp 132.76 billion.

To the IDX, Kioson also gave an explanation related to the projected financial performance of Narindo Solusi Communication that over the next 5 years it will book a net loss, based on the KJPP report (Public Appraisal Service Office).

Kioson management said that the large amount of Narindo Communication Solutions revenue from 2016 to 2020 was because the company had many strategic customers such as Gojek, Tokopedia, Blibli and Matahari Mall with very significant transaction values.

“However, in 2021, Narindo no longer has strategic customers like in previous years, so Narindo’s management made changes to its business strategy by focusing on small retail customers,” said KIOS management, quoted by information disclosure, Thursday (29/29/2011). 7).

Kioson added that by looking at the realization until March 31, 2021, where Narindo is still in the process of a new business strategy so that it has not provided good performance, management projects that the revenue that can be generated will be much smaller than in previous years.