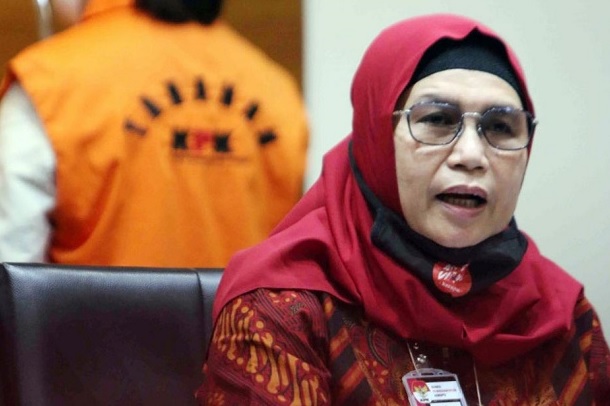 JAKARTA – The Jakarta Corruption Court (Tipikor) held a follow-up hearing on the alleged case bribe related to the handling of cases with the accused former investigator of the Corruption Eradication Commission (KPK) from the National Police, AKP Stepanus Robin Pattuju.

In the trial with the agenda of cross-examination of the two defendants, it was revealed that there was a conversation between the Mayor of Tanjungbalai, M Syahrial and the Deputy Chair of the KPK, Lili Pintauli Siregar. The conversation was allegedly related to M Syahrial’s request to Lili to be assisted in his case. At that time, Syahrial was known to be involved in the bribery case of buying and selling positions in Tanjungbalai.

The conversation was dismantled by Stepanus Robin, who in today’s trial was a witness for the defendant Maskur Husain. Stepanus Robin initially admitted that Syahrial asked for help in finding information related to the case of buying and selling positions. Then, said Stepanus, Syahrial suddenly dragged the name Lili Pintauli Siregar.

“In the beginning, we only monitored whether this was really a case at the KPK. And that was all who was looking for information, Mr. Maskur. Then after the communication lasted for about 1 week, I was contacted again by Syahrial,” said Stepanus Robin to the prosecutor in the courtroom, Monday. (22/11/2021).

“At that time it was office hours, I remember, Syahrial called me in the afternoon, he said: ‘Bang, have you received this information yet? Because I was just contacted by Mrs. Lili Pintauli Siregar,” he said.

See also  should we fear returning from holidays in France?

Stepanus Robin continues Syahrial’s story. In essence, Stepanus said, Lili informed him that the files suspected of the Syahrial case had landed on his desk. Hearing information from Lili, continued Stepanus, Syahrial then asked for help.

“The point is to say; ‘Rial, how is it that your file is on my desk?’ Then Syahrial answered: ‘So what, Ma’am? Help me,’ “said Stepanus.

“Then Mrs. Lili said: ‘Yes, if you want to be helped, you will go to Medan and meet a lawyer named Arif Aceh.’,” he continued.

“Shahrial said to me, ‘This I have confirmed correctly.’ Then I asked, who did you mean by Mrs. Lili?’ said Syahrial,” said Stepanus, breaking his conversation with Syahrial.

“O, means that this brother is in communication with him?’. ‘Yes, I was told to contact Arif Aceh.’ Then Syahrial asked; ‘Do you know the name Arif Aceh? Is he from the KPK or?’ I said that there is no Arif Aceh in the KPK as far as I know,” he concluded.

Meanwhile, the Rp11.5 billion money came from the non-active Mayor of Tanjungbalai, M Syahrial, amounting to Rp1.69 billion. Then, a total of Rp. 3 billion and US$ 36,000 came from the Deputy Speaker of the DPR RI from Golkar, Azis Syamsuddin and the former chairman of the PP Youth Forces of the Golkar Party (AMPG), Aliza Gunado.