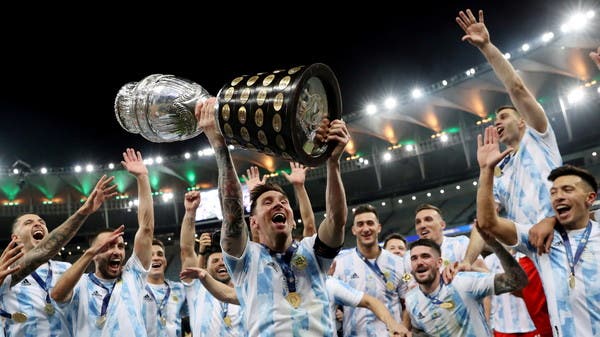 Perhaps the difficult circumstances that Argentine football star Lionel Messi went through last season with his former club Barcelona were enough to put him outside the nominations for the awards he used to win over the past years.

But Messi’s talent and four weeks of brilliance with his country were enough to make the player on the final list of candidates for the award for the best player in the world in the referendum of the International Federation of Football Associations (FIFA) for the year 2021.

Messi reached the final list of nominees for the award for the fourteenth time in his football career so far, equaling the record number of times in this list with Cristiano Ronaldo.

Messi holds the record for the number of times to win the award with six times, including four times in which the award was presented after a joint referendum between FIFA and the French sports magazine “France Football”, which recently awarded Messi the Golden Ball award for the best player in the world for the year 2021, to be the seventh time in which he has scored Messi won the Ballon d’Or, including the four times he shared with FIFA.

Now, Messi is looking forward to winning the FIFA award for the seventh time in his career and consolidating the record he holds.

Messi went through a difficult period with Barcelona last season, especially after he was forced to stay in the team, despite revealing before the beginning of last season his desire to leave the “Camp Nou”.

Barcelona’s achievement last season was limited to winning the King’s Cup, while the team came out of the Spanish League and the European Champions League empty-handed, and Messi won for the fifth consecutive season the title of top scorer in the Spanish League after scoring 30 goals for the team.

But the opportunity was favorable for Messi to maintain his luster and confirm his continuity among the “best” in the world through his career with his country in the South American Nations Cup (Copa America 2020), which was held over four weeks in the middle of this year.

Indeed, Messi succeeded in imposing his glamor through this tournament, as he led his country to win the championship title, to be the first title for the Argentine national team in major tournaments since 1993.

Messi crowned the Argentine national team with the championship title after the end of last season with Barcelona and weeks before his move to Paris Saint-Germain in a transformation that no one expected years ago, as all expectations indicated that Messi would remain in the ranks of the Catalan club until the end of his football career, given For his great emotional connection with Barcelona.

During his career in the Copa America, Messi presented distinguished statistics as he scored four goals for the team and assisted five goals for his teammates to top the list of top scorers for this edition of the tournament, and also topped the list of players who made the most goals in the same edition.

It was not surprising that Messi won the title of best player in the same edition of the tournament, which put him among the candidates for the award for the best this year.