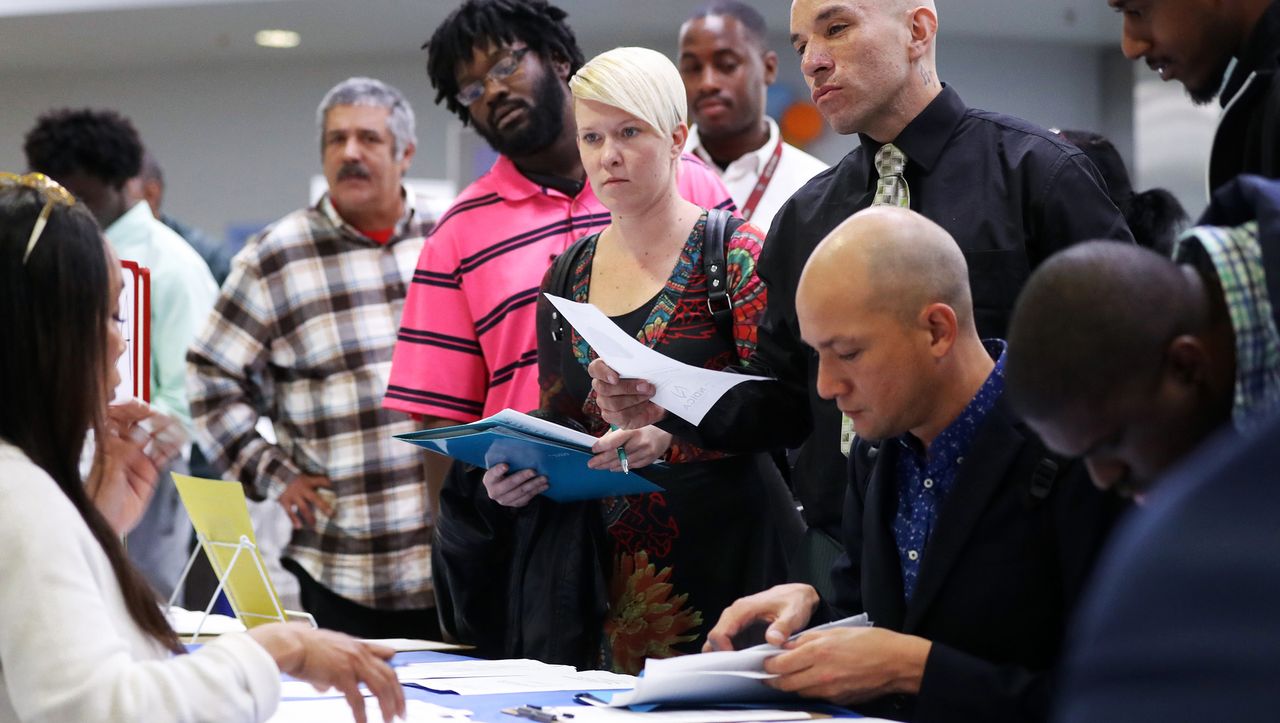 Curfews to curb the novel corona virus have largely broken down the US economy. Unemployment is skyrocketing and many companies are already bankrupt. White House economic advisor Kevin Hassett speaks of a “historic shock” for the US economy.

“It’s a really serious situation,” President Donald Trump’s adviser told ABC broadcaster. “This is the biggest negative shock I think our economy has ever experienced. We will have to deal with an unemployment rate that we saw during the Great Depression,” added Hassett. He expects a quota of 16 percent or more for this month.

Since mid-March, 26.5 million Americans have applied for unemployment benefits – retail sales, housing construction, and consumer confidence have plummeted. The rapid spread of the corona virus in the country has largely brought public life to a standstill. The vast majority of the approximately 330 million Americans are restricted. Many shops and businesses are closed, restaurants and hotels remain empty, flights are canceled en masse, events are canceled. Many employees of closed companies must therefore apply for unemployment benefits. In addition, layoffs in the United States are generally far easier than in Germany, for example.

Hassett added that the expected decline in the country’s GDP in the second quarter would be a “large number”. “I think the next few months will be terrible. You will see numbers that are worse than ever,” said Hassett, referring to the US economic data, of which the US stock market has so far been surprisingly unimpressed.

“We will need really big, well-thought-out strategies to make them so that people are optimistic again,” added Hassett. Trump’s advisors want to draw up a list of five or six points to be presented to Congress to boost the economy, Hassett said. The government and Congress had already launched massive aid to pump around $ 2.5 trillion into the suffering economy. “I’m sure everyone will pull together and come up with a plan over the next three or four weeks to give us the best possible chance for a V-shaped recovery,” he told ABC. “I don’t think we can do it if we don’t have solid regulations.”

A “V-shaped recovery” is one in which an economy jumps steeply again after a sharp decline.