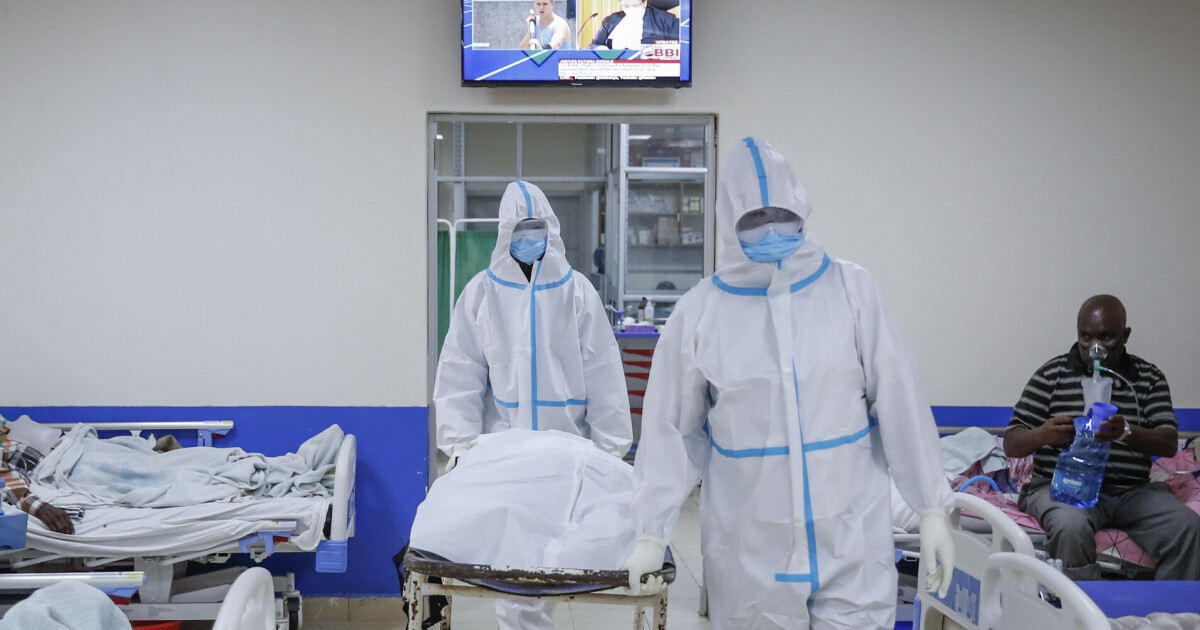 There is something “mysterious” going on in Africa that amazes scientists, says Wafaa El-Sadr, head of global health at Columbia University.

“Africa does not have the vaccines or resources to fight covid-19 that they have in Europe and the United States, but somehow they do it apparently better,” she told the news agency. AP.

«New corona cases and deaths reported in the last week have declined in the Africa region. Weekly cases of infection on the continent are now lower than observed before the last flourishing of infection, which began in May 2021 “, it is stated in a situation report from WHO for week 46.

In fact, infection rates have been declining since July. According to the AP, less than six percent in Africa have been vaccinated.

Researchers emphasize that it is extremely difficult to obtain accurate covid-19 data, especially in African countries with irregular monitoring, writes AP. It is also warned that the trend could easily reverse.

But for months, the WHO has described Africa as one of the least affected regions in the world in its weekly pandemic reports.

Assistant health director Espen Rostrup Nakstad tells Dagbladet that there are many reasons why the SARS-CoV-2 virus spreads at different speeds and affects differently on different continents.

– In Europe, high travel activity, a relatively old population and a high frequency of contact indoors during the winter months have contributed to a large spread of infection and hospitalizations. In African countries, the image is dominated by a young population that is less susceptible to disease and local conditions that limit the spread of infection more, he says.

Researchers AP has spoken to also point out the lower degree of urbanization and the tendency to spend more time outdoors as possible factors.

– There are many conditions related to immunity that are poorly mapped for the coronavirus. The importance of previously undergone parasitic disease, such as malaria, and other exposure to microbes, can make the immune system better adapted to corona infection in African countries, says Nakstad.

The AP also writes that researchers working in Uganda have found that corona patients with a high incidence of exposure to malaria were less likely to suffer from serious illness or death than people with little history of the disease.

Studies are investigating whether there may also be genetic causes.

– But also the virus itself may have developed in different directions with different properties on different continents, which are currently not very well mapped. Therefore, there are interesting questions that are asked, and which it is important to get answered in the future, says Nakstad.

According to the WHO, Africa has a total of over six million cases of infection and more than 150,000 corona-related deaths have been recorded.

From 8 to 14 November, 9,960 cases of infection were reported in the region. This is a decrease of 47 percent compared to the week before, according to the WHO’s situation report.

Even with the decline in infections and corona-related deaths, the threat of a new wave towards the end of the year, with travel and the holiday season, is still present, the report says.

– WHO teams are upgrading and strengthening the capacity of laboratories and securing oxygen supplies. The WHO also provides support to countries with low vaccine intake, in an attempt to increase vaccination coverage in the region.

South Africa, Ethiopia, Alegria, Kenya and Mauritius account for more than 50 percent of cases of infection.

See also  Already 20 Years After Being Released from Indonesia, East Timor Can Only Become Australia's 'Dairy Cow', Expected Hydrocarbon Wealth is Only a Curse