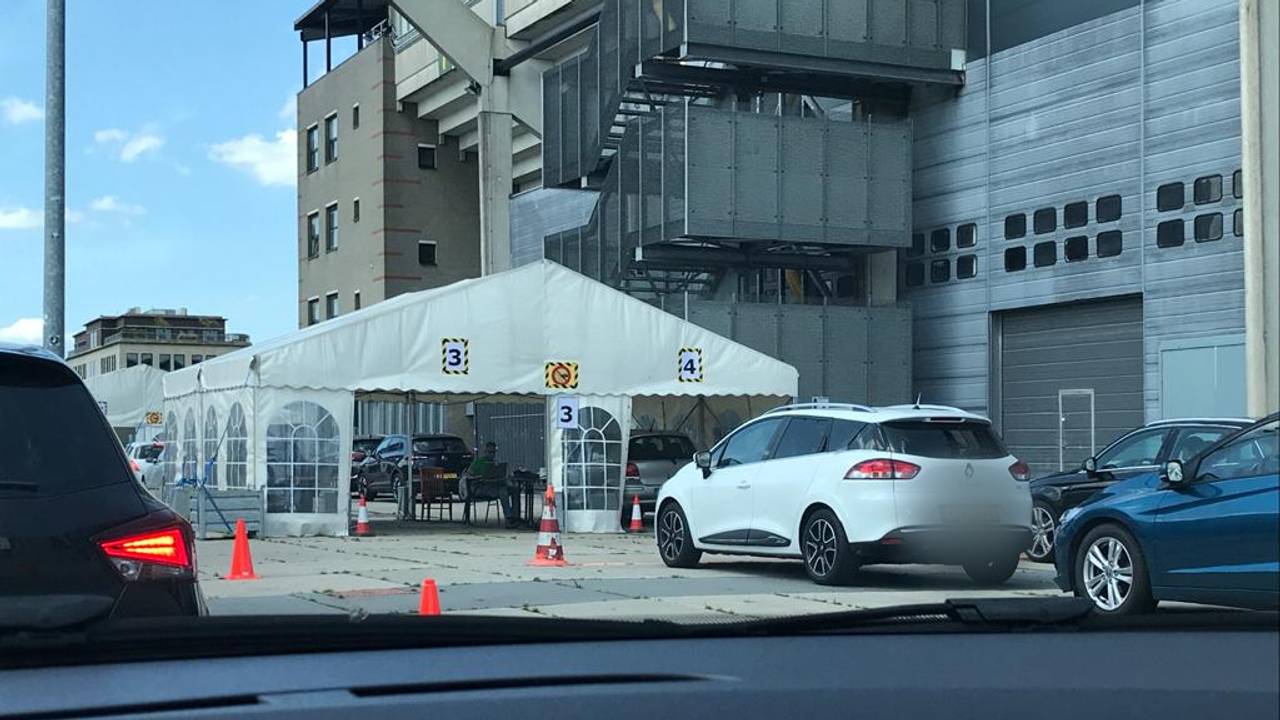 In this live blog we will keep you informed of the most important developments surrounding the corona virus on Monday.

17.02
Travel advice for the whole of Spain is being tightened, from yellow to orange. The new advice also applies to the Canary Islands.

The Ministry of Foreign Affairs is forced to do so due to the increasing number of infections in the popular holiday destination. Parts of France will also go orange, the ministry says. This concerns the regions of Sarthe, Hurault and Alpes-Maritimes.

Monaco and the Scottish city of Aberdeen are also going orange. The new travel advice applies from Tuesday. “The number of coronavirus infections is increasing in various places in Europe,” said the ministry. “On the advice of the RIVM, the travel advice for these Covid-19 risk areas will therefore be adjusted. All unnecessary trips to countries or areas with an orange color in the travel advice are discouraged.”

In the past 24 hours, 574 new infections have been reported throughout the Netherlands, according to the figures from the corona dashboard that are published daily. On Sunday, this number was still 457. The number of corona patients admitted to hospital has increased by four, compared to eight on Sunday. And two new deaths from the coronavirus have been reported in the past 24 hours. There were none on Sunday.

In Brabant, 85 new corona infections have been reported in the past 24 hours, compared to 68 on Sunday. Just like Sunday, no new hospital admissions and no deaths were reported in our province.

14.18
The UWV benefits agency has paid out nearly 1.5 billion euros in corona support since the beginning of July. A total of 45,182 employers applied for wage subsidies through the Emergency Measure Overbrugging Employment (NOW) 2.0 scheme. 40,506 of them have now received an advance. The cabinet hopes that the emergency regulation will prevent companies from going bankrupt.

The employers who submitted an application together employ 791,505 people. The number of applications for NOW 2.0 is considerably lower than for the first NOW scheme. Until the end of June, 8 billion euros in advances was paid out to employers through this scheme.

14.00
Last week, from 17 to 23 August, the GGDs conducted just over 140,000 corona tests. That is the highest number since June 1, the day on which every Dutch person with complaints could have themselves tested. In the week before, from 10 to 16 August, the number of tests performed was around 100,000, just like in the weeks before.

12.45
Trade unions and the left-wing opposition parties will campaign together on Saturday 5 September for higher salaries in healthcare. Due to the corona risks, it will be an online protest. It is a joint initiative of the trade unions FNV, CNV and NU’91 and the political parties GroenLinks, SP and PvdA. They hope for ‘the largest online demonstration for healthcare ever’.

The internet protest is being conducted under the heading #meerdanapplaus. That is also the name of the corresponding action website meerdanapplaus.nl.

12.20
Elderly union ANBO believes that generations should not be set against each other in corona control. In the AD, some members of the Outbreak Management Team (OMT) argued Monday for better protection of vulnerable people, for example by having them have a limited number of permanent contact persons.

“Vulnerable people must of course be protected, for example the elderly who live in a nursing home. But the vast majority of the elderly are vital, contribute to society and should therefore not be placed in forced isolation,” says the union.

11.32
The average number of new infections per day with the coronavirus in Belgium has fallen below 500 again. The number of deaths from Covid-19 is also stabilizing, the Belgian health institute Sciensano reports.

It is the eighth day in a row that infection rates have fallen nationally, according to virologist Steven Van Gucht.

11.00 Reaction Willem-Alexander and Màxima on holiday photo
The fact that King Willem-Alexander and Queen Màxima keep a holiday photo published on a Sunday less than 1.5 meters away from someone, because they did not pay close attention to it “in the spontaneity of the moment”. “Of course we should have done that”, the queen and queen say in a tweet from the Royal House.

10.35
Small wounds sometimes led to major consequences earlier this year, such as the amputation of a leg. In the period of the lockdown, last March and April, this happened remarkably often, according to vascular surgeon Lijckle van der Laan of the Amphia Hospital in Breda. On Monday morning he joined the Wakker! from Omroep Brabant on the bell.

READ ALSO: Many more unnecessary amputations in the lockdown period: ‘A hard lesson’

10.05 No complaints? No test!
More and more people without complaints that could indicate the corona virus are signing up for a corona test. And that makes it very busy at the test sites, and also in the laboratories where researchers have to determine whether someone is indeed infected. That is why you should only be tested for complaints
the call which the Ministry of Health and the regional health services will bring on Monday.

Many more tests were carried out in the past week than in previous weeks. The number of appointments was about 40 percent higher than in the previous week, and even higher in some regions.

The Department of Health, health services and laboratories are in the process of expanding capacity so that more people can be tested during the approaching snotter season.

See also  It has a benefit as well as a harm: Belladonna

The company succeeds in doing this through positive ionization, whereby the virus particles in the filter acquire a positive electrical charge and are thus rendered harmless. Formula Air offers devices that can purify 400 cubic meters of air per hour, enough for a dental office or small café. But there are also copies for much larger rooms. The purchase price ranges from 2,000 to 30,000 euros.

READ ALSO: Air filters from Beek and Donk should help in the fight against the corona virus

07.25
Due to the corona crisis, it seems that employers are increasingly relying on the deployment of holiday workers. That concludes job site Indeed based on an analysis. In the catering and cleaning sector, among others, the efforts of schoolchildren and students were more often used than is normally the case, according to Indeed.

06.30
More than a third of third-year high school students think they have learned too little during the corona crisis. That writes De Telegraaf based on a new study by Maastricht University among 2000 school students. The researchers found that about four in ten children felt lonely during and after the lockdown. According to the university, action must be taken now to prevent problems at a later time.

Trudie Schils, professor of educational economics at the university, tells the newspaper that the outbreak of the corona virus and the closure of schools have been particularly unfavorable for pre-vocational secondary education young people.

06.20 Better protection for the elderly
Now that the corona virus is still among us for a while, the elderly and people with fragile health must be better protected. That is what various members of the Outbreak Management Team (OMT) state in the AD. Especially in regions where the virus is most prevalent, the elderly and people with a disability or disorder must be better protected, says Cees Hertogh, OMT member and professor of Geriatric Medicine and Ethics of Care. As examples he cites regulated visits to nursing homes and supervision of visitors.

Back to a situation where no visitors are welcome in nursing homes, we must prevent at all costs, says Arend Arends, chairman of the Dutch Association for Clinical Geriatrics and member of the OMT. He advocates a system of social bubbles.