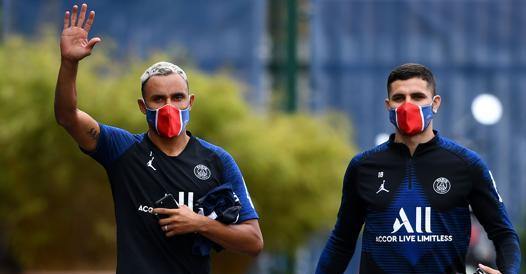 from our correspondent
PARIS – “In the next 15 days there will be an increase, not massive but still an increase, of the number of serious cases, ”said the French Minister of Health, Olivier Véran, about the coronavirus epidemic. A worrying forecast because in recent weeks, France has seen a significant rise in contagion, compensated by the fact that so far many cases are asymptomatic or in any case not serious and therefore hospitals and intensive care units are not in difficulty. According to the minister’s announcement, things could change in two weeks, even if Véran added a positive forecast: “The measures we have taken should soon allow us to observe a slowdown in the contagion”. The authorities therefore expect more serious cases, but with less rapid growth.

The latest toll indicates 30,686 deaths and almost 9,000 new cases, about 1,500 more than the highest peak – 7,578 new cases – recorded on March 31, when France respected a very strict lockdown. But if hospital ICUs were on the verge of collapse at the end of March, today the health system does not seem in trouble. There are 4,671 inmates, a significantly lower number than the over 32,000 at the peak of April 14. At the same time, it should be noted that hospital patients increased for the sixth consecutive day. “We are not in the same epidemic wave as last spring,” said Minister Véran. “The trend is much slower but it must still alert us.”

It is difficult to identify with certainty the causes of nearly 9,000 new cases. The health authorities put forward some hypotheses: in the meantime, the tests are much more numerous – about one million in a week, compared to 30 thousand in March – and this obviously allows us to discover more people who have contracted the virus. But the fact remains that in proportion, the rate of infected is however increasing, from 1 percent on average at the end of June to 4 percent now. Why? Summer has favored trips, evenings and meeting opportunities especially for the youngest, who in fact are much more numerous than in the past among the infected but asymptomatic or in any case with less severe forms of the disease. The case of the six champions of Paris Saint-Germain who contracted the virus after a holiday in Ibiza it can be considered emblematic of a more general trend. Then, there is the difficulty linked to the strategy chosen by the government to fight the epidemic: test, identify, isolate. The idea is to carry out mass tests to identify positive cases as soon as possible and isolate them to stop the infection. Only that only the first phase, that of tests, is working: so many that the laboratories fail to keep up and deliver the results even 10 days later, when by now those who are positive have had time to infect many other people. Minister Véran assured that soon the days of waiting for the results will be reduced to three or four.