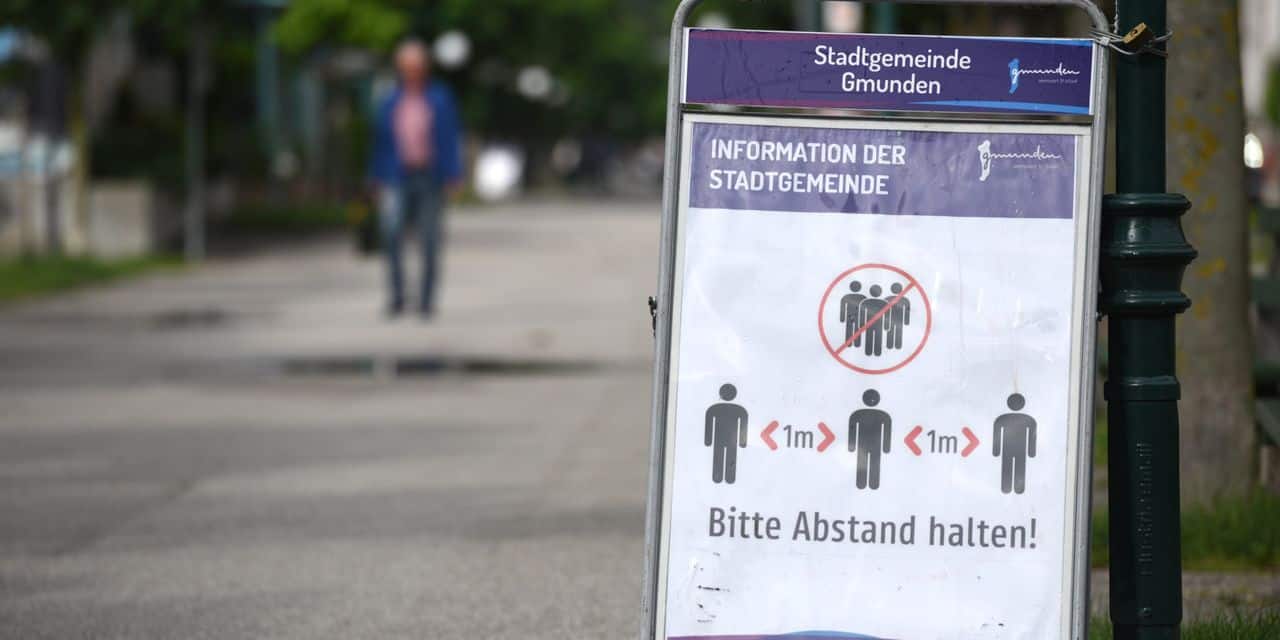 The pandemic has killed more than 5,053,909 people worldwide since the end of December 2019, according to a report established by AFP on Tuesday at 11:00 GMT.

The WHO estimates, taking into account the excess mortality directly and indirectly linked to Covid-19, that the toll of the pandemic could be two to three times higher than that which is officially established.

The Bulgarian government on Wednesday asked for help from other EU states to deal with the coronavirus crisis. Sofia thus activated the EU civil protection mechanism, said a spokesperson for the European Commission. Medical equipment such as oxygen masks or intensive care beds would be needed. The country is in the midst of a fierce wave of Covid-19. Hospitals are nearing their limit and the seven-day incidence rate for the infection was recently around 415.

Bulgaria is the EU’s worst performer in terms of Covid-19 vaccination, with only around 24% of adults fully vaccinated.

If a country is overwhelmed by an emergency, it can seek help from other states through the mechanism.

In addition to EU member states, countries like Iceland, Norway, North Macedonia and Turkey are also participating. The aid is coordinated by the European Commission.

Austria renounces the principle of containment for the unvaccinated

A proposal to introduce regional containment measures applying only to unvaccinated people in Austria has been rejected for the time being. Health Minister Wolfgang Mueckstein proposed the measure at a meeting on Wednesday, but the heads of the provinces of Upper Austria and Salzburg disagreed.

“I am a little skeptical about this,” said the governor of the province of Salzburg, Wilfried Haslauer, at a press conference. The conservative politician stressed that unvaccinated people no longer have access to pubs, demonstrations and sports venues. Since Monday, these places have only been open to people who have been vaccinated or who can prove their cure.

See also  Bonus for those who choose to live or work in the mountains in Calabria: here are the most beautiful mountain areas PHOTOS

Chancellor Alexander Schallenberg, however, did not rule out the idea of ​​strengthening the rules. “If the situation continues like this, there will be confinement for unvaccinated people,” where they will only be able to leave the house for certain reasons, he warned.

France: turn of the screw in the face of the epidemic rebound

From December 15, he announced, those over 65 will have to have a booster dose to keep their health pass. In addition, the recall campaign will be open to 50-64 year olds from the beginning of December.

In the evening, the Ministry of Education clarified that the mask would again be compulsory in elementary school throughout France from Monday, while it is currently in 61 departments.

… and health pass validated until summer

The Constitutional Council censored the controversial access of school directors to the vaccination status of students, but validated the extension of the health pass until the end of July 2022, in a decision made public on Tuesday.

Italy plans to offer a vaccination booster against Covid-19 to people aged 40 to 60 from December. “The third vaccine is absolutely strategic for moving the vaccination campaign forward,” Health Minister Roberto Speranza said during a question-and-answer session at the Chamber of Deputies in Rome on Wednesday. A booster vaccination has already been offered to around 2.5 million people in Italy.

According to Roberto Speranza, the country has started to vaccinate vulnerable groups first, people over 60, healthcare workers and those who have received the single-dose vaccine from Johnson & Johnson.

The more countries that can offer a third dose, the better the pandemic can be controlled in autumn and winter, noted the Italian Minister of Health.

As of Wednesday, nearly 84% of people over the age of 12 had been fully vaccinated in Italy, according to data from the Ministry of Health.

German health authorities said they had recorded a new record of daily contaminations, with 39,676 Covid cases recorded in one day, reported the Robert Koch Institute for Public Health Surveillance (RKI) on Wednesday morning in Berlin. The previous record was reported on Friday, with 37,120 positive cases. A week before, that figure stood at 20,398.

The Robert Koch Institute also reported a record seven-day incidence rate, which sees the number of new weekly infections per 100,000 population rise to 231.1. It was still 146.6 last week, and only 66.1 a month ago.

According to this latest report, Germany has recorded 236 deaths from the coronavirus in 24 hours. The daily average of deaths stood at 194 last week.

In total, the Robert Koch Institute has recorded 4,844,054 coronavirus infections since the start of the pandemic.

The number of hospitalizations per 100,000 inhabitants within seven days is also increasing, from 3.93 Monday to 4.31 Tuesday. This is the most important data to decide on a possible strengthening of the sanitary measures to be applied. There is no nationwide cut-off value for when this figure indicates a critical situation due to large regional differences in infection rates in Germany.

Moderna has filed an application for authorization of its Covid-19 vaccine for children aged 6 to 11 with the European regulator, the American biotechnology company announced on Tuesday.

Greek health authorities announced on Tuesday 8,613 new cases of Covid-19 during the last 24 hours, a new record since the appearance in February 2020 of the pandemic in the country where hospitals are once again starting to be overwhelmed.

In Russia, the pandemic will only end if vaccination becomes “compulsory”

The director of the Gamaleïa center behind the Sputnik V vaccine said the coronavirus pandemic would only end if vaccination became mandatory, the Russians remaining reluctant despite a serious epidemic wave.

The epidemic “will end when 70 to 75% of the population of our country, as well as of the world, will be vaccinated, will have protective antibodies”, declared Alexandre Guintsbourg in an interview with the pro-Kremlin newspaper Rossïiskaïa Gazeta. “Vaccination should be compulsory,” he added, arguing that Sputnik V should be added to the national immunization schedule.

Since the beginning of the autumn, Russia has continued to beat its records for daily infections and deaths due to Covid-19. An outbreak facilitated by the low vaccination rate of the population, against a background of mistrust of the authorities. Even though the country has several vaccines of its own design, only 39% of the 144 million Russians are fully immunized, according to official figures.

United States: Pfizer requests authorization for a 3rd dose of the vaccine

The Pfizer and BioNTech laboratories announced on Tuesday that they had formally filed a dossier asking the United States Medicines Agency, the FDA, to authorize a third dose of their anti-Covid vaccine for all people over 18 years of age.

“Nervous”. Gino, seven, admits that he is afraid of needles … But his mother Carmen Gardinella says she is relieved to see her son vaccinated against Covid-19, Venezuela experiencing a recent increase in the number of cases.

Reward promised by a Chinese city

The Chinese city of Heihe, separated from Russia by the Amur River, is offering 100,000 yuan (13,500 euros) as a reward for any information on the origin of a local upsurge in coronavirus cases.

The Moroccan government announced on Tuesday the lifting of the national curfew in force since the first months of the pandemic in 2020 due to “the improvement of the epidemiological situation” in the kingdom.