Coronavirus in Mexico: this will be the epidemiological traffic light from October 19 to 25 (Photo: Rogelio Morales / Cuartoscuro)

He epidemiological traffic light due to health risk and contagion in Mexico is still underway within Mexican territory, although for the week of October 19 and until October 25, there will be no changes or advances in it.

According to the health ministry, the traffic light will continue to show only one state in green: Campeche, due to the low risk of contagion in the area.

However, there are 17 states that were set as orange: Auguascalientes, CDMX, Chihuahua, Coahuila, Colima, Durango, in the State of Mexico, Guerrero, Hidalgo, Jalisco, Nayarit, Nuevo León, Oaxaca, Querétaro, Sinaloa, Yucatán and Zacatecas.

The color Red, which does not represent any of the states, is the highest risk of contagion, where only essential economic activities are allowed and it is called to stay at home.

For color orange Essential economic activities are allowed, as well as non-essential companies, although the latter with 30% of their personnel operating in person with strict health measures.

In color yellowOn the other hand, all work activities are allowed, as long as people in risk groups are taken care of, public outdoor spaces are reestablished and there is limited capacity indoors.

Finally, in the color verde All activities are allowed, including those related to school, face-to-face classes and the educational environment in general at all levels. 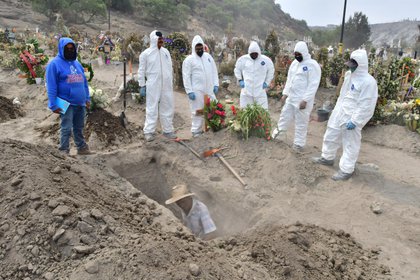 Only one state, Campeche, will remain in green and none will be represented by the color red (Photo: EFE / Jorge Núñez)


In Mexico 977,687 infections were confirmed accumulated coronavirus until October 16, 2020, but only 4,608 were considered as active; that is, they presented the symptoms of the disease during the last 14 days.

Of the total, 48.47% are women and 51.53% are men. Furthermore, 23.23% were hospitalized for different levels of severity, while 76.77% were able to continue their recovery from home with all the necessary protocols.

The General Directorate of Epidemilogy also confirmed that 313,678 people are still waiting for their results and they were considered suspected of carrying the SARS-CoV-2 virus. An estimated 612,216 recovered were also registered, as well as 1 million 4 thousand 800 negative diagnoses. 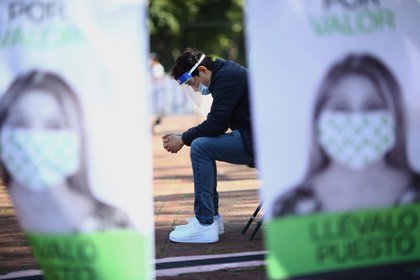 The above represents that there was an increase in 6,751 infected in the last 24 hours, as well as 419 deaths.

Refering to hospital occupancy and availability At the national level, it was reported that the IRAG Network reported that there are 28,424 general beds, of which 29% are already occupied and 71% available.

Coronavirus in Mexico: there are already 85,704 deaths and 841,661 accumulated infections

CDMX will continue with an orange traffic light: there is an alert for hospitalizations

Cofepris alerted for theft of more than 10,000 doses of influenza vaccine