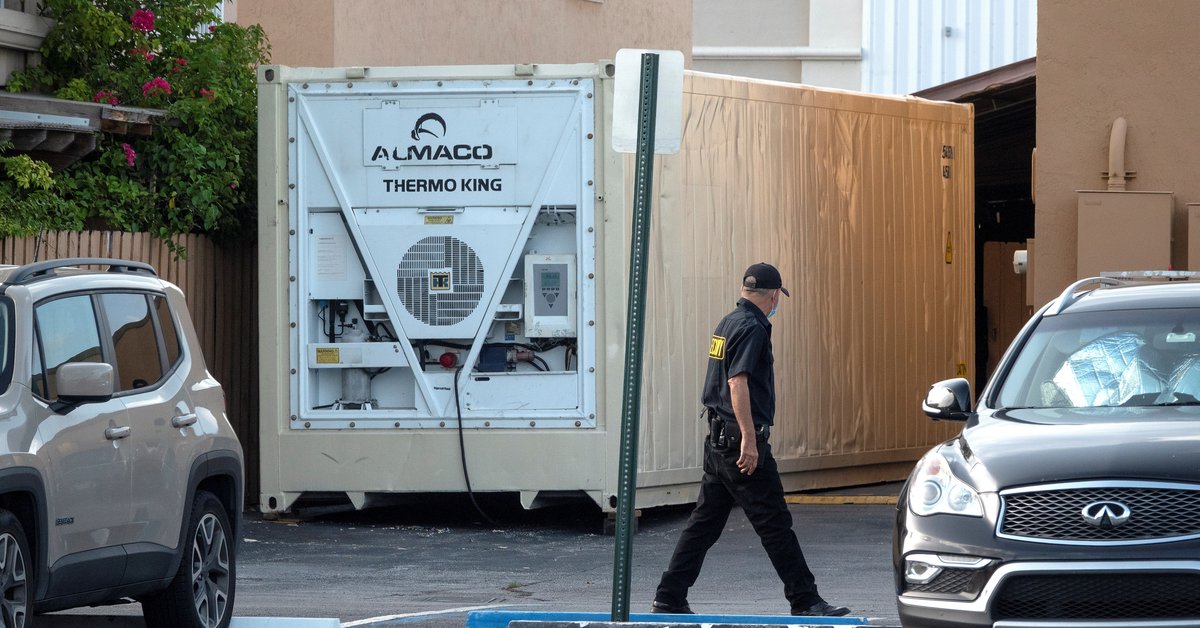 
A group of residents of a condo in Hialeah, the second largest city in Miami-Dade County, protested this Tuesday by the bad smell that emanates from a container where corpses belonging to a funeral home are stored, Memorial Plan San José.

“I am afraid to leave my house, because I know that these people died of coronavirus. I have been living here for years and it is the first time that this foul smell is felt“He expressed to Infobae Pedro García, neighbor of the El Portal condominium, bordering the parking lot of the funeral parlor.

“Here you can catch any plague,” added Caridad, another neighbor who did not provide her last name.

The funeral home has a container and refrigerators where the deceased are stored, a method that is in accordance with the law. In a statement, the funeral home owners indicated that they implemented “a Special Care Center, designed for crises like these” and that they added “additional protections to ensure the safety, well-being and privacy of the deceased and our neighbors.” The Hialeah Municipality confirmed that the funeral home is not in breach of any sanitation rule.

However, the smell is present and, according to the consulted neighbors, this did not happen previously. Although not all the deceased are victims of the Covid-19, the funeral homes have seen an increase in the influx of bodies as a consequence of the pandemic. Especially in the last few weeks, after Florida – and particularly Miami – became a new epicenter of the disease in the United States. 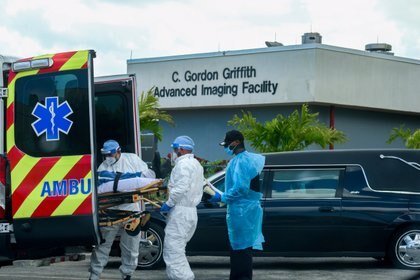 In Florida, at least so far, no images of lifeless bodies have been seen piled up on the streets, as occurred in other epicenters of the coronavirus -such as Guayaquil, Ecuador, or Bolivia- and the death rate is well below the average reached in New York City or in countries like Spain or Italy.

So far, the index in Miami-Dade is around 1.29 percent, while in New York the figure has reached 8 percent at the peak of the crisis. However, deaths have begun to increase in recent days, something that has been reflected in the successive records reported by the county and the state.

“We have reached a sad point. I said it weeks ago, if they didn’t change the way things are done we were going to get to this moment. Our hospitals are full, our funeral homes are now like this (…) I have spoken with the funeral home to see if we can move the trailer a little bit inwards to have a little more distance”Hialeah Mayor Carlos Hernández said about it at a recent press conference.

Authorities want to take the funeral home case as a warning call for the population to become aware of the seriousness of COVID in South Florida.

“Those bodies that are there are mothers, fathers, children. Not everyone died of coronavirus, but we have reached a sad moment (…) but it bothered me that the neighbors instead of calling the city began to protest. That’s one of the things we don’t need. We are doing the wrong things and not working as a communityHernández said.

In Miami-Dade there are no traffic restrictions or closed businesses (except for bars and clubs), but there is a requirement to wear masks at all times and to maintain social distance. During protests this distance is usually not respected. Statistics indicate that the majority of infections are occurring between members of the same family.