The Pole has coronavirus (IG: @elpolaco)

The production team of Masterchef Celebrity will resume the recordings of the program this Monday after the suspension, after El Polaco -one of its participants- tested positive for coronavirus. The singer recorded on Tuesday with part of the famous team that he had to swab in the last hours to be able to continue with the realization of the reality that is currently the most watched on television.

Beware of potential sources of contagion, from the producer Boxfish -responsible for the Argentine production of this international format- advanced the recordings that allow them to manage certain margins of comfort in relation to the broadcasts of the cycle: they have been two weeks ahead compared to what is seen on the screen.

El Polaco recorded on Tuesday the 13th and the next day – after feeling bad during the recording – he was diagnosed with COVID-19 positive, after the corresponding swab. A strict protocol was immediately activated in Telefe, which in itself has a number of super demanding characteristics. There are exclusive corridors for moving around the facilities to avoid close contacts, after the station recorded the highest number of infections in a media outlet so far in the pandemic: it had more than 30 simultaneous cases.

The alarms sounded immediately. The team was isolated and the recordings on Thursday and Friday of this week were suspended to prevent propagation. Immediately, some participants and the jury were commanded to swab, although the realities are different. Several of the members of the artistic team of the program have already gone through the disease: its host Santiago del Moro, Belu Lucius, Analía Franchín and The Turk Garcia. 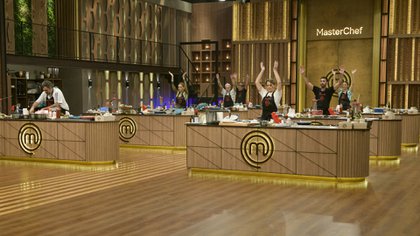 During the afternoon of Friday and the morning of this Saturday, Donato di Santis was swabbed with a negative result; Claudia Villafañe, also not detectable; Vicky Xipolitakis and Federico Bal, among others. Iliana Calabró only isolated herself for prevention but not without anger: preventive isolation will prevent her from spending Mother’s Day, today, with her mother, Coca Calabró.

The reality is that several participants showed their discomfort for the positive of El Polaco. The singer was doing a number of public activities last weekend and his brother tested positive for coronavirus on Monday, so they regretted that he went to record on Tuesday. That day I already had some symptoms and in fact El Turco García drove him home in his own vehicle.

The tension multiplied with the passing of the days while waiting for the results of the tests of the rest of the team. So much Masterchef celebrity how Singing 2020 They are “on the cutting edge” due to the amount of air emissions – in the case of the cycle led by Ángel de Brito and Laurita Fernández, the pressure is greater because they go live – and there are many participants and their possible close contacts. In the La Flia program, the number of infected in the last hours was added: Brian Lanzelotta confirmed his positive and other couples have had replacements for several days.

If they have everything under control, on Monday they will resume the cooking reality recordings, but very attentive to reinforcing an already strict protocol: The Pole will be replaced so as not to stop the dynamics of the recordings. To momentarily take their place, the names of Flor Vigna -community manager of the program’s networks- and of Lizy Tagliani, but there are no official announcements yet.

Ezequiel Cwirkaluk, better known as The Polish, He was infected with coronavirus like his wife, Barby Silenzi. Since Tuesday, the cumbia singer has been isolated in his family home when he began to feel symptoms. Due to suspicions, the couple underwent a swab that was positive.

In the cycle The angels of the morningThe journalist Maite Peñoñori reported that she contacted the media, who confirmed that they are all fine, they were only a little worried about the health of her daughter, Abril. “The girl also had a fever and that was an alert for them. I think they didn’t swab it, but they were all isolated ”, said the panelist.

It should be remembered that when the recordings were about to begin, Santiago del Moro, host of the program, had tested positive for COVID-19. At first the production feared that this absence would jeopardize the start of the gastronomy contest. But, finally, they did not have great complications. 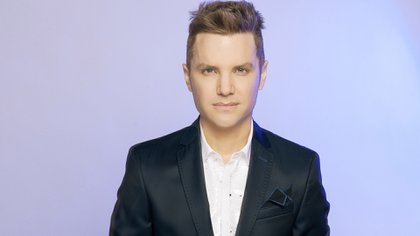 At that time, Santiago confirmed to Teleshow that both he and his wife, María, and their daughters, Catalina and Amanda, were in perfect condition, although they were isolated at home. And said: “We are barbaric, totally asymptomatic. I can’t say anything else. We will continue at home until discharge ”. After his recovery, the driver resumed his work commitments.

Analía Franchín was also infected, another of the contestants of the reality show. She found out that she had COVID-19 after having done a photo session for the program that all her colleagues attended, except for El Turco García, who was also recovering from the coronavirus. When Franchín broke the bad news, the producer swabbed the entire staff of the program by protocol.

“The truth is that I started asymptomatic. In fact, I don’t really know when I got hold of it, nor do I know from where. Because the reality is that I spent the entire quarantine in the field, I just went to Buenos Aires for four days. And they weren’t running, but once in a while. But hey, this is a very volatile virus. So I don’t know if it was when I went to make a purchase in the town … No idea! ”, He had told Teleshow as soon as he found out that he had the virus.

“I have like a normal cold, it would seem. Of those with which, taking an ibuprofen or a paracetamol, you can go to work calmly. I don’t have body aches or that famous headache everyone talks about. I only had a headache one day, but I’m calm. And the truth is that the only thing that bothers me is that I lost my smell and taste. But nothing else. So I am more than grateful ”, Franchín finished.

The funny imitation of Donato De Santis to his fellow jurors in Masterchef Celebrity: “Face of Germán, face of Damián”

Scandal over the participation of Vicky Xipolitakis in Masterchef Celebrity: Cheating?