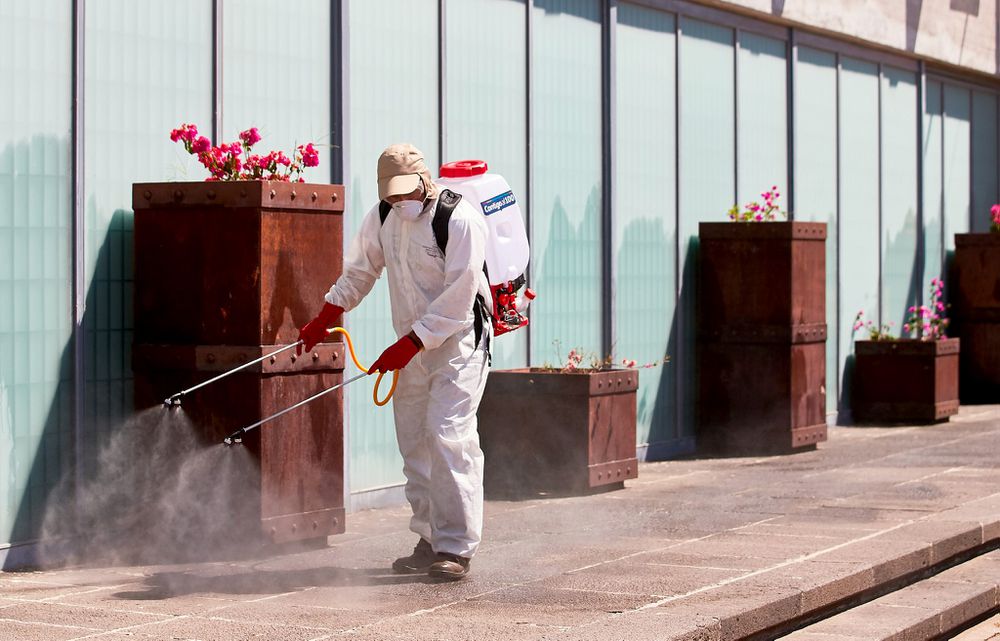 The governor of Aguascalientes, Martín Orozco Sandoval, has denied this Monday that the State is at maximum risk from covid-19, as indicated by the epidemiological traffic light of the Ministry of Health for this week. “There are certain details and indicators in which we do not agree, but we are not going to sue the Federation,” he said at a press conference. However, the PAN politician has assured that “actions” in Aguascalientes “will continue as they have been up to now”, that is, at an orange traffic light, with non-essential economic activities operating with 30% of the personnel and open public spaces. with reduced capacity. Hours earlier, the Undersecretary of Public Health, Hugo López-Gatell, had reported that the federal entity would return to the color red, the color of maximum risk.

The management of health measures during the pandemic has been a source of constant tension between the Government and the States. This challenge from Aguascalientes regarding the federal authority adds to a long list of disagreements about handling of the crisis. Orozco has assured not wanting to make “lawsuits” with the Government of Andrés Manuel López Obrador (Morena). “We will make our adjustments and I will not enter the debate. In the end, this is measured in that we have fewer deceased persons and less unemployment ”, the governor has settled. But the pandemic has shown, perhaps in Mexico with particular starkness, that activating the economy ahead of time can be very costly in human lives.

It is not the first state to rebel against federal guidelines. Before there was discrepancies with Mexico City and this week, with Tabasco, a state that López-Gatell alluded to in the conference this Monday afternoon. Tabasco refused to go to the orange color, more benevolent for the economy, and chose to remain at maximum risk for 15 more days. The Government, as has been customary throughout the pandemic, has made the difference in criteria less important. “We think it’s great,” López-Gatell valued and stressed that States “are free and sovereign.” “The traffic light is indicative, but the states know the situation better than what we could have at a distance from the federal government,” explained the undersecretary of Public Health. Then it is worth asking what the state qualification is for and the confusion that these discrepancies in the traffic light can cause in the citizen.

In May when the so-called “municipalities of hope” were declared, those that could return to normal because they were, according to the Government, “free” areas of the covid-19, many of the 323 localities chose to continue keeping the precautions. But the case of Aguascalientes is the other way around: containment is asked, but prefers to continue with a more open regime.

Orozco has rejected that Aguascalientes, which registers 6,263 positive cases of coronavirus and 368 deaths, according to the latest figures, is at maximum risk: “Rest assured that this week we are doing very well.” The governor has shown a report of August 11 to argue: “Look at the indicators of the IMSS itself [Instituto Mexicano del Seguro Social]. Here it says that the incidence rate distribution [de la pandemia] it is green in Aguascalientes ”. Federal health authorities, however, take into account more indicators to determine the danger of transmission of covid-19 and the activities authorized for each State: hospital occupancy, hospitalization trend, detection of recent cases, and the percentage of positive cases among the number of tests.

“Regarding the factors that are analyzed in Mexico, we will have to give them the part of the increase in beds in the [hospital] Hidalgo, ”said Orozco, who assured that in the coming days more patients will be discharged. If it has not been done so far, he said, it is “because they are not being required.” In the case of Aguascalientes, 34% of hospital beds and 42% of those with mechanical ventilation are occupied, according to the latest data from the Ministry of Health. The federal occupancy average is 38% and 34%, respectively. However, this criterion, in which the traffic light of deconfinement places the great weight to measure the situation, is one of the least reliable dataAmong other reasons, because thousands of people die at home or are late for treatment. And because it is enough to increase the number of beds for covid so that a lower occupancy is reflected.

“We have the capacity [hospitalaria]Be sure of that ”, insisted the governor. “Simply, if the issue that they tell me is that of beds, well we are going to discharge beds and fans, at the end we have them”, has defended Orozco, who was one of the state leaders who requested the resignation of the undersecretary of Public Health last July. The governor has defended that the hydrocalid authorities have registered in recent weeks a “slight, but constant decline in the issue of hospitals.”

Mexico has 522,162 confirmed cases of covid-19 and 56,757 deaths from the disease. In addition to Aguascalientes, five other states are at maximum risk — Baja California Sur, Colima, Hidalgo, Nayarit and Zacatecas. In total, 24 states remain at high risk and only one, Campeche, is at medium risk as of Monday, according to the parameters of the federal government. In the territories with higher risk, only essential economic activities are authorized; when the danger is high, non-essential economic activities are allowed to work with 30% of the staff and open public spaces to operate with a reduced capacity; if the traffic light is yellow, all work activities are permitted and enclosed public spaces may open with a limited number of visitors.

See also  The recovery puzzle, despite the coronavirus, for Renault Sandouville, near Le Havre