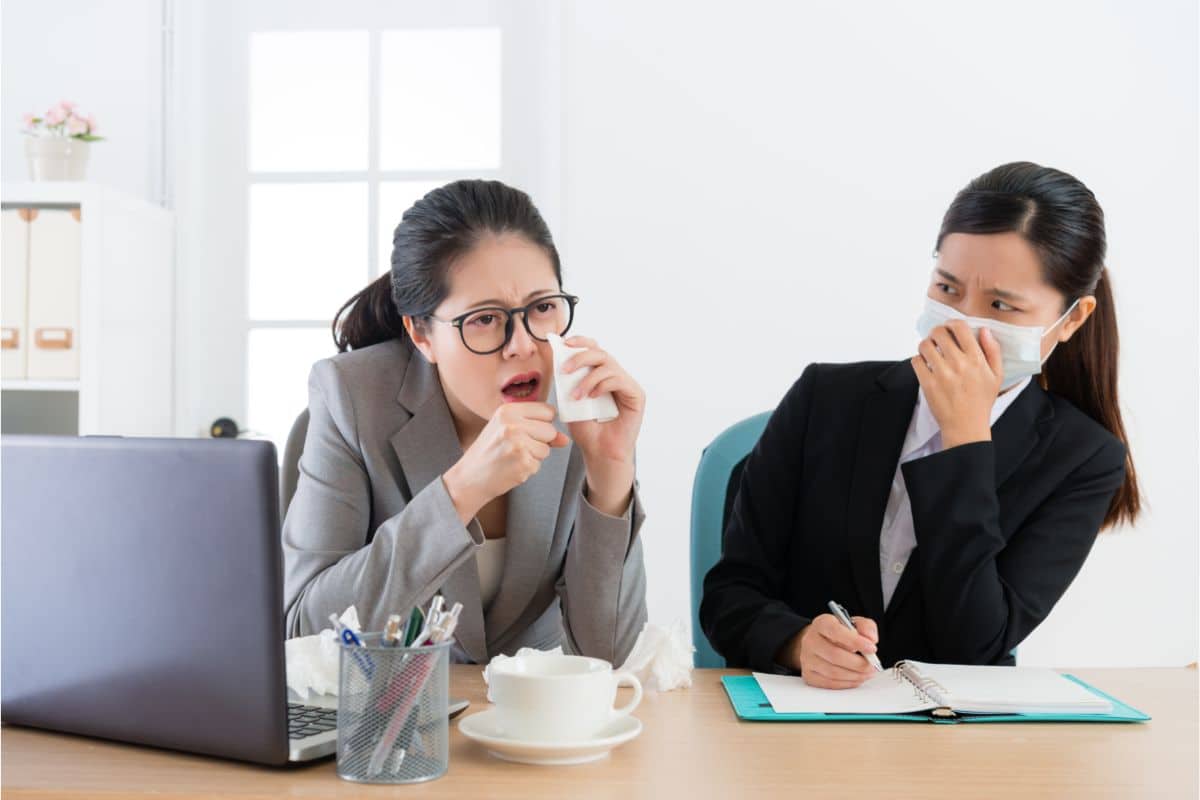 A cough here, a sneeze there, in the office your colleagues take turns sick. You can already feel the mood yourself. Fortunately, your body is already preparing itself for the fight against the circulating diseases.

Humans and animals can detect illness in others early on. A handy survival strategy, because you can then avoid the sick so that you do not become infected yourself. Only, that is not always possible these days. We have to go to the office, children go to daycare and we live in houses together.

Fortunately, our bodies have other ways to protect us from illness. “You may not be able to call in sick before you are sick, but your body is already preparing for battle,” says associate professor of biology Patricia C. Lopes of Chapman University. She studies how our bodies and behavior change when we become ill. “Our bodily functions, especially our immune system, which protects our bodies from invaders, are tightly regulated,” she explains. “When we get sick, our physiology can change dramatically to aid recovery from the disease.”

Photos of sick people
In her article that in trade magazine Functional Ecology popped up, Lopes writes that there are scenarios in which our physiology changes before we get sick, when the risk of disease is high. “In other words: our brains receive information about sick people and then cause changes in our body. For example, looking at pictures of sick people can already activate the immune system.”

Lopes mainly looked at the impact of parasites on animals. “Parasites are much more influential than previously thought, because they cause physical changes before they attack a body,” she explains. “How these changes before animals get sick support them to recover is not yet well researched, but it could have a big impact on how disease spreads, how we can prevent disease and how we can help people and animals when they are sick,” said Lopes.

Stress
But how can the brain change other bodily functions after detecting an increased risk of disease? There are several explanations. One possibility is that the stress response is activated, which in turn affects many organs and can lend a helping hand to the immune system. But brain scans have also recently shown a more direct control because the brain triggers both the innate and the adaptive immune system via the activation of certain neural areas in the brain (such as parts of the reward system or of the insular cortex). The innate immune system is considered to be the body’s first non-specific line of defense, while the adaptive system targets specific antigens and additionally has an immune memory.

Disgust
A third mechanism by which immune function is activated is possibly disgust. Disgust is a psychological response that we have developed to protect ourselves from infection by feeling aversion to certain dangerous or unhealthy things and engaging in hygienic behavior in response to possible contact with pathogens. For example, signals that evoke disgust would also mobilize our immune system, especially the innate immune function. There are studies showing that the immune response can be conditioned through disgust. There is also an overlap of the brain regions involved in the processing of disgust and the regions central to immune conditioning. Finally, there are neurotransmitters that can play a role. Dopamine, important in reward, among other things, also appears to influence the functioning of various immune cells. The same goes for serotonin.

Preventing Diseases
Exactly how it works is still unclear, but the findings are very relevant. “Finding out what kind of physiological response occurs with an increased risk of disease and when that happens is crucial,” Lopes concludes in her conclusion. “It increases our understanding of why some people get sick and others don’t and how the anticipatory physiological responses can influence the risk of disease.”