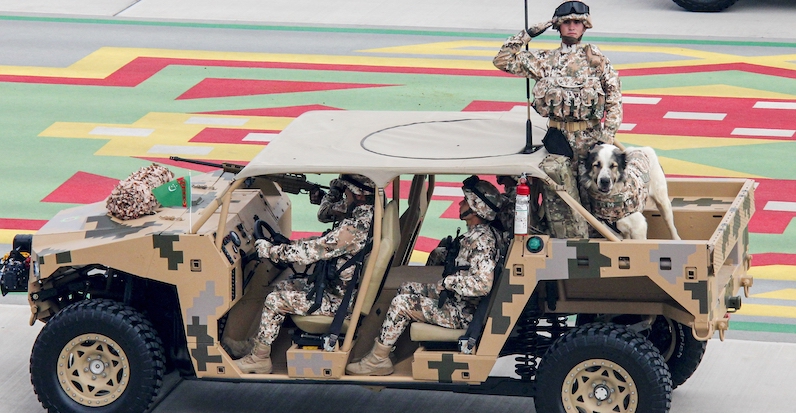 Turkmenistan is one of the very few countries in the world where officially no coronavirus infection has ever been found. According to the data collected by some external observers, however, the pandemic does exist, and indeed a third wave, even quite serious, is underway in Turkmenistan.

In the village the word “coronavirus“Is never used in official communications, and doctors and health authorities refer to COVID-19 as a” disease “or” respiratory infection “.

According to the data indicated by the World Health Organization, about 42 thousand doses of coronavirus vaccines have been administered to about 6 million inhabitants in Turkmenistan, but according to the country’s authorities, vaccinations are only a preventive measure. Just as preventive measures would be the invitation not to leave the house except for absolute necessity and the recommendation to wear a mask, officially to protect yourself from dust in the air.

When we talk about the authorities of Turkmenistan, in reality we are referring almost only to President Gurbanguly Berdymukhammedov, who has ruled in an authoritarian manner since 2006, and who over time has introduced more and more restrictions on civil and press freedoms. Among other things, at the beginning of the year the president had invited civil servants and students to always carry a licorice-based syrup with them, underlining the alleged “high capacity” of licorice to prevent potential infections.

Radio Free Europe/ Radio Liberty, who mainly deals with Eastern Europe and Asia and is considered a reliable media, wrote that the former Turkmen Deputy Prime Minister Gurbanmukhammed Kasymov died on 2 September after falling ill with COVID-19; the government, however, had kept it under wraps. In mid-September, the current Foreign Minister, Rashid Meredov, was also reportedly hospitalized after developing symptoms of the disease.

See also  In Estonia, another 61 people were diagnosed with coronavirus infection

Sources from the Turkmen Ministry of Health not authorized to speak publicly on the subject they told RFE/RL that by the end of August the number of daily deaths from causes related to COVID-19 had reached 70. Hospitals in the country’s capital, Ashgabat, have long been under enormous stress, and some stories told in recent months seem to show a very criticism, made even more serious by the government’s attempts to ignore the existence of the pandemic within national borders.

One of these stories is that of the Turkish diplomat Kemal Uckun, who died on 7 July 2020 after developing the symptoms of COVID-19 in Turkmenistan.

Magazine Asian Affairs he told that Uckun had been hospitalized in Ashgabat and that the Turkish doctors who had been sent the X-rays taken in the Turkmen hospital were practically certain that it was COVID-19. Turkmen doctors, however, claimed that Uckun had tested negative for the coronavirus twice, and authorities denied his transfer to a Turkish hospital. The Turkmen hospital then attributed Uckun’s death to a heart attack. His body was embalmed, he told a Turkmen.news Uckun’s wife Guzide, making it impossible for Turkish doctors to find traces of the virus.

The military parade organized in Ashgabat on 9 May 2020 to celebrate the 75th anniversary of the defeat of Nazism after the Second World War. On the same day in Italy more than 218m infections since the beginning of the pandemic (AP Photo)

Another story is that of a Turkmen called with the invented name Sayahat Kurbanov, told by BBC.

In September Kurbanov felt intense chest pain accompanied by other typical symptoms of COVID-19 while running a marathon. He called an ambulance and asked to be hospitalized, but was denied assistance because the hospital he had contacted was full. He then decided to call the medical center where a few days earlier he had done a test to ascertain the presence of the coronavirus: he was told that yes, he had tested positive, and at that moment he discovered that in Turkmenistan there is no document that certifies the positivity to the virus. .

After several rather insistent phone calls he managed to be admitted to another hospital, where for the following days he continued to have rather intense pains. However, the care he received was very scarce. There were no ventilators available, the oxygen machines did not work and within the ten days of hospitalization his therapy was changed several times. Kurbanov said the hospital was obviously understaffed, so much so that at one point he saw a cleaning lady giving injections to patients.