Covid-19. The minute situation of the new coronavirus in the country and in the world

Here we follow all developments about the spread of the new coronavirus on an international scale.

More updates
9:50 am – UK will fine travelers who fail to comply with 14-day quarantine

Travelers arriving in the UK from the beginning of June may be required to comply with a mandatory 14-day quarantine. If they do not, fines of £ 1,000 are expected. The measure is expected to be officially announced by the British Government on Friday afternoon.

United Kingdom. Fines for travelers who do not comply with a 14-day quarantine – RTP Notícias https://t.co/0nRNPToZRh

Health authorities will create strategic points to check whether people are complying with the measure. For those who fail, fines of a thousand pounds are expected.

The response center for Russia’s new coronavirus revealed that another 150 new fatalities were recorded in the last 24 hours, bringing the number of deaths to 3,249.

A further 8,849 cases of infection were registered. There are now 329,448 the number of infected in the country.

Russian authorities predict a contraction of Gross Domestic Product (GDP) of 9.5% in the second quarter and 5% in the 2020 set due to the Covid-19 pandemic and falling oil prices, it was announced on Thursday .

According to Rechetnikov, the Russian economy should recover in 2021 with an expected GDP increase of 2.8% and return to the pre-crisis level in 2022.

India registered an additional 6,000 new infections in the past 24 hours, an increase of about 5 percent from Thursday and the highest daily value. The country now has more than 118,000 cases.

The capital New Delhi, the financial center of Mumbai, the state of Gujarat and Tamil Nadu, are the most affected areas.

8h06 – Germany with over a thousand recovered in 24 hours

Germany recorded an additional 460 new cases of Covid-19 infection, totaling 177,212 since the beginning of the pandemic.

159,000 have recovered from the disease, more than a thousand since yesterday.

The virus reproduction rate is 0.89.

Each Portuguese family has lost, on average, 944 euros since the beginning of the crisis caused by the Covid-19 pandemic, amounting to a total loss of 3.9 billion euros, according to a Deco study released today.

“At the same time that confinement measures were preventing contagion from Covid-19, many Portuguese families were in financial crisis. From the beginning of the pandemic in our country, last March, until mid-May, the loss of income became widespread. to 70% of households “, said in a statement, the Deco – Portuguese Association for Consumer Protection.

At the center of the financial cut is the loss or reduction of professional income, which, between mid-March and May, went from 581 to 1,126 euros.

On the other hand, the financial damage recorded in the period in question is also justified by the cancellation of trips, cultural and sporting events, losses in real estate rents and investments in financial products. 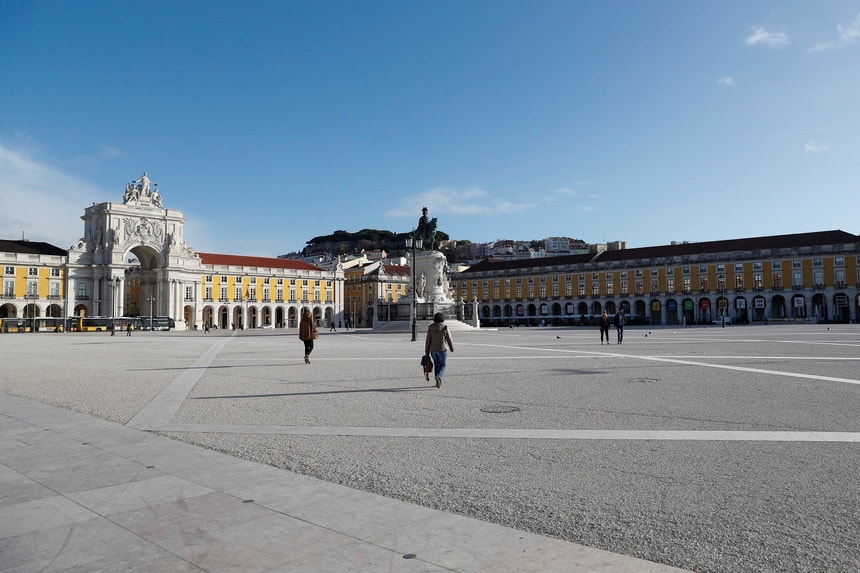 In an interview with Antena1 journalist Paula Machado, the Secretary of State for Communities explains what the Government is doing to bring the detained Portuguese to Portugal.

Situation in Portugal – Government moves forward with a stabilization plan

The country has yet to wait at least two months for an agreement at the European Council on an economic recovery program after the pandemic crisis. Those were the words of António Costa tonight at the national political commission of the PS. While awaiting this European agreement, the Government is moving ahead with a stabilization plan for the country.

The stabilization program that will be presented to parties and social partners next week.

This program will provide for a Simplex mechanism to reduce investment bureaucracy and also provide for works to eliminate asbestos in schools.

Costa also spoke in two very tough years that the country has ahead of him and for that reason, the Socialist Party must focus on the essentials. An allusion by António Costa to the party’s divisions because of the presidential elections.

António Costa meets this Friday with the National Association of Portuguese Municipalities (ANMP), following the request for an audience with the Prime Minister to discuss the role of municipalities in responding to the crisis caused by the pandemic of covid-19.

Today, Fitch Ratings is expected to assess Portugal. The financial rating agency will assess the rating of the Portuguese debt, after having lowered the outlook from ‘positive’ to ‘stable’ on April 17 due to the covid-19 pandemic.

On April 17, Fitch revised the outlook on the Portuguese economy from ‘positive’ to ‘stable’, but maintained the ‘rating’ at BBB, investment level (above ‘trash’).

“The revision of the outlook reflects the significant impact of the global covid-19 pandemic on the Portuguese economy and the budgetary position of the Sovereign (State). The shock is likely to interrupt previous trends in improving economic growth, the ratio of public debt to GDP (Gross Domestic Product) and resilience in the banking sector “, said Fitch, in a position that was not scheduled in the official calendar.

In Portugal there are 1,277 deaths due to covid-19. In the last 24 hours, an additional 252 infections were detected, bringing the total to 29,912. The number of recovered remains unchanged.

Most cases occur in Lisbon and the Tagus Valley. Sonae confirms that at the Azambuja facilities it records 70 cases of covid-19.

A ward at Hospital de Santa Maria in Lisbon will be disinfected today. Positive cases of covid-19 were detected among the six people who were hospitalized in this ward. During the intervention, patients will be transferred to other areas of the Hospital.

According to the hospital statement, as soon as the disinfection is complete, the space will function again “with all normality”.

Situation in the world – USA put flags at half-mast

At the global level, according to a balance sheet by the AFP news agency, The covid-19 pandemic has already claimed almost 330,000 deaths and infected more than five million people in 196 countries and territories.

US President Donald Trump announced on Thursday the placement of half-masted flags on federal buildings and national monuments, in honor of the memory of the victims of the new coronavirus.

“I will put the flags on federal buildings and national monuments half-masted for the next three days, in memory of the (North) Americans we lost because of the coronavirus”, wrote Trump on the social network Twitter.

The most bereaved country in the world due to the covid-19 pandemic, the USA recorded 93,863 deaths and more than 1.5 million infected people.

China has diagnosed, in the last 24 hours, four new cases of covid-19, keeping the daily sum of infections in the country below ten, authorities said today.

The China Health Commission has detailed that two of the four new cases, diagnosed by 11:59 pm Thursday (4:59 pm in Lisbon), are from Jilin, the northeastern province of the country, the new focus of the disease in Chinese territory .

Jilin, who borders Russia and North Korea, has diagnosed dozens of cases in recent weeks, prompting Chinese officials to restrict travel outside the province.

The other two cases were detected in Sichuan, in the southwestern province, and are from abroad.

According to official data, since the beginning of the pandemic, China has registered 82,971 infected and 4,634 dead due to covid-19, the disease caused by the new coronavirus. So far, 78,255 people have been discharged.

Geneva, Switzerland). - Last December the World Health Organization (WHO) made public the health crisis generated by the...
Read more

The former Colombian footballer died on the afternoon of this Thursday, September 17, and at the age of 43...
Read more

Chiquis Rivera’s brother comes out in defense of Lorenzo Méndez

Your browser does not support iframes. ...
Read more

On October 13 it begins to gain strength as the day we will see the new iPhone...
Read more

Relevance of Bitcoin as a cryptocurrency

The most popular and worked cryptocurrencies in the virtual world are bitcoins, this electronic currency is perhaps the best...
Read more

Duhalde: “Fernández is groggy as was La Rúa”

40 days before the presidential elections in the...
Read more
World

“It is in homage to freedom and democracy”

Virologist Drosten: Why many are still infected with corona

Masks are a remedy that we previously underestimated. But now they have become an...
Read more
Archynewsyarchynewsy.com