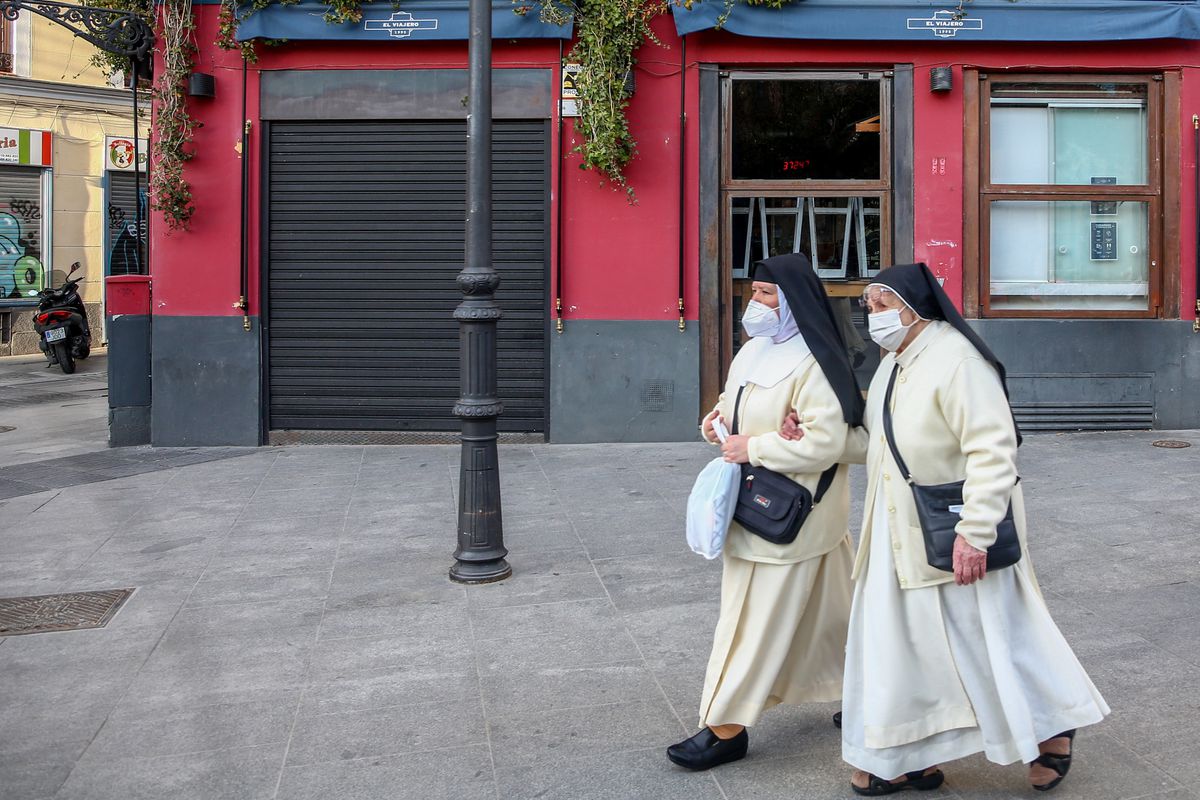 The Community of Madrid says that last December –when the National Strategy established that only first-line residents and health workers had to be punctured– was vaccinated against covid 1,585 people from 42 religious congregations in the region through the Red Cross device. And also the Community of Madrid says that this did not happen. This contradiction comes from a response from the Transparency Portal to a request for information from the Madrid Nursing Association (AME), in which it is affirmed that it does, and from the statements this Monday by the Minister of Health, Enrique Ruiz Escudero, who affirmed not. What has happened?

On July 6, Víctor Jiménez, vice president of AME, sent a request to Transparency: “Access the number of administered doses of vaccines, broken down by each month of validity of the contract and by each of the established vaccination groups / sectors, by equipment enabled by order of December 29, 2020, of the Minister of Health by which the processing is ordered and the execution is awarded, on an emergency basis, of the Services contract called: support service for vaccination against covid-19 in the 2021 campaign in the Community of Madrid ”.

The answer came on July 30: “The activity carried out by the Red Cross is summarized. The Red Cross has participated in the vaccination of different risk groups and groups: nursing homes, religious congregations, other social health centers such as sheltered apartments, priority group three of essential workers such as the Civil Guard and the National Police. In addition, it has carried out the rescue of doses that were pending in Residences and social health centers and is participating in the mass vaccination centers such as Wanda Metropolitano and Casa del Reloj. In total, at least 204,198 doses have been administered by Red Cross teams ”.

In that document, to which this newspaper has had access [y que se puede consultar al final del artículo], there is also a table with this breakdown. According to that reply, in December 2020, 182 nuns of the Daughters of Charity, from Casa San Nicolás, received the first dose of the covid vaccine. In addition to 23 of the Marist Brothers and 12 Servants of Mary. Thus, up to 1,585 religious men and women. In January, all rows for religious congregations are at zero. And in February, injected doses appear only in two, in the Sisters of Charity of San Vicente de Paul, 59, and in the Religious of the Sacred Heart of Jesus, with 67.

But the data in the Community’s response are, at least in part, wrong. For example, also in the December column, it appears that this humanitarian organization administered 26,295 doses in the Wanda Metropolitano, a mass vaccination point that was not enabled until February and to which the Red Cross “did not join until June,” recalls a spokesperson. Of the same. And the total doses administered by their teams, in that month alone, is 48,016. An impossible figure. One of the first reports of the Ministry of Health on the campaign, that of January 5, 2021, estimated at 5,335 the punctures that the Community had inoculated until then, 5.4% of what had been delivered until then, 98,790 doses.

Ruiz Escudero, in a visit to the Blood Transfusion Center this Monday, explained that at the end of the year Madrid “received 1,290 doses that were administered in three residences, one private, one public and one arranged.” It was Sunday December 27, The day that immunization campaign started across Europe, and were the residents and staff of the Azaleas center, in Ciudad Lineal, those of Parque Almansa de Ballesol in the Moncloa-Aravaca area and the Vallecas residence for the elderly, of the Madrid Agency for Social Care (public).

“We follow the Vaccination Strategy, no doses have been administered in the month of December in any religious congregation. That data [el de la respuesta de Transparencia] it’s wrong, ”added the counselor, who insisted that only when 90% of the residents or people with disabilities who lived in a community center were vaccinated, did the rest begin with the injection.

Also since Red Cross, which activated on December 30 the support device for the regional Executive, they assure that “it was not until March 4” when they had “contact with a congregation and it was for a residence managed by religious”. “Those tables are wrong, what appears in December is the total injected into those congregations,” says the same spokesman.

Several contacted by this newspaper, among them the Salesians of the Casa Sor Eusebia, the Missionaries Paúles or the Mercenaries of Charity, assure that their first dose arrived already in 2021. A nun asked the telephone where did this information come from: Community Government? But how is the Community going to give information that is wrong? Look, I don’t know how that could be or if it happened in the others, but in this one at least that is not the case. “