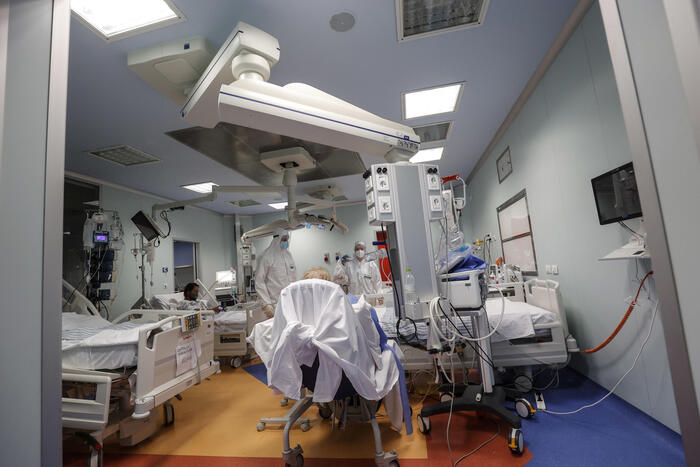 According to data from the Ministry of Health, 22,527 new infections from Covid have been registered in the last 24 hours, yesterday there were 21,190 infected with 60 victims, an increase compared to yesterday (46). The rate is 13.6% up from 12.7% yesterday.

The total number of Covid cases detected since the beginning of the pandemic in Italy is 22,241,369. This is what emerges from the bulletin of the Ministry of Health. There are 138 patients admitted to intensive care, 8 fewer than yesterday in the balance between entries and exits, while daily admissions are 9. The hospitalized in ordinary wards are 3,350 (-66). The currently positive are 412,735, compared to yesterday 372 less. 21,651,859 (+22,835) have been discharged and healed, while the total deaths since the beginning of the pandemic is 176,775.

MONITORING OF THE GIMBE FOUNDATION

With the resumption of viral circulation, the fourth dose of the anti-Covid vaccine is “urgent for over 14 million people”. The report of the Gimbe Foundation for the week 14-20 September highlights this. The number of people candidates to receive the second recall (fourth dose), says Gimbe, is over 19.1 million: of these, over 14 million can receive it immediately, almost 1.9 million are not immediately eligible as they are cured less than 120 days ago and almost 3.2 million have already received it. As of September 21, 3,171,672 fourth doses have been administered. Based on the official audience (19,119,772 people), updated as of September 17, the national coverage rate for the fourth doses is 16.6% with clear regional differences: from 7.4% in Sicily to 27.7% in Sicily. ‘Emilia Romagna. Still, in the Gimbe monitoring, the percentages of those who have received at least one dose of vaccine (88.2% of the audience) and of those who have completed the vaccination cycle (86.7% of the audience) are also noted. There are 6.81 million unvaccinated, of which 1.11 million recovered are protected only temporarily. In addition, 7.57 million people have not yet received the third dose, including 2.25 million recovered who cannot receive it immediately.