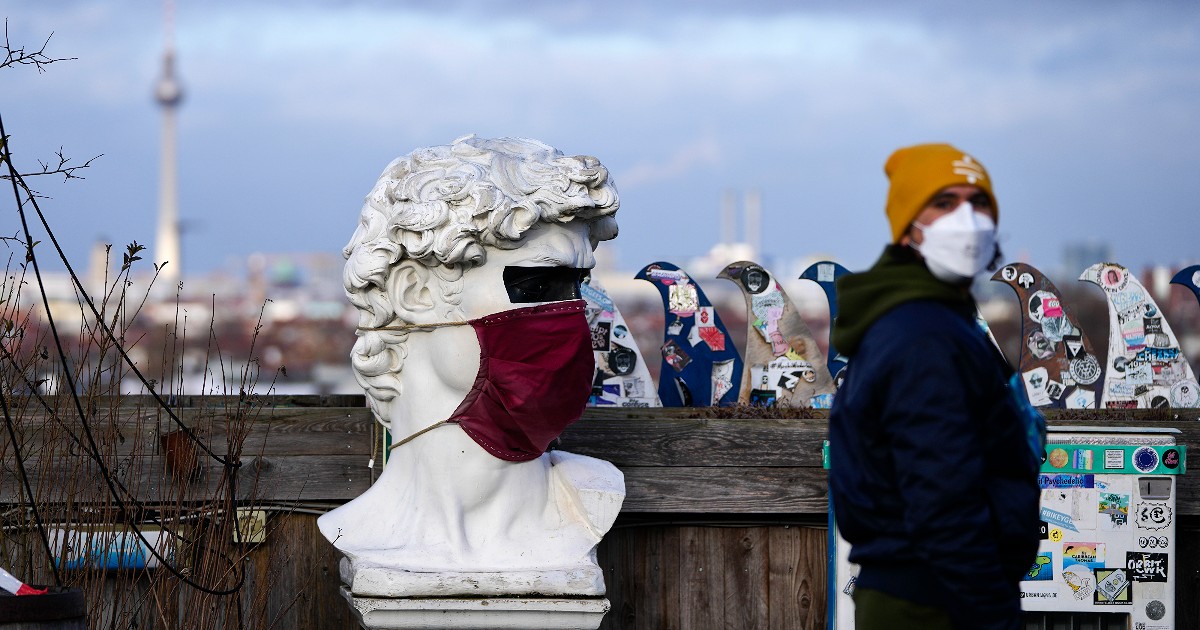 Europe is split in two between those who are still experiencing the peak of the new wave of coronavirus pushed by the spread of variante Omicron and who, on the other hand, begins to see the curve of infections go down even if still not too decisively. While in Germany register a new one record of infections, arrived over 81 thousand in 24 hours, several countries are loosening the measures to limit the contagion due to the high transmissibility of the new variant. Last, in chronological order, is the decision of the Great Britain to align with other countries, including Italy, reducing the isolation for the positives fully vaccinated 7 to 5 days.

To announce the decision of London was the Minister of Health, Sajid Javid, according to which “about two thirds of positive cases are no longer infectious by the end of the fifth day”. In this way, it is one of the objectives of the measure taken by the executive headed by Boris Johnson, persistent ones can be reduced staff shortages in various sectors, starting with healthcare. The only additional element of guarantee, a double buffer on the fifth and sixth day which must be negative. The move of Downing Street arrives despite 17 thousand people currently hospitalized in the country’s hospitals due to Covid-19. But according to Javid there are “Encouraging signs”, because if it is true that the national health service will remain “under pressure” in the coming weeks, it is also true that there is no increase in intensive care admissions.

Even in Netherlands, the first country to return to lockdown in this latest wave, we are thinking of a ‘exit from general isolation, also due to the pressure of local authorities on the new executive headed by Mark Rutte. The current rules, in fact, provide for the closure of all non-essential activities, but they will expire tomorrow and yesterday in the country the demonstrations multiplied to ask for at least one partial reopening. Some local authorities have even threatened to decide independently, with the risk of creating a chaotic situation.

In all countries, however, carry on the vaccination campaign to ensure a high level of coverage of the population remains the main objective. In Spain the green light to the third dose to all over 18s, while until today the booster it was reserved only for people aged 40 and over. In addition, the interval that must elapse from the completion of the first cycle has been reduced from 6 to 5 months.

In Hungary, on the other hand, we have already passed the ok to fourth dose for anyone request it. This was announced by Prime Minister Viktor Orban, Gergely Goulash, as reported by the Guardian. This is the first country in the EU to start the campaign for the fourth dose for all. While in Denmark, as well as in Greece, the fourth dose is available for “the most vulnerable groups” such as the immunosuppressed, as announced by the Minister of Health, Magnus Heunicke. This is also in view of January 16, when Denmark, which has 5.8 million inhabitants, will ease some of the restrictions: parliamentarians have agreed to reopen cinemas, entertainment parks, museums and cinemas. In addition, spectators will be admitted, albeit in limited numbers, to sporting events both outdoors and indoors.

In the United States, instead, the president Joe Biden is concerned about the possible consequences of the high number of infections on the health of hospital facilities. So much so that he decided to send military doctors to hospitals of 6 States where there is a higher increase in Covid-19 infections than in the rest of the country. As they report Abc e Usa Today, citing sources of the White House, teams of doctors, nurses and clinical staff will be sent as early as next week to the states of New York, New Jersey, Ohio, Rhode Island, Michigan and New Mexico.