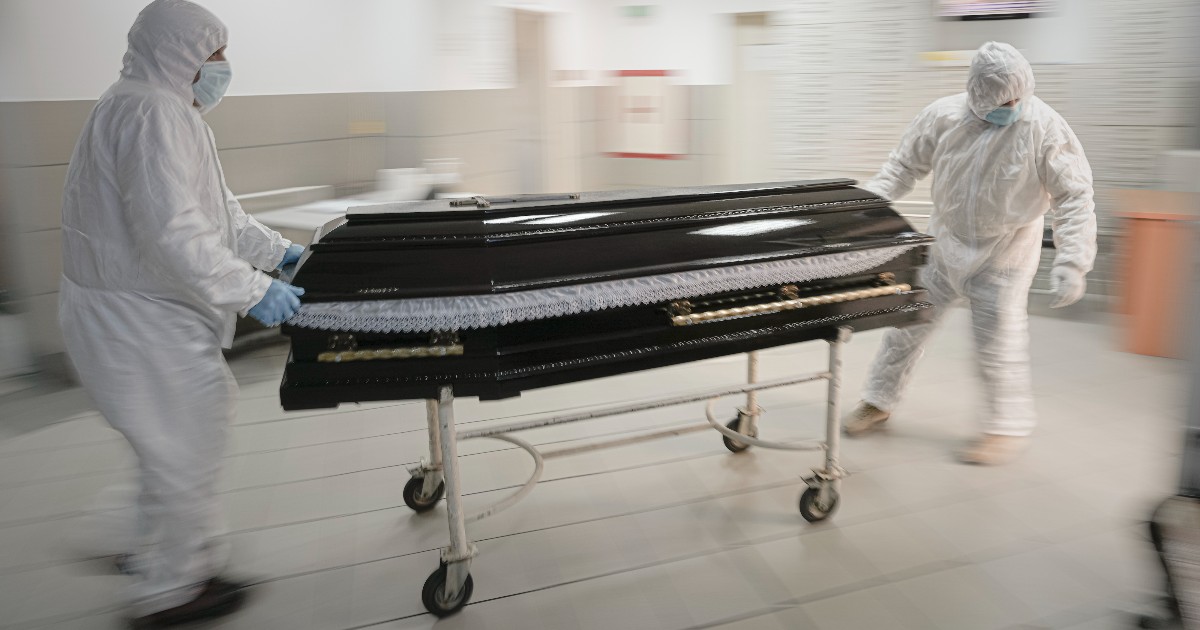 The Covid situation in Europe there is no sign of stabilizing. On the day theAustria back in lockdown e iThe German Minister of Health warned about the drama of the situation, with Angela Merkel pushed to define “Insufficient” current measures, the most dramatic news comes from Romania and also in Slovenia the situation is critical, with just 8 free beds in intensive care and one positive swab for every two processed. While the Russia scores again over 1,200 deaths in 24 hours: it is the eighth consecutive day with such a high number of victims. For weeks, the World Health Organization has emphasized how Europe has returned to being theworld epicenter of the pandemic, dragging the overall growth of cases.

In Bucharest corpses in the corridors – In Romania the situation is so critical that the morgues are full and the dead are placed in the corridors: CNN reports, telling of the situation at the university hospital in Bucharest where the mortuary has 15 seats, but the dead are 41 and many bodies lie closed in black bags on stretchers of the adjacent corridor. In the same hospital all beds in intensive care they are full, except for one that is released due to the death of a Covid patient. “They never stop” coming, says the nurse Claudiu Ionita. “I never thought, when I started this job, that I would see such a thing. I didn’t think such a thing could happen catastrophe, we see entire families dying ”. In Romania only the 36% of the population is vaccinated due to a mix of distrust of the authorities, fake news and superstitions. In the campaign the vaccination rate is half that in the city, also due to the role played by part of the Orthodox clergy, opposed to vaccinations.

See also  Haller, from a “forgotten” player to a “super hat-trick” in Europe

In Slovenia 8 free beds in intensive care – The epidemiological situation in Slovenia, where in the last 24 hours the positivity rate at Covid has returned to exceed 50 percent. As reported by the health authorities, out of 2,730 molecular tests carried out, the positive results were 1,389, equal to 50,9%. There were 16 deaths, but the number of hospitalizations is worrying: there are hospitalized patients 1.162, of which 275 in intensive care, with a maximum capacity of 288 beds. The management of the hospital system remains difficult in the first place due to the structural shortage of health personnel, whose sick leave reached 450 at the Maribor polyclinic hospital.

In Switzerland incidence at 700 – In the last 72 hours, in Swiss they registered 14,590 new cases and 18 deaths, according to data from the Federal Office of Public Health (FOPH). There are 156 new hospitalizations. Over the last 72 hours, the results of 112,865 tests have been transmitted. The rate of positivity he was born in 12,93%. Over two weeks, the total number of infections is 60,773. THE cases per 100 thousand inhabitants in the last 14 days are 697,79. In Switzerland only the 65,28% of the population received two doses of the vaccine.

Another 1,200 dead in Russia – I am 35.681 the infections recorded in Russia in the last 24 hours e 1.241 people who have lost their lives due to complications attributable to Covid-19, report the local health authorities: while the average of infections seems to be decreasing, the number of deaths remains high, over 1,200 for a week. In total, since the outbreak of the pandemic, 9,366,839 cases of Covid have been confirmed and 265,336 deaths. Yesterday the Russian president Vladimir Putin announced that he had received the third dose of vaccine.

Ukraine, over 7 thousand infections – In Ukraine have been recorded in the last 24 hours 7,464 new cases e 326 deaths caused by the disease: reports the Ukrainian Ministry of Health, taken over by the agency Ukrinform. According to official data, since the beginning of the epidemic in the country they have been detected 3,340,407 almost of Covid-19 e 81,598 people they died from the disease.