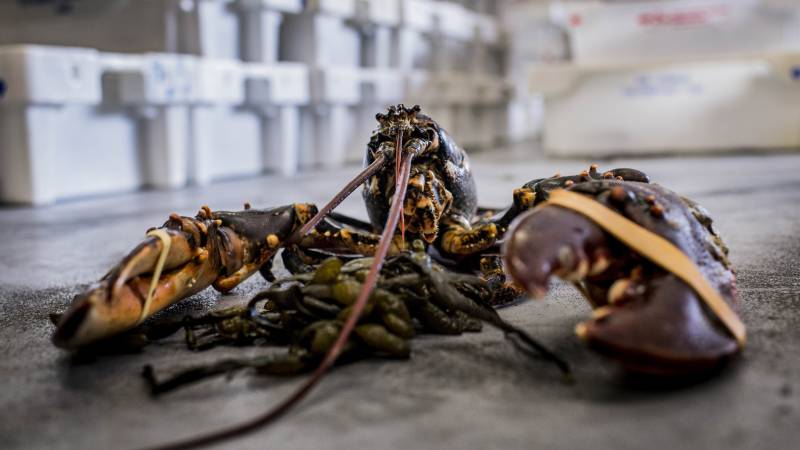 Crabs, lobsters and octopuses can suffer and experience pain, according to research commissioned by the British government. A study by researchers at the London School of Economics (LSE) found that there is “strong scientific evidence” that decapod crustaceans and cephalopod mollusks have sensation.

Studies on the experience of pain in lobsters and crabs often involve cooking the animals, which is still a common occurrence in restaurants. In Switzerland it became in 2018 forbidden to cook lobsters alive, in the Netherlands it is allowed.

Following the literature review of more than 300 scientific studies, the animals are now being included in UK animal protection legislation. They have complex brains and nervous systems, respond to pain similarly to humans, and avoid or minimize damage to their bodies, the researchers say.

In the Netherlands, invertebrates such as lobsters and crabs are not protected by legislation if they are killed for food. Very bad, says Wakker Dier. “We protect mammals and birds in legislation, but not all other animals. Cooking live is incredibly inhumane, it should be banned,” says director Anne Hilhorst. “It is actually very strange that we just assume that they have no emotional life.”

According to Hilhorst, the difference is because mammals resemble humans. “It’s easier to imagine how it works in them than in animals with completely different anatomy.”

The Animal Protection wants an end to cooking without anesthetic. “Because a lobster is quite large and has thick armor, it takes at least 30 seconds for the lobster to die. You can see that the lobster responds to the heat by trying to escape,” said a spokesman. “When cutting alive, the animals also resist violently”.

The Department of Agriculture, Nature and Fisheries says it is studying the British results. According to the ministry, previous research in the Netherlands showed that insufficient knowledge was available about the experience of pain in invertebrates.