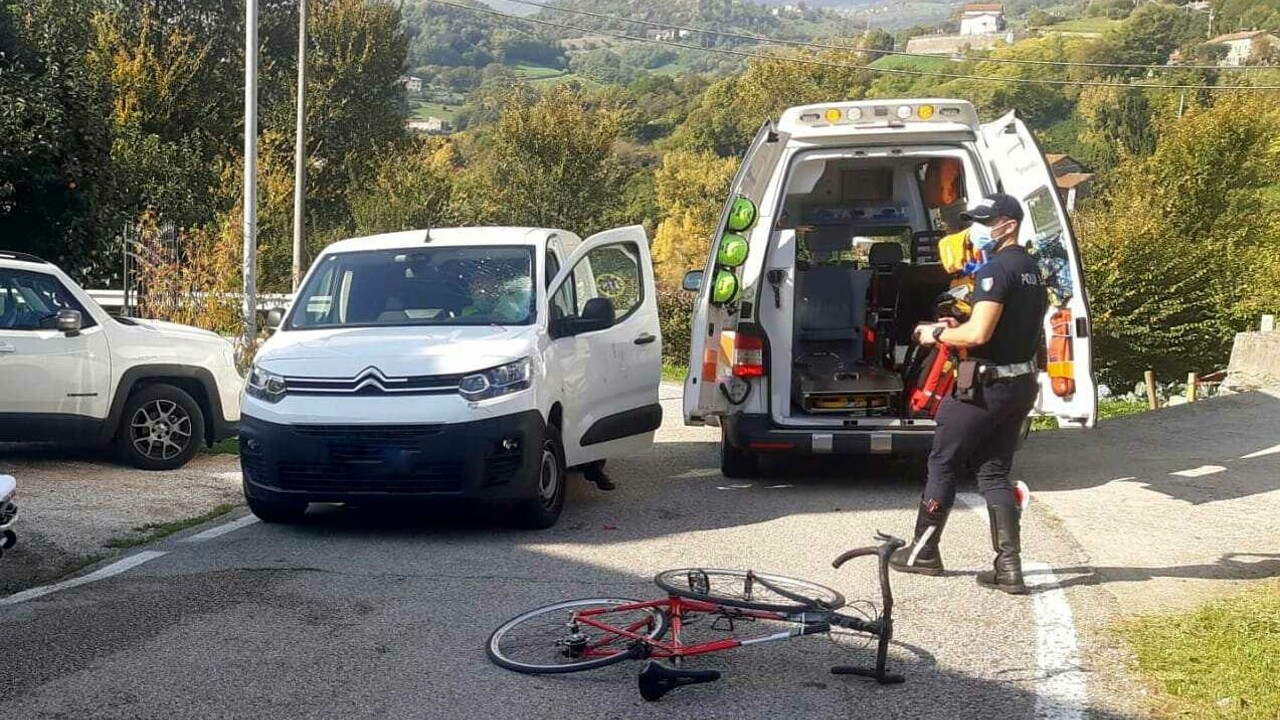 At 12:55 pm on Saturday 23 October. AG, 46, from Cassola, riding his racing bicycle, was traveling along via Zucchi, coming from Salcedo, in the direction of Fara centro. In tackling the descent, due to causes under investigation, he collided head-on with the Citroen van driven by GD, 70 years old from Rosà, who came from the opposite side and had just faced a right-hand bend.

Following the impact, so violent as to cause the bicycle frame to break, the cyclist reported various fractures, even with facial trauma, so much so that the medical staff of the 118 ambulance who intervened believed it necessary to request urgent transport of the patient by helicopter rescue. The air ambulance arrived after a few minutes and transported the cyclist to the Hospital of Vicenza, where he underwent a surgical operation.

See also  Song So-hee, who joined 'Goal Strikers (Goal Girls)', said that she likes soccer, so she even joined a soccer club.