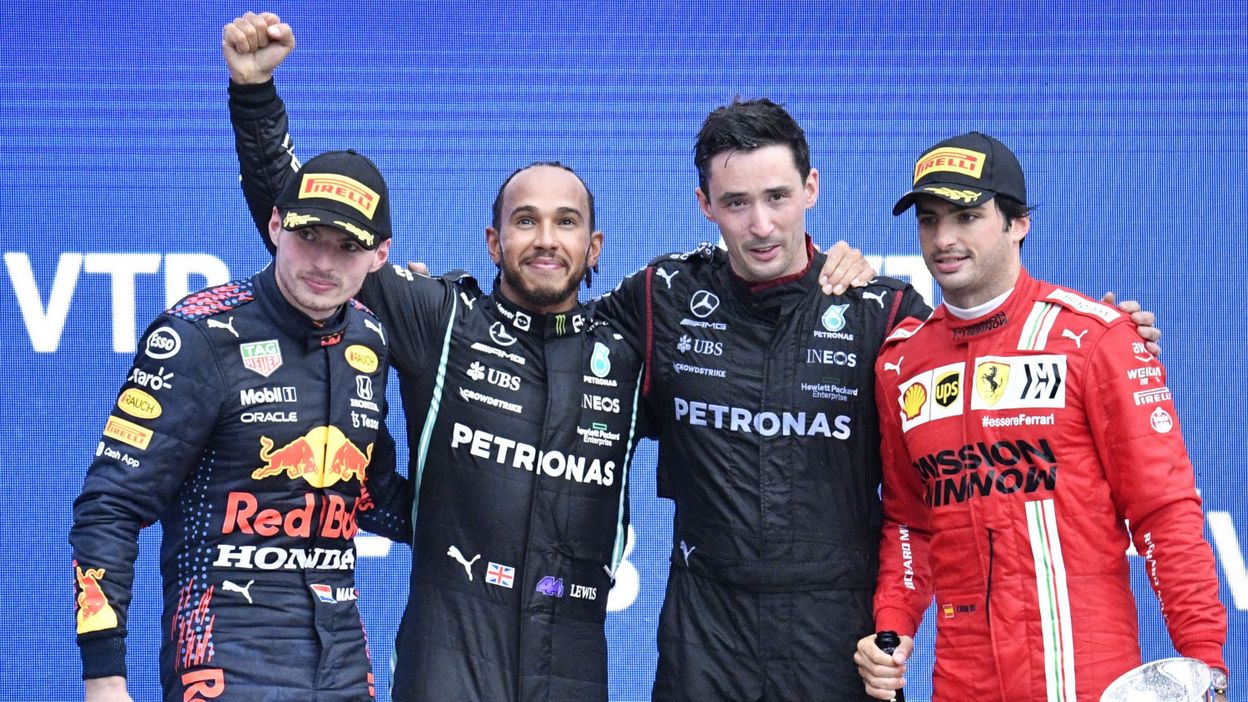 The Briton Lewis Hamilton (Mercedes) won its hundredth F1 success this Sunday, crossing the finish line of the Russian Grand Prix, the fifteenth round of the Formula 1 World Championship, the first to cross the finish line. LH regained the lead in the general classification with two points ahead of Max Verstappen.

The seven-time World Champion won ahead of his rival in the title race, the Dutchman Max Verstappen (Red Bull), yet started from the twentieth and last place on the starting grid due to an engine change! Spanish Carlos Sainz (Ferrari), short-lived leader of the event after having made an excellent start, climbed to the third step of the podium.

The Briton Lando Norris (McLaren), who took pole position on Saturday, led most of the race before giving it to Lewis Hamilton three laps from the finish: the Mercedes driver returned to the pits to put on intermediate tires, while his young compatriot tried his hand at staying on the track in slicks… Bad idea, since the rain has redoubled in intensity and caused some big frights to Lando Norris who, death at heart, had to change tires at the very end of the race to finish in seventh place.

►►► To read also: Lewis Hamilton, racing and wrestling in the blood

►►► To read also: Lewis Hamilton: “What a race for my hundredth victory!”

Deprived of victory for more than two months and the British Grand Prix, Lewis Hamilton increased overtaking after his first tire change before making a series of quick laps and coming back just behind Lando Norris a few laps from the finish. The rain made a Grand Prix even more spicy, which until then had been full of emotions and highlights.

See also  Maluka wins in his pre-swim 200 meters freestyle, but does not enter the semi-finals