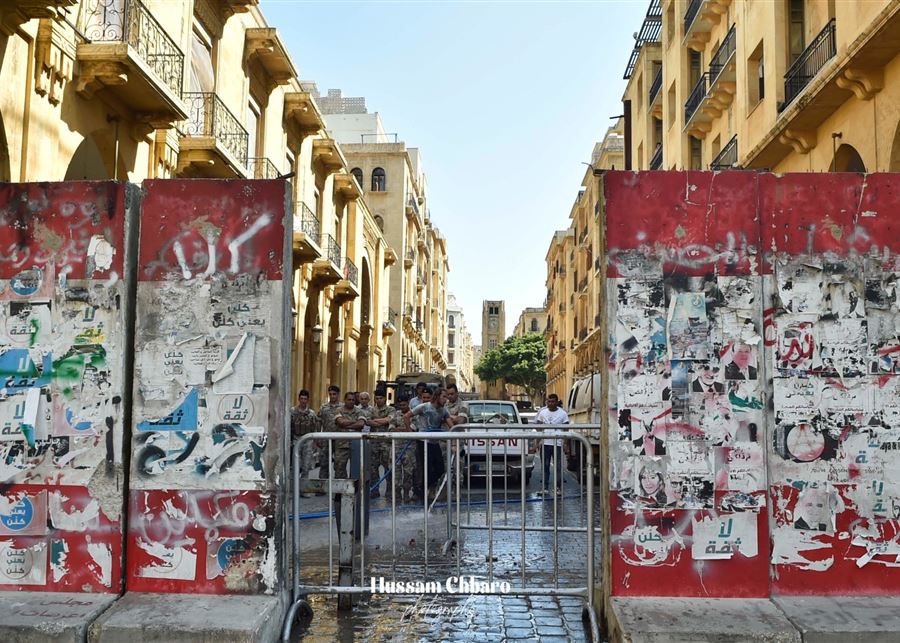 What was rumored about the acceleration of crises after the end of the elections and the deterioration of conditions more and more, has become a reality. The sectors are falling apart again after the “dollar support” doses they received prior to the elections, due to the rapid and crazy appreciation of the exchange rate, and the green currency reaching record levels. The aforementioned reality is accompanied by another rise in the prices of various products, most notably fuels, as the price schedules bear significant increases, until the gas can touched 600,000 pounds.

In parallel, the political impediment continues to escalate, and there is no prospect of solutions yet. Many benefits are awaited, but the way the files are dealt with does not indicate any good. The elections for the Speaker and Vice-President exposed the size of the gap in the new parliament, as there are no agreements or consensus, which means that there is no prospect of solutions, and the matter will withdraw in the future to the formation of the government, the presidential elections and the approval of financial plans and legislation.

Returning to the economic reality, the exchange rate has gone out of control, and there is no ceiling for its rise despite the intervention of the Banque du Liban through circular 161 and the “exchange” platform, which led to questioning its feasibility and the continuity of its work.

Sources from the Banque du Liban confirmed the Central Bank’s intention to continue working with it, and revealed that trading on the “exchange” platform declined in recent days, election days. This was accompanied by a great demand for hard currency as a result of the Lebanese people’s concern about what was to come after the elections, with the spread of many rumors that the dollar might reach the 100,000-pound limit.

The sources explained to the electronic newspaper “al-Anbaa” that “the income of the exchange platform from the dollar decreased due to the decline in remittances, but remittances returned to normal and the deal as well, and therefore it is expected that this will reflect positively on the currency market, but this does not mean the return of the dollar to the previous levels, i.e. 20 A, because other factors, especially political ones, still exist.

Economist Walid Bou Suleiman does not show any optimism about what is to come, and pointed out that the $20,000 was an electoral dollar, and it is expected that the exchange rate will rise more amid the uncertainty of the political scene, the complexities and the sharp division in the House of Representatives, which is manifested in the elections of a speaker to Parliament.

In an interview with Al-Anbaa online newspaper, Bou Suleiman pointed out that “there is nothing that might curb the rise in the dollar’s exchange rate except a positive shock that comes in the form of forming a government in a quick time, but the indicators do not suggest that, and therefore the dollar’s path is upward.”

In conclusion, he pointed out that the current government has become by virtue of the conduct of business, and therefore has no authority to conclude agreements, and therefore what is required is to remedy the time and form a government as soon as possible, and to start implementing recovery plans, otherwise an unfortunate fate will reach Lebanon with the depletion of central dollars, as then the ability to do so will be absent. Importing any product from abroad.

See also  On the birthday of Tariq Al-Arian .. Asala gets married and Nicole Saafan comments on her separation from him