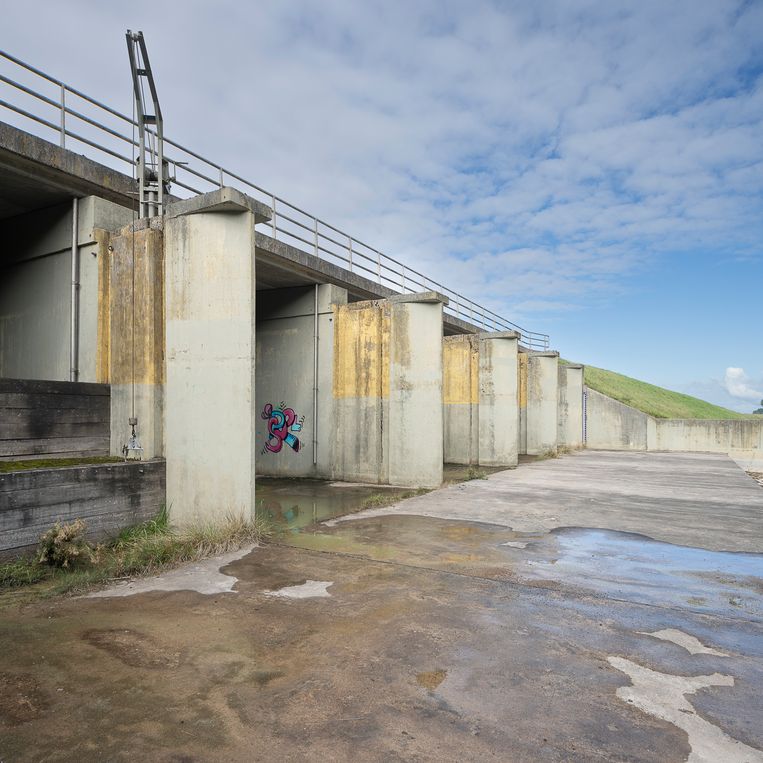 Upon seeing the IJssel in the summer of 1949, British Field Marshal Bernard Montgomery was not particularly impressed. “I can jump over that,” he would have said mockingly. The highly decorated general from Great Britain, who would later become NATO’s top man, was on an inspection in the Netherlands to assess which waterway could be used to stop the Soviet army. Just in case the Cold War came to a boil and Stalin conceived the idea of ​​invading Western Europe by land.

The IJssel clearly did not meet the requirements of the British as a potential barrier for the Red Army. But Montgomery had not counted on the Dutch hydraulic engineers from Delft. As a result, at the start of the Cold War, the IJssel Line, which had been set up in the utmost secrecy, would become the crucial defense line to keep Stalin’s ground troops away from Amsterdam, Brussels, Paris and London.

The renewed Russian threat these days is a good time to revisit the relatively unknown story about the IJssel as a defensive border, according to the IJssellinie Foundation. This weekend they will open the bunkers that have been restored to their former state at the De Haere estate near Olst – on the IJssel, between Deventer and Zwolle. Near the village of Overijssel stood one of the important weirs in the defense system, with associated combat positions, a command bunker and other military facilities.

Through a weir in the Waal near Nijmegen and one in the Lower Rhine near Arnhem, all the Rhine water from Germany would flow to the IJssel, which would thus have a width of 5 to 10 kilometers and the flooded parts a depth of approximately 40 centimeters. Knee-high, so that heavily packed soldiers could not get through on foot, but also boats and vehicles would get stuck. The weir at Olst was to prevent the water from flowing away too quickly into the IJsselmeer.

‘Using water in this way as a defense was unique worldwide,’ says Jacques Duivenvoorden, chairman of the foundation. ‘In the Netherlands we know the New and Dutch Water Lines, the Defense Line of Amsterdam and the Grebbe Line, but these are only fortifications surrounded by water. A completely self-created inland sea of ​​continuous water mass was unprecedented.’

After a second visit by Montgomery at higher water, during which the flooded IJssel floodplain already reassured him, the system was ready and ready for use three years later, in 1953: 750 small and large waterworks to convert the IJssel into a real water curtain. Built by flooding 85 so-called bowls in the IJssel landscape, surrounded by (defence) dikes. To be deployed within five to ten days, the estimated time it would take the Red Army to reach the Netherlands from the Iron Curtain.

‘Look, you can easily pass it by’, says Duivenvoorden, besides being chairman of the IJssellinie Foundation this weekend also one of the thirty guides during the Open Bunker Days in Olst. Walking over one of the defense dikes, he points to a green construction with a crank, winch and a steel cable that disappears into the dike. ‘This allowed a bulkhead to be hoisted to allow the water to flow from the Deventer basin to the Salland basin. So simple, but in its entirety extremely ingenious.’

Except for Prime Minister Willem Drees, the Defense Summit and the designers, hardly anyone in the Netherlands knew about the project. In order to keep the IJssellinie secret and to avoid fumbling in the area, the construction of bunkers and waterworks was not done by local workers, but by construction workers from the west of the country. They were also not allowed to know too much and were always replaced by other workers during a job. ‘Few people even asked questions in those days,’ says Duivenvoorden. ‘After the war, everyone was busy with their own skin. And back then building military facilities wasn’t all that special either.’

Even mayors along the route did not know exactly what all that activity along the IJssel was for. But they all knew about an envelope in their safe. To be opened when the ‘walking stick signal’ was given, code language for setting up the IJssellinie.

The orders in the envelopes had not been small. Entire villages and town centers would be flooded and within five to ten days 400 thousand inhabitants and 80 thousand livestock animals would have to be brought to safety. But it didn’t come to that. Although it was close to two times that troops were mobilized along the IJssel Line, during the Hungarian uprising in 1956 and the Cuban Missile Crisis in 1963, when the Afsluitdijk was closed as a first step to keep the water in the IJsselmeer up.

A year after the Cuban Missile Crisis, the danger seemed to have passed and the IJssel Line was put out of use in 1964. Germany was allowed to arm itself again from the mid-1950s, with which the defensive border for Western Europe slowly moved towards the border between East and West Germany. The secrecy surrounding the IJssellinie was only lifted the year after the fall of the wall. And the Soviet leadership? Because of espionage, he knew more about the IJssellinie than local residents. ‘Here’, Duivenvoorden points to a map in the command bunker. ‘They mapped the area in detail at the time.’