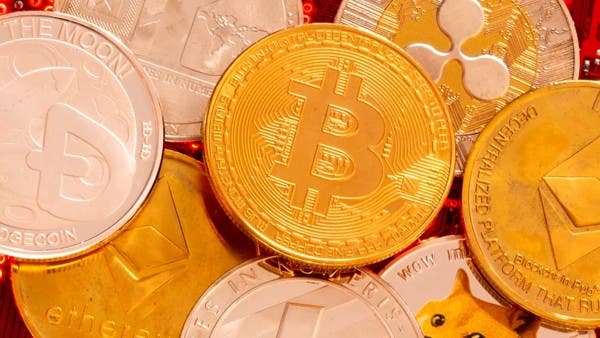 Co-founder and chief investment officer at Absolute Strategy Research, Ian Harnett, has warned of the imminent collapse of Bitcoin.

Harnett predicted that the most valuable cryptocurrency would likely drop to $13,000 – roughly a 40% drop from current levels.

“We will continue to sell these types of Cryptocurrencies In this environment.” “It is a question of liquidity. What we found is that it is neither a currency nor a commodity and certainly not a store of value.”

He explained the reasoning behind his pessimistic view of the cryptocurrency, as he said that previous cycles of ups and downs show that Bitcoin tends to fall around 80% from its all-time highs. In 2018, for example, the cryptocurrency fell to nearly $3,000 after hitting a record high in late 2017 of nearly $20,000.

If this scenario is repeated, it means that a drop in 2022 will bring Bitcoin back to around $13,000, which he considers a “key support area” for the cryptocurrency, Harnett told CNBC and seen by Al Arabiya.net.

Bitcoin soared to a record high of nearly $69,000 at the height of the crypto craze late last year 2021.

“In a world where there is so much liquidity, the bitcoins in this world do just fine,” Harnett said. “When that liquidity is withdrawn – which is what central banks are doing right now – you see that those markets are under severe pressure.”

He emphasized that the cryptocurrency world is on the brink, as investors grapple with the impact of rising interest rates on assets that have thrived in an era of loose monetary policy and excessive quantitative easing.

Last week, the Federal Reserve raised its benchmark lending rate by 75 basis points, its biggest rise since 1994. The Fed’s decision was followed by similar moves from the Bank of England and the Swiss National Bank.

Those moves affected digital assets. The total value of all cryptocurrencies has fallen by more than $350 billion in the past two weeks. Bitcoin was also trading at $20.010, down 5% in the last 24 hours. The No. 1 cryptocurrency has lost more than half its value since the beginning of the year.