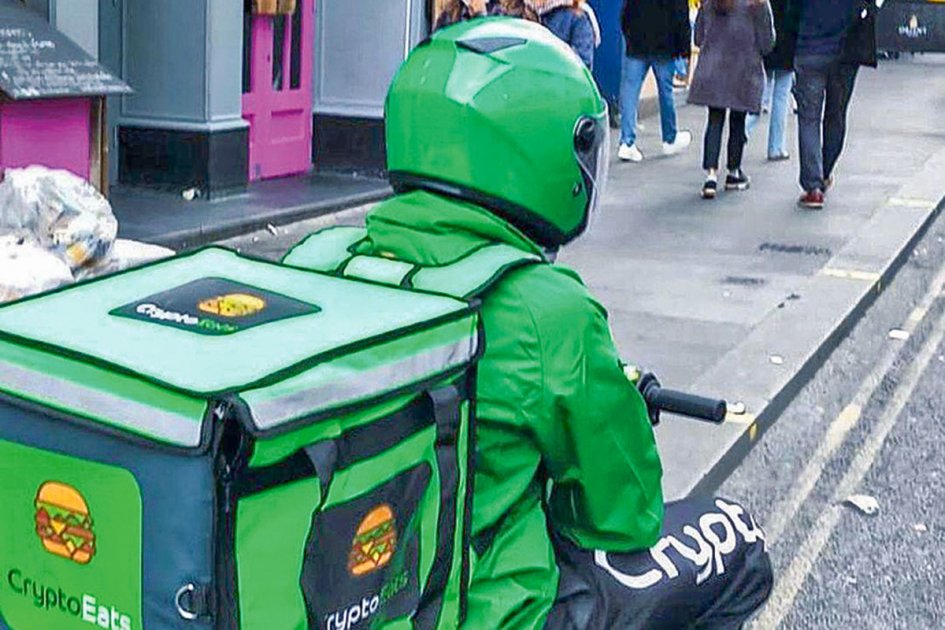 The promise was as follows: CryptoEats was an English application for delivery very similar to the current UberEats. The difference was very tempting for eventual consumers: it allowed payment in cryptocurrencies.

In a statement -which can no longer be found on the web- Wade Phillips, The supposed founder of the platform, announced the raising of US $ 8 million in Series A funds and the launch of EATS, the token or cryptocurrency that could be purchased through blockchain.com, a wallet that allows the exchange and purchases of cryptocurrencies.

The application promised to have available hundreds of restaurants to choose from and also the ability to deliver items and products from different locations simultaneously in the UK. He was supposed to have coffee deliveries in no more than five minutes and promised prospective workers guaranteed wages and pension funds.

Last weekend the token sale began. What happened next still has no clear explanation. Minutes after the coin transaction started, the app disappeared: according to blockchain records, buyers would have invested a total of US $ 500,000 in Binance Coin before the CryptoEats website and all its networks ceased to exist. The fraud was forced comment in the global tech industry.

However, scams like these are already known in the world of cryptocurrencies, there is even a term specially coined for them: rug pull or carpet pull, A technique that consists of raising funds for a project before it disappears completely.

Anyway what makes CryptoEats different was the huge campaign that at first seemed legitimate: They used respected news portals like GlobeNewswire, they created an elaborate campaign with English influencers like DJ Charlie Sloth and the boxer Bouncer, also in the streets you could already see some delivery people with the Cryptoeats logo on their backpacks.