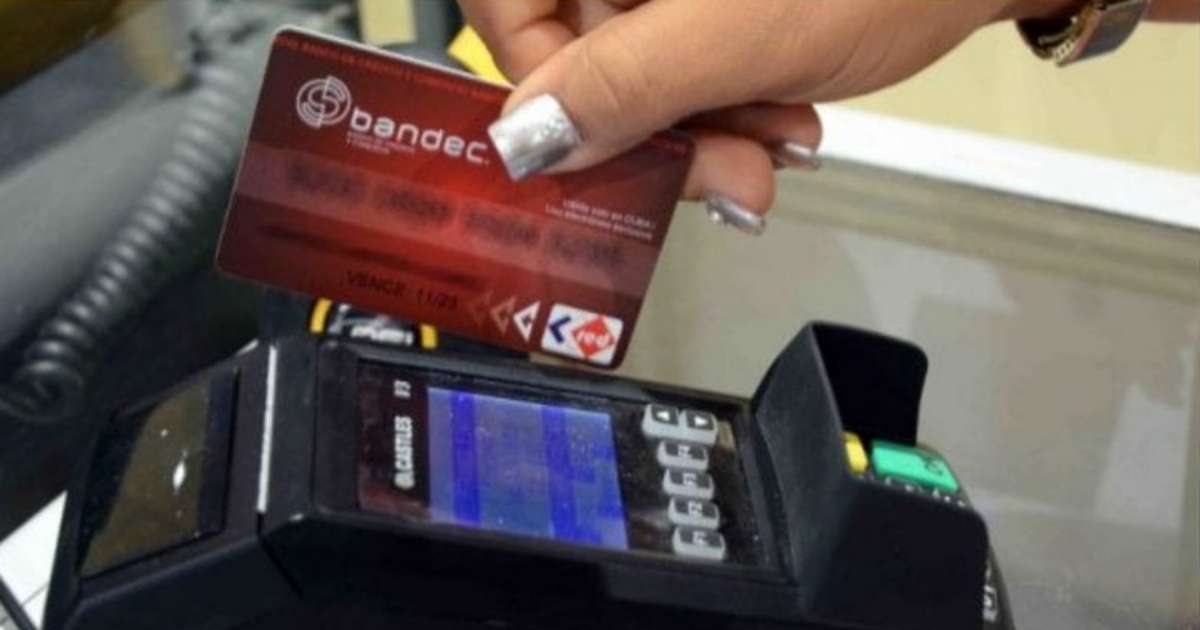 The Cuban government approved the service Extra Box, through which natural persons will be able to extract cash in business establishments such as pharmacies, supermarkets, shops, post offices, telecommunications, among others, located in those areas where there are no ATMs.

The Resolution 231/2021 of the Central Bank of Cuba identifies these commercial establishments as non-bank correspondent agents and authorizes them to deliver cash by debit card; payment of basic public services; collections from third parties and the sending and payment of money orders and remittances, local and abroad.

The document adds that non-bank correspondent agents may carry out other activities, as long as it is endorsed in a contract, where the limits of cash that clients can withdraw in each operation must also be established.

Cuban economist Elías Amor explained to CiberCuba that this is a measure with a “patch” function. in the country’s economy.

“They will not solve a problem, but they will be able to create some liquid situation for an establishment at a certain moment, because if you hand over all the cash you have and an urgent payment arrives, we don’t know how you satisfy it,” he says.

Amor points out that this regulation tries to solve the crisis of the lack of ATMs, which must be solved by the banks.

“In addition, it is only allowed to withdraw the money in Cuban pesos, which reduces a lot of interest for people who want to use the Freely Convertible Currency. This for me, closes the interest for a measure that I believe will pass in an inconsequential way, like many others, exposing the inability of the Government to manage the economy, “he concluded.

See also  Now money is flowing for Swiss: this is how the major shareholder bluffed - and that is now up to the customers

The Caja Extra service will be provided in Cuban pesos to those natural persons who are holders of RED payment cards and the money comes from the income they receive from their sales the non-bank correspondent agents, warns the legal norm.

Likewise, it is clarified that banks do not anticipate cash to the correspondent agents and the service will be carried out through electronic means of payments, such as the EnZona platform, which in its latest update allows Banco Metropolitano customers to extract cash through Caja Extra, according to the state company Cuban News Agency.

The correspondent agents authorized for these operations They are prohibited from disclosing or providing information regarding the number of payment cards and details of the operation, to people outside the bank, without the prior authorization of the holder, with the exception of the competent authorities established in the current legislation.

Nor will they be able to charge commission to the client; condition the performance of an operation to the purchase of another product related to your business; carry out any operation in a way other than that agreed with the bank; among other.

With this measure, the Central Bank of Cuba intends have new access points to financial services; offer an alternative for the extraction of cash in the same place where you make the purchase of goods or payments for services; and reduce the costs associated with the transportation, handling and custody of cash.

In previous days, the Cuban financial institution announced the circulation of a new series of 200, 500 and 1,000 peso bills, with a printing date in 2021 and changes in some of its security measures, such as the replacement of the watermark with the image of Celia Sánchez for that of the martyr that appears on the bill.