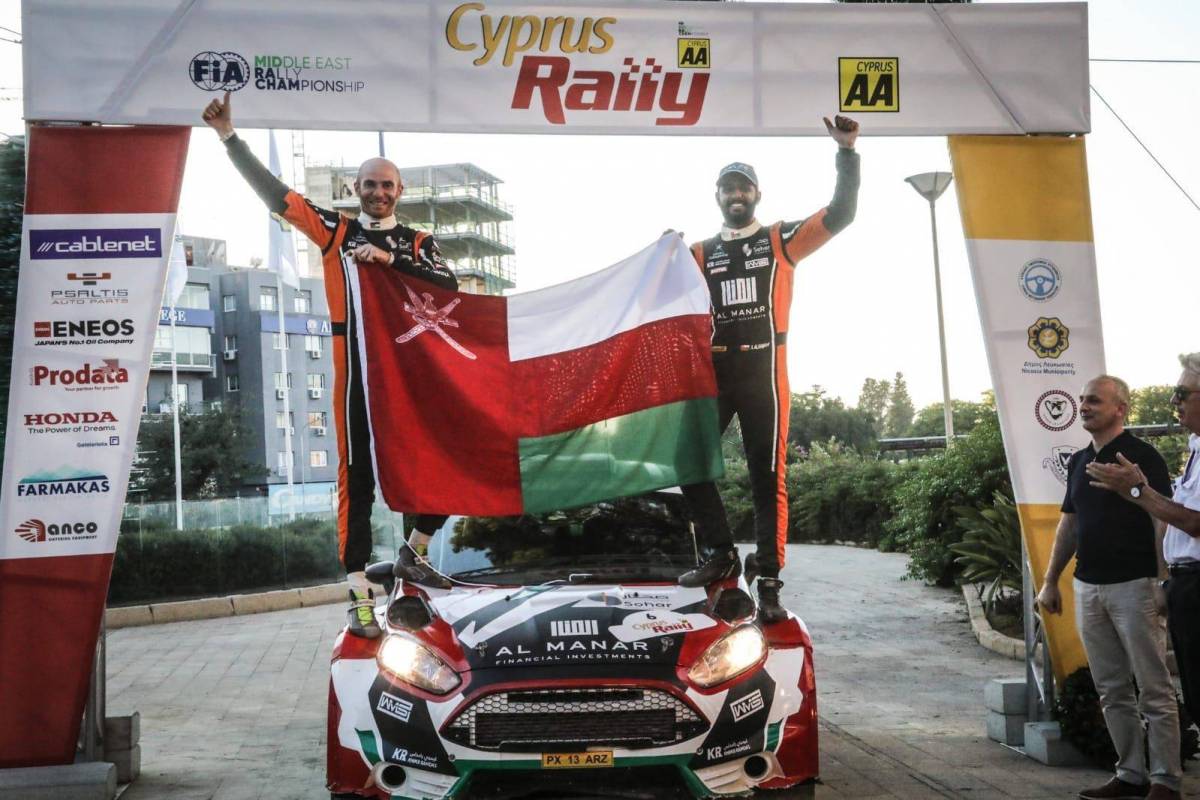 The Omani rally star Abdullah Al-Rawahi won the third place in the Cyprus International Rally, the fourth round of the Middle East Rally Championship.

With this result, Al-Rawahi advanced to third place in the general standings of the Middle East Rally Championship, after he finished the Cyprus Rally with a Ford SETA Rally 2, accompanied by Jordanian navigator Atta Al-Hamoud, the last day of the rally, scoring third place.

Al-Rawahi, who is participating with Jordanian navigator Atta Al-Hamoud on board (Ford Fiesta Rally 2), said that he is happy to be on the Cyprus Rally podium, which is considered one of the strongest rounds of the Middle East Rally Championship.

Al-Rawahi participated in the stages of the Cyprus International Rally with the support of Sohar International, Al-Manar Financial Investment Group, Khimji Ramdas Group and Lujaina Mohsen Darwish. Before Al-Rawahi achieved the eighth fastest time in the last stage, after he suffered 4 kilometers before the end of the problem with the spindle and differential, while Ibn Al-Jazira finished third to advance in the final standings by 42 seconds over Ibn Sultanate of Oman. This result comes within the gradual rise of Al-Rawahi as the young driver began to gain a lot of experience on the Middle Eastern tracks, as he was second in the Oman Rally in 2019, and he also finished the Middle East Championship in second place.

Abdullah Al-Rawahi said at the end of the rally: “It was a strong competitor and we faced many challenges. The drive shaft (the drive shaft that transmits the engine torque from the gearbox or the differential to the tires) broke 4 kilometers before the finish line, and the car started to push with the front tires only. It took us a lot of time to get to the end, but we are happy with this result.

The final overall standings for the top five of the Cyprus Rally: