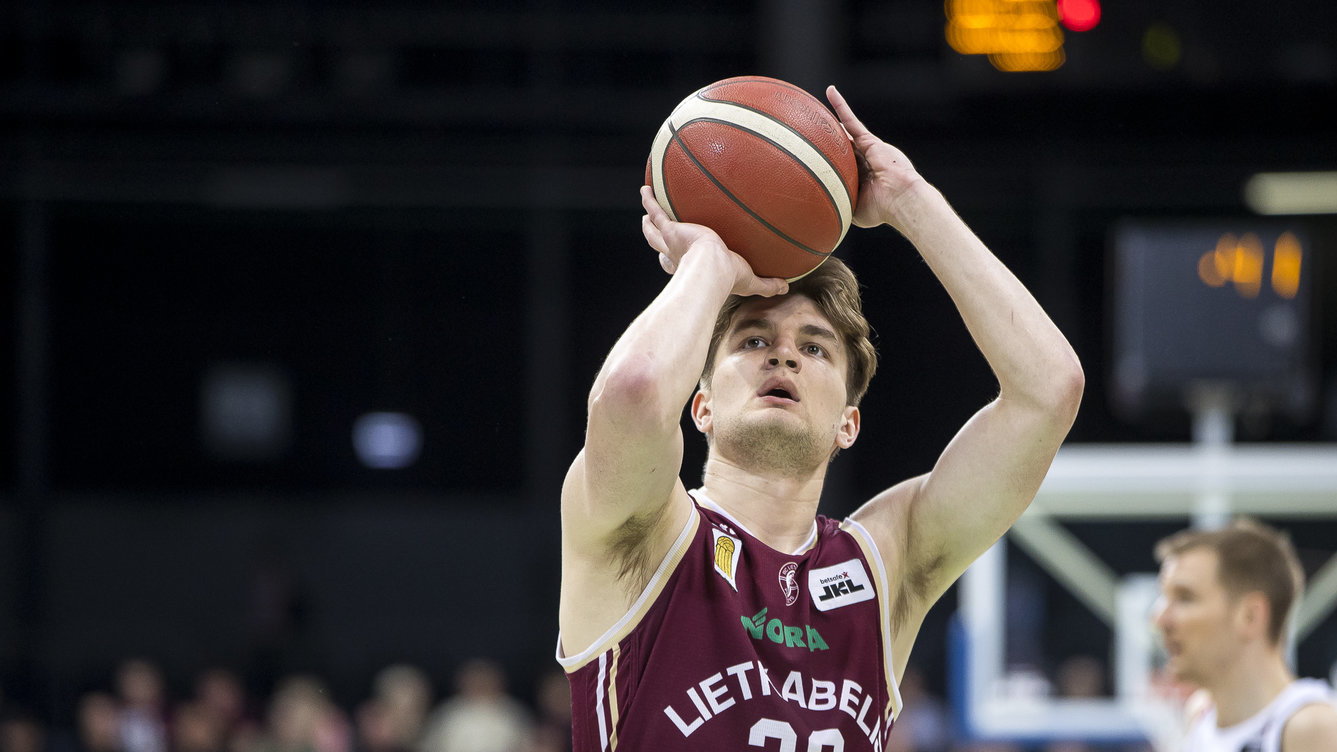 Dovydas Giedraitis became the last rookie of the Kaunas “Žalgiris” team this summer, and the green and white club concluded a long-term contract with the promising defender. Currently, the basketball player, who is continuing his rehabilitation after the ankle ligament surgery, is waiting to join the team’s training camp, where he will play sports according to an individual program. Before putting on the green and white shirt in training, the basketball player talked about the new career stop together with the host of “Žalgiris Insider” and basketball commentator Rytis Kazlauskas on the #ŽalgirisOnAir+ webcast.

“There were clubs from Spain that were interested in me. There was an offer from Las Palmas Gran Canaria and Joventut Badalona. These were teams that wanted to buy out my contract, not just borrow. There were teams like Bilbao or Obradoiro who only wanted to take me on loan. My priority was to be redeemed. We considered the following options. Gran Canaria bought another player, a Spaniard, so they needed me less, and Zalgiris always kept their interest in me. That’s how it turned out that I stayed with “Žalgiris”, and playing here is the dream of every Lithuanian. The choice was not difficult”, said Dovydas Giedraitis, 21 years old, 193 cm tall, about the situation when choosing a club in the off-season.

D. Giedraitis, who went to Spain to play basketball at the age of 17, belonged to the Madrid “Estudiantes” club for five years, with which he also made his debut in the Spanish ACB league. After an unsuccessful 2020-2021 season for the team. Estudiantes was relegated to the second national basketball division, and the Lithuanian defender was loaned to Panevėžys Lietkabel for the next season.

See also  Causes of goiter and its risk factors, know the treatment

D. Giedraitis, who performed well in the ranks of “Lietkabelis”, received an offer from “Žalgiris” this summer, and consulted with other players who previously played in Kaunas regarding the possibility of playing in Kaunas. Convinced, the basketball player signed a long-term contract.

“The main thing was that Zalgiris wanted to buy me out, not borrow me. There is a long-term contract, there is no need to run around looking for a new team after each season. “Žalgiris” will be coached by a Lithuanian coach, the core is Lithuanian. I think this is a big plus. In Lithuania, perhaps you want to be more with Lithuanians. The players are of a high level, basketball, rehabilitation conditions are also of a high level. I spoke with Roku Jokubaitis and another basketball player, who confirmed that everything is great. This made it easier to make the decision to come to “Žalgiris”, explained the basketball player.

Next season, Zalgiris will have a lot of options in the line of defenders. Keenan Evans, Lukas Lekavičius, Mantas Kalnietis, Tomas Dimša, Karolis Lukošiūnas, Ignas Brazdeikis and D. Giedraitis will play in the offensive or attacking defender positions.

D. Giedraitis, who became a native of Žalgiris, said that after signing the contract with Žalgiris, the possibility of loaning him to another club was considered, but the words of the head coach Kazios Maksvytis outweighed everything.

“There were thoughts that in my situation it would be better for Zalgiris to loan me.” The biggest thought about the loan was the game in “Lietkabel”, because there I know both the coach and the environment of the team. After talking with Kazi, the coach said that he wants to see me in “Žalgiris”. Of course, now our “little ones” will be in the composition, but this is only a plus for the team. There will be more options in attack. I stayed in “Žalgiris” and will try to do what the coach asks of me,” the interviewer asserted.

Subscribers of the MVP plan of “Žalgiris Insider” can already see the entire conversation with the basketball player, lasting more than half an hour.