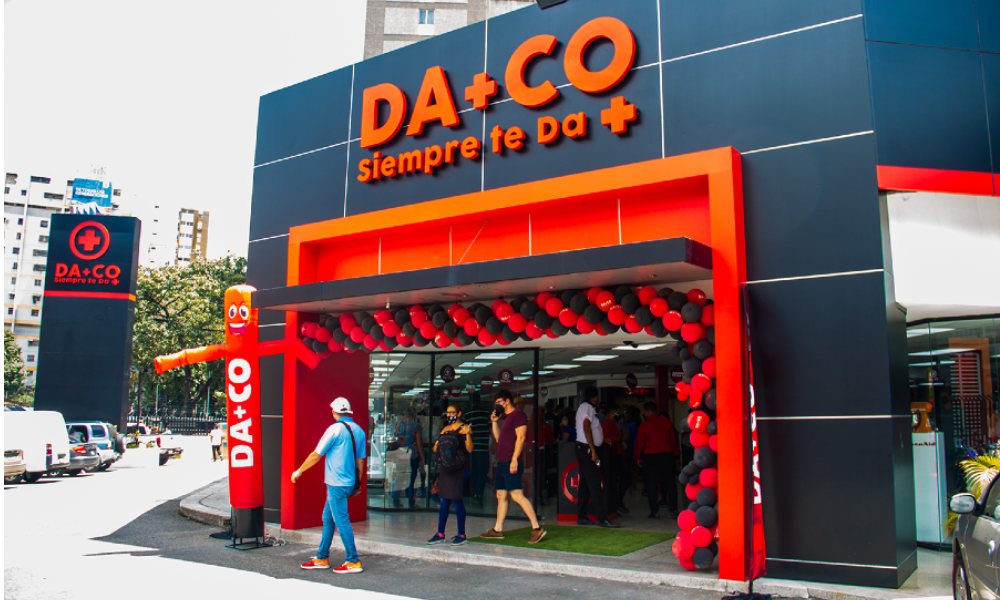 Caracas.- The general manager of the Damasco chain of stores -commercially known as DA + CO-, Jonathan Ibarah, assured that for next year the corporation has plans to expand nationwide. The opening of stores in the interior of the country would open the way to new sources of employment.

During an interview with The universal, the main representative of the appliance vending company assured that they currently have a staff of more than 400 workers who work directly, and more than 200 who operate indirectly.

He also explained that with the opening of his store number 24 -which took place last Saturday, September 25- more than 50 workers were incorporated. “We are constantly growing and we are also providing many solutions to the country: municipal and state tax payments and job creation,” said Ibarah.

On the other hand, he explained that due to the Covid-19 pandemic, the company experienced significant delays with respect to the importation of products compared to delivery times “both from origin in manufacturing of the products and in the transportation system” that guarantees the arrival of items to the country.

The manager of the appliance company revealed that the chain will soon open a new store, the location of which is still unknown to the general public and clarified that the inauguration will take place during the month of October of this year.

Likewise, Ibarah explained that Damascus hopes to expand nationally by 2022.

Regarding the monetary reconversion that will come into effect on October 1, 2021, the businessman expressed that the decision was correct and considers that it will have an important influence on the transactional “issue”.

It affirms that the measure will allow a better handling of the numbers and will speed up the processes corresponding to the operations carried out in national currency, such as deposits, transfers and receipt of money.

In the same way, it considers that the monetary reconversion will allow Venezuelan citizens greater access to physical money, a situation that speeds up the payment of minor appliances and public transport.

Funded by the state?

Ibarah clarified that the accusations regarding a possible financial alliance of the Damasco stores with the National Executive are completely false and assured that the company’s funds come from foreign investment.

He explained that the company is a family business whose foundation dates back 44 years.
“Today there is nothing hidden. Everything is in sight and everything can be known, “he said, while urging those interested in the matter to investigate the RIF of the company and its representatives.

Finally, Jonathan Ibarah invited Venezuelans to buy at any of the DA + CO stores located in Greater Caracas, since they have a “greater variety of household appliances (with respect to competing companies), at the moment we have the best prices on the market and we have an extensive technical service where we respond to customers for the guarantee of their products immediately “.