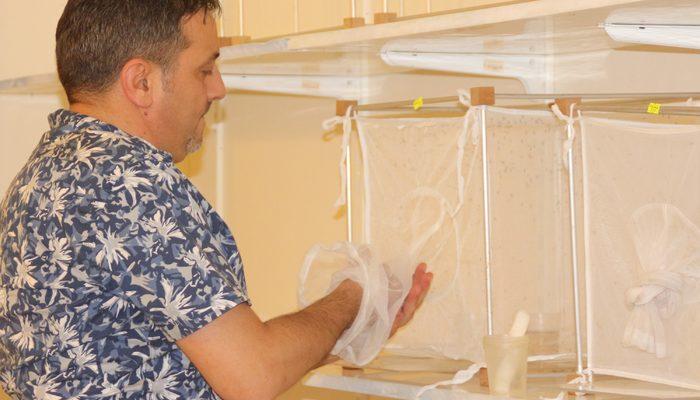 Rize Recep Tayyip Erdogan University (RTEU) Faculty of Arts and Sciences Zoology Department Lecturer Assoc. Dr. Mustafa Akıner and his team started an investigation in 2015 on the mosquitoes collected from all over Turkey, especially the ‘aedes albopictus’ species, in a laboratory environment. Continuing the studies and examining the flies under observation, the team also deepened their studies on the ‘aedes albopictus’ type mosquitoes, whose spread is increasing especially in Istanbul. The team, which conducts research on the possible distribution areas, spread rate and control of harmful insect species that cause itching and wounds in environments where it is effective, has also developed projects supported by TUBITAK and the United Nations (UN).

In their research, the team found that the spread of the ‘aedes’ species extends from the Georgian border, from the Black Sea coast cities to Istanbul, to the Bulgarian border; It also detected the presence of spread in Yalova, Bursa, Balıkesir, İzmir, Aydın and Muğla.

Assoc. Dr. Stating that ‘aedes’, also known as ‘African tiger mosquito’, is among the top 10 among 100 dangerous invasive species in the world, Mustafa Akıner said, “Today, it continues to spread rapidly in almost all possible areas except the poles.

“The fact that the species has an allergic reaction as a result of sucking blood from humans is due to its extremely aggressive behavior, which, unlike the normal known mosquitoes, sucks blood day and night, and attacks people more due to its intensity,” he said.

Assoc. Dr. Akıner said: “This animal begins to increase its population levels in suitable areas, especially in the summer months when the air temperatures increase. The areas preferred by the animal are especially man-made artificial containers and our gardens. Because unlike other mosquitoes we know as normal, this animal starts to increase its population by holding an ayran bowl or a glass of buttermilk that you take in your hand and drink. As a result of leaving the plastic bottle in nature, it can lay eggs in it when it fills with water.While we know normal mosquitoes can be found in areas such as lakes, streams, swamps, it is not possible to find this species in these areas.

See also  After the fabulous performance of R. Jokubaitis - attention from the NBA and comparison with Š.Marčiulionis | Euroleague

Since we know that it lays eggs even in the water at the bottom of the pots we grow flowers in our house, while people want to go out to the garden and breathe a sigh of relief, especially this summer, they are suddenly attacked by these mosquitoes. As a result of their normal behavior, more allergic reactions may develop as there is an intense attack against people with the desire to suck blood. In which region they are spreading in Turkey, how far they have reached, and how far they can go, we continue to research.”

Pointing out that the ‘Aedes’ type mosquito should be individually combated by the municipalities as well as the public, Akıner said, “This animal can transmit many of the diseases that are considered to be the most dangerous or deadly category in the world. Mosquito-related deaths range from a minimum of 800 thousand to 1 million annually in the world. Asia Among the diseases transmitted by the tiger mosquito, there are many diseases known as equivalent, zika, yellow fever, chikungunya, West Nile encephalitis.Although other diseases, except West Nile encephalitis, are not seen as native in our country, the risk of these diseases, which are considered as a result of uncontrolled migrant influx, increases in our country.