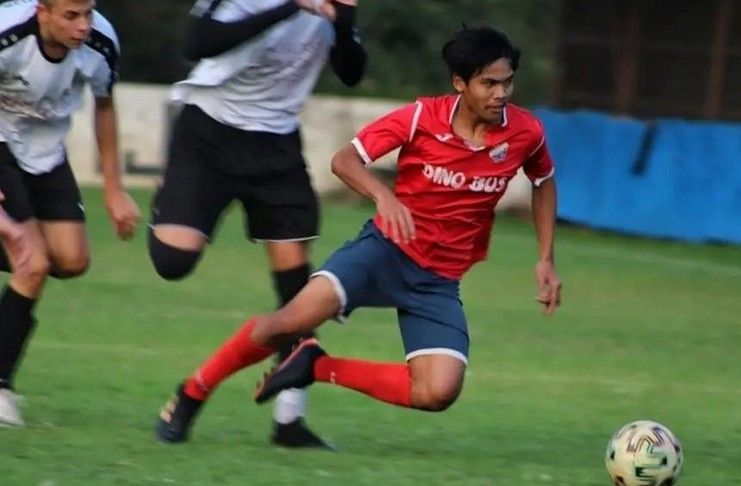 Football5Star.com, Indonesia – Young Indonesian player, David Maulana, has just made his official debut in the Croatian League for the senior team of NK Pomorac. But unfortunately, his debut was marked by a defeat after Pomorac lost 0-2 to NK Crikvenica, Saturday (25/9/2021).

In the fifth round of the third division of the Western Conference Croatian League, Seaman had the opportunity to visit the headquarters of Crikvenica, NK Crikvenice Stadium, Croatia. They have been left behind since the first half after Amir Masic scored an 11th minute goal for the hosts.

Pomorac’s struggle to get up was even more difficult after one of his players, Jakov Mendrila was sent off due to receiving a second yellow card. They finally conceded again in the 86th minute after Martin Bogdanic scored.

Nah, there are two Indonesian players who are included in the list of players, namely: David Maulana and Brylian aldama. However, only David was given the opportunity to perform after entering the 85th minute to replace Fahrudin Muminovic.

David Maulana himself actually just played for the Pomorac U-21 team on Thursday (23/9/2021). He and Brylian Aldama played the full 90 minutes of Pomorac’s Under-21 side against NK Opatija.

However, unfortunately at that time the two Indonesian players failed to give their best. Pomorac U-21 must lose 1-2 to Opatija.

It is known, David and Brylian were actually signed by NK Rijeka at the beginning of last year. However, both of them were loaned to Pomorac with the intention of getting flying hours.