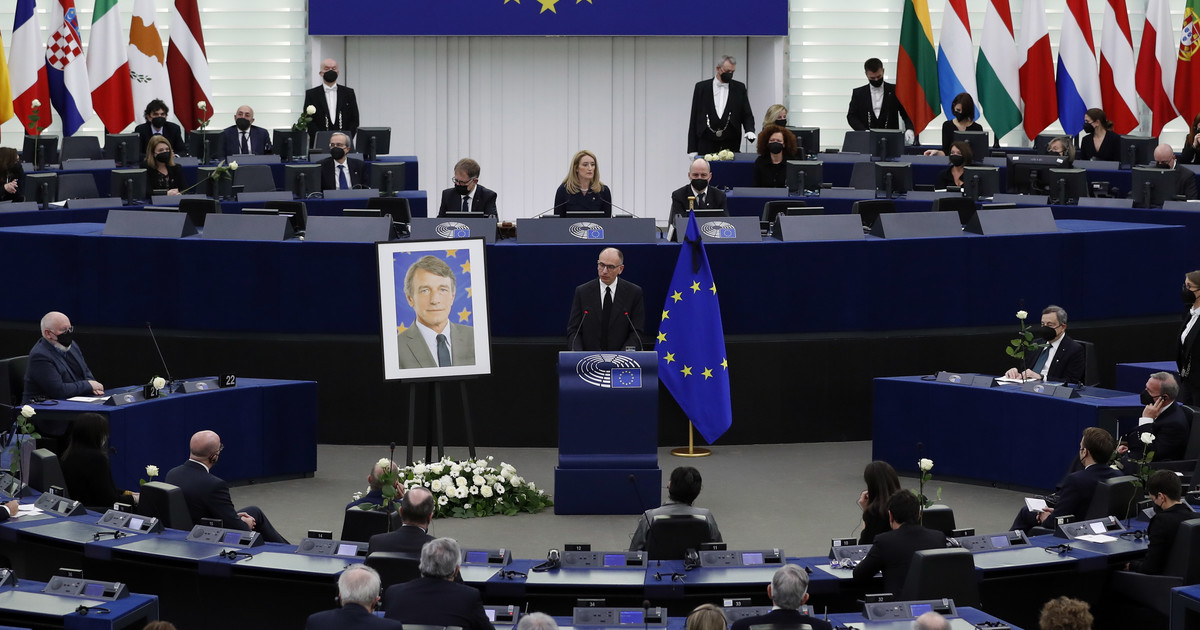 The best memory is David’s unique and impressive decision at the start of the pandemic. When it was necessary to act quickly, and many were surprised when institutions were unprepared for the scale of a pandemic. It was then that Sassoli, full of empathy, made the decision to allocate the buildings closed due to covid as a shelter for the homeless, for women and children in need. Here in the European Parliament, these people found shelter, medical assistance, accommodation and food in these tragic times. Do you imagine that such a decision would be made in the case of the Polish Sejm or Senate ?! This shows what values ​​were important to him. Not only in declarations, but also in action.

We have had constant contact for several months and held many meetings. He reacted favorably to the criticism of the lack of action on the Belarusian issue. I pleaded for the involvement of Parliament. We had a direct conversation. In the background, there have always been Polish matters related to the situation in Poland. He was, after all, a journalist. My wife, too, was once a journalist dealing with Italian topics. She worked in Italian media. This journalistic experience was shared. It brought us together. I was able to say a few sentences in Italian. It built chemistry and good relationships.

I know that he really wanted to come to Poland. He asked the authorities to come to Poland regarding the border in Belarus. I was in charge of the parliamentary committee in early July, he invited me to his cabinet. He went to Lithuania and Latvia, but not to Poland. He was denied entry. He was human. He was eager to solve the problems he understood. I am very sorry that his visit to Poland did not happen. At the turn of August and September, his illness prevented the plan from being realized. Sassoli has made health, for example, our priorities. Our initiative is to eventually establish a health committee in Parliament. The creation of a subcommittee would be a good idea of ​​ u200b u200bthe formula. We came out of a specific cancer case. Above the divisions, we had very good discussions on this topic. They were full of mutual understanding and searching for recipes and solutions.

Our last meeting took place in early December in Brussels, after he was released from hospital. It was full of offensive plans for the future. It would not occur to us that they will not be implemented. “We will do it”, “I will definitely come to Poland”, “we have to think about democracy,” he said. After that, this shocking information about his death comes as a shock personally. Despite his weaker condition, this strength, optimism and personal energy allowed him to be active at the European level after the end of his term of office. A week has run out. I was sure that there would be further cooperation. Today is goodbye day. Until a few weeks ago, he would never have believed it. It is a sad circumstance that reminds you to carry out your plans without delay.

It made a great impression on me. We saw each other before Christmas. We talked, he was an exceptionally warm, nice man who was calm. Like an Italian, he had his temper. His expression wasn’t directed against anyone. I remember him very well. We knew each other in the previous term, when he was vice-president and I was quaestor. It is clear in the statements of many people that he respected everyone he spoke to. He never looked for problems, he only solved various matters.

When at the meetings of the EP presidium there were tense situations, when someone from the other members of the presidium could shout that he did not agree. For example, when there were equal voices and his voice was predominant, he was able to disarm the atmosphere. He was a problem solver. He was friendly towards Poland and did not find any problems. I don’t have a single word of criticism because he was looking for what he had in common. Even when there were things that were his views, he did not point a finger, but acted in an agreement-seeking manner. Not everyone succeeds in this. I was very impressed with him.

I was in the Presidium for the two Italian Presidents, Antonio Tajani and David Sassoli. They are two different temperaments, but Italians have something about them that radiates joy. David was like that too. His eyes were always laughing, he was always friendly. He was the kind of catalyst that solved. He has been ill for a long time, and his death is unexpected and depressing. A joyful, wise, outstanding person has passed away from us.

An open and kind man, a European, an ally in the fight for human rights, always principled in the matter of violating the rule of law. I remember in November 2019 asking him to pin a white ribbon to his jacket for the annual 16th Days Against Violence Against Women. This is an expression of men’s disagreement with male violence against women. He agreed immediately and proudly wore it in the following years.

See also  In Estonia, Covid-19 booster vaccination will be offered to people over the age of 65 / Day

Sassoli was a charming, polite colleague, he spoke very efficiently and managed to conclude what was important in a minimum time. And he only applied to important topics. That’s how I saw him as an MEP. As vice-president of Parliament, he was excellent in conduct, decisive but not without wit. Voting under his leadership was smooth and efficient. And when we elected him President, it was clear to everyone that Parliament was in good hands.

He happened to be the head of this institution in special and very difficult times. Tireless in the fight against the pandemic, relentlessly supporting those who suffered the most, relentlessly fighting against “Fortress Europa”, for a common migration policy. Democracy was not a topic for him to negotiate; and here, too, he was relentless. What struck me was that in this great European politics he did not lose sight of an individual.

He was involved in programs to help the poorest very specifically, e.g. by organizing free hot meals, he went to Lampedusa, to join Dr. Pietro Bartolo, a famous “doctor from Lampedusa”, to improve the fate of refugees from other countries who are looking for help among us. We knew for a while that he was sick. There were repeated visits to the hospital, but when he appeared in the presidium between them, we saw him smiling, brave, focused on what is important. Until the news of his death broke, for which we were not prepared.