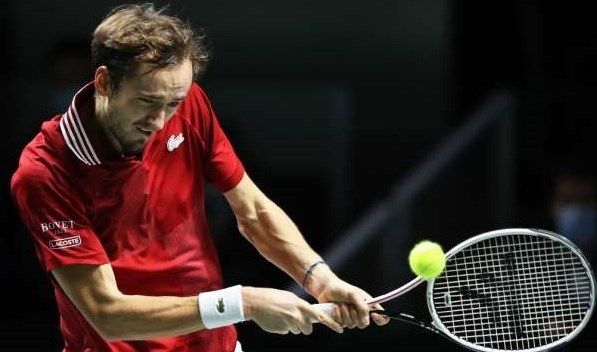 Russia beat Sweden 2-0 and qualifies for the Davis Cup semi-finals.

Russia qualified for the semi-finals of the Davis Cup by defeating Sweden 2-0 in the quarter-finals.

Then Daniil Medvedev, ranked second in the world, defeated Michael Ymir 6-4, 6-4 in the second match.

Russia will play in the semi-final against Germany tomorrow who beat Britain in the quarter-finals.

Russia is seeking to crown its third Davis Cup title, while it has been runner-up three times.

It plays in the second semi-final match serbia vs croatia.