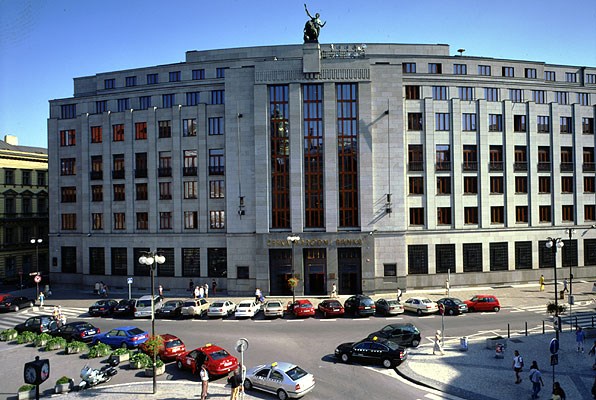 The Czech National Bank surprisingly raised rates by 75 bps to 1.50%, in response to the accumulation of inflation risks in recent weeks. According to Governor Rusnok, the majority of the Bank Board perceives the risks (given the August forecast) as significantly pro-inflationary, and has therefore resorted to a faster rise in interest rates than indicated in the August forecast.

The CNB associates the main pro-inflation risks in the first place with higher summer inflation, which was driven upwards mainly by core inflation. In addition, higher electricity and gas prices are likely to reflect inflation in the autumn, and price growth may accelerate further.

The second pro-inflationary factor is stronger inflationary pressures from abroad. Governor Rusnok spoke about the fact that outages in subcontracting and more expensive foreign inputs could bother the Czech economy for much longer than originally expected by central bankers.

And related to this is the third and main reason for a more aggressive rate hike – longer inflation above target combined with a very tense labor market situation, according to the governor, threatens the stability of inflation expectations and increases the risk of high inflation in the Czech Republic.

This was the main reason why the CNB mostly (5: 2) decided to surprise the market and raise rates more aggressively by 75 bps. However, according to the governor, at the moment, the main goal is for the central bank to get rates to “normal” levels faster. This is to help keep inflation expectations in place.

What is the “normal” level of rates is a question. According to the August forecast, interest rates should stop slightly above 2%. However, according to the governor, the November forecast will look quite different due to the accumulation of pro-inflation risks. And it is this that will ultimately decide how quickly and how far the CNB will eventually get with rates.

Governor Rusnok said that the theoretical equilibrium rate is around 3%, but the CNB will probably not dare to go that far in the foreseeable future. We expect that with the November forecast in hand this year, it will enjoy an increase in rates by 50 bps by the end of the year (either once or in two steps) and in February 2022 by another 25 bps to 2.25%. However, it will then probably take a longer break to assess the impact of the relatively rapid tightening of monetary policy on the real economy and inflation.

MARKETS
Crown
After a surprisingly sharp increase in interest rates by 75 bps, the Czech koruna began to strengthen sharply and stopped at close to 25.30 EUR / CZK (it gained less than twenty pennies). The accompanying press conference of Jiří Rusnok was held in a hawkish spirit, but it did not prepare further surprises for the markets (it left the question of further rate hikes to the November forecast). The koruna thus stopped slightly above 25.30 EUR / CZK.

However, there were interesting questions aimed at the possible dissolution of income from the CNB’s foreign exchange reserves – this would undoubtedly be a positive impetus for the Czech currency in the future. Jiří Rusnok did not rule it out, but pointed out that they are only at the beginning of a professional debate, which will probably not lead to concrete conclusions until the end of this year.

Foreign forex
Paradoxically, the growing risk aversion associated with the confusion in Washington over the two pending laws substantially raising spending, which are also legislatively linked to the issue of raising the debt limit, continues to benefit the dollar. In addition, the US currency was not hurt by relatively weak data yesterday, which pointed to an economic downturn associated with the spread of the delta variant of coronavirus. The Eurodollar thus fell below 1.16, and even German high inflation (4.1% year on year in September) could not avert this fall.

While the market will undoubtedly monitor the impact of September inflation in the eurozone in the morning (especially the core component), attention will be focused on the Chapter, where US lawmakers (in the Democratic Party) must solve the puzzle of gaining support for both laws. US default threat. In such an environment, the dollar may strengthen further before the weekend.

The Polish zloty will closely monitor the results of September inflation this morning, which is likely to remain very high – at the level of the August figure of 5.5% year on year. We do not expect a reaction from central bankers from the NBP, as they should keep a “beaver of silence” before the meeting next week. The zloty will live in uncertainty even after inflation, and let’s expect further losses.