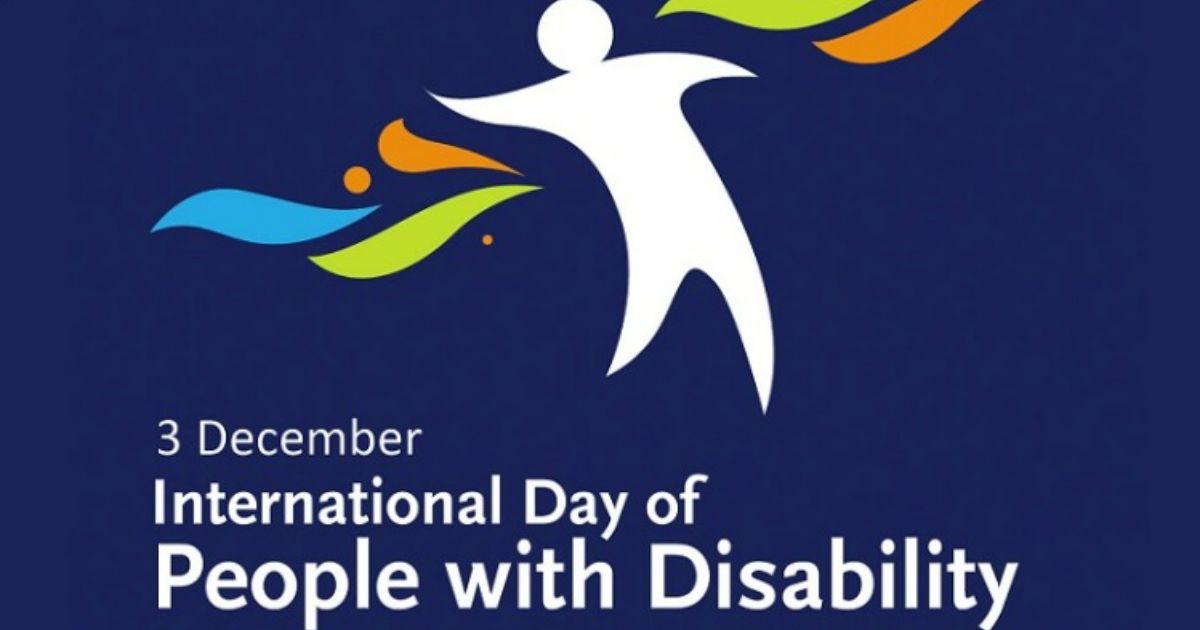 Break down the cultural, social and architectural barriers that prevent the inclusion of people with disabilities. December 3 is celebrated especially for this reason International Day of Persons with Disabilities. In particular, associations are active to remember rights denied and the many things to do to truly make our society more inclusive and with equal opportunities for all. In Italy there are many injustices and criticalities encountered by those who experience a condition of disability on their skin, which is motor, intellectual, as well as sensory, relational-behavioral. The associations, the national ones but also the smaller ones made up of a few families, which fight to protect disabled people remind the institutions that first of all, the main obstacle that is constituted must be overcome from silence and prejudices that guiltily gravitate around the fragility and diversity of non self-sufficient subjects.

The pandemic has worsened the living conditions of people with disabilities – The Coronavirus pandemic from 2020 has also uncovered and made evident in the eyes of all the many aspects that families with disabled people have known very well for some time and have been fighting for years: the insufficiency of a widespread and effective territorial network for home care, the problems concerning scholastic support where distance learning has penalized almost all disabled pupils and the job inclusion that does not exist in Italy given that less than 30% of people with disabilities have a work, with peaks of 95% for people with autism. Not to mention the gender-based violence against women with disabilities which has increased in lockdowns. The data that emerged from the recent survey by Italian Federation for overcoming the handicap are worrying: “65% of the women with disabilities interviewed suffered some form of violence”. From the study, out of 519 women interviewed with different disabilities, a picture is outlined which confirms a significant fact: women with disabilities suffer multiple discrimination and they are more prone to violence as women and as disabled. Another alarming aspect is that the analysis shows that only a part of the interviewees (33%) actually recognize what they have suffered or continue to suffer as violence.

Recent disability policy actions – The UN Secretary General Antonio Guterres, in his message for the 2021 Day, stressed that in order to achieve the goals set by the 2030 Agenda, the contribution of everyone is necessary, including people with disabilities who are globally about 1 billion. In recent years in Italy something is slowly changing and the attention of politics seems to be growing, the two main organizations such as Fish and Fand recognize in part, which however affirm that there is still a long way to go. The main novelties made by the policy are, for example, the creation with the Conte I government of the Ministry of Disabilities, albeit without a portfolio and also confirmed by the current Draghi government, which aims to improve the quality of life of the approximately 4 million disabled people in Italy (source: Istat). Then there is the so-called Reform of the rules on disability being defined in Parliament, draft law delegating to the Government that the Council of Ministers considers among the key actions identified in the PNRR to give some precise answers, including the need to simplify access to services, the mechanisms for ascertaining disability and strengthening the tools for independent living. The latest news is the Disability Card, a free card downloadable from the INPS website which, however, still has to be “filled” with content and facilitated services for all people with disabilities from 67 to 100% disability. The duration of the card is a maximum of 10 years, then it must be renewed.

Some unresolved issues: strengthening the Fund for Non-Self-Sufficiency, breaking down architectural barriers, recognizing the figure of the caregiver, strengthening the After us – But there are still several issues that need to be resolved. The organizations are clamoring for the current one to be improved Fund for Non Self Sufficiency (FNA) relating to the years 2019-2021, renewing it and strengthening it to at least 1 billion euros per year, given that the current resources are not suitable for the needs, which are also constantly increasing due to the effects of the pandemic emergency. The current FNA, expiring, was published in the Official Gazette with the Prime Minister’s Decree of 21 November 2019 and provides for the three-year allocation of resources equal to 573.2 million euros in 2019, 571 million euros in 2020 and 568.9 million euros in 2021, according to the same criteria as in previous years. “Resources that, instead of increasing, have decreased over the years, we therefore ask for a significant change of gear, also because the families of people with disabilities have been among the most affected by the Covid pandemic for various health reasons but also social-educational-scholastic reasons “, the two Italian Federations report to Fatto.it larger (Fand and Fish). It remains topical the theme of architectural barriers which are everywhere in Italy, are found both in metropolitan cities and in small towns. In theory, every Municipality of Italy should have adopted a Plan for the Elimination of Architectural Barriers (PEBA) by the 1990s, which has not yet been done.

Furthermore, schools are still inaccessible to students with motor disabilities in 2 out of 3 institutions, to those with sensory disabilities in 98% of cases. And the situation is equally serious both in public places and in private ones with public and non-public access. Then there is the figure of the personal assistant, the so-called caregiver, which according to the associations must still be formally recognized by a law as a form of strenuous work, given that it takes up the whole day almost 24 hours a day and often it is the parents or spouses of non self-sufficient subjects forced not to work in order to assist the family . According to experts, the social and health services must guarantee adequate assistance to allow the working caregiver the necessary rest, as well as a monthly salary given the enormous amount of work carried out with repercussions also on their physical and sometimes psychological health. Finally, another theme highlighted at ilfattoquotidiano.it by the families and organizations contacted is the economic strengthening of the fund on After us required by law no. 112/2016, stabilized since 2018, and currently around 70 million euros per year. The fund regulates the measures of assistance, care and protection of people with severe disabilities, not caused by natural aging or diseases related to senility, without family support because both parents are missing or because they are unable to provide adequate parental support, as well as in view of the loss of family support. “In recent years, institutions have repeated that disability requires transversal attention, not only sectoral interventions. We hope that we will finally pass from words to deeds, this is the time to act effectively and with greater attention for the most vulnerable ”, conclude the associations.