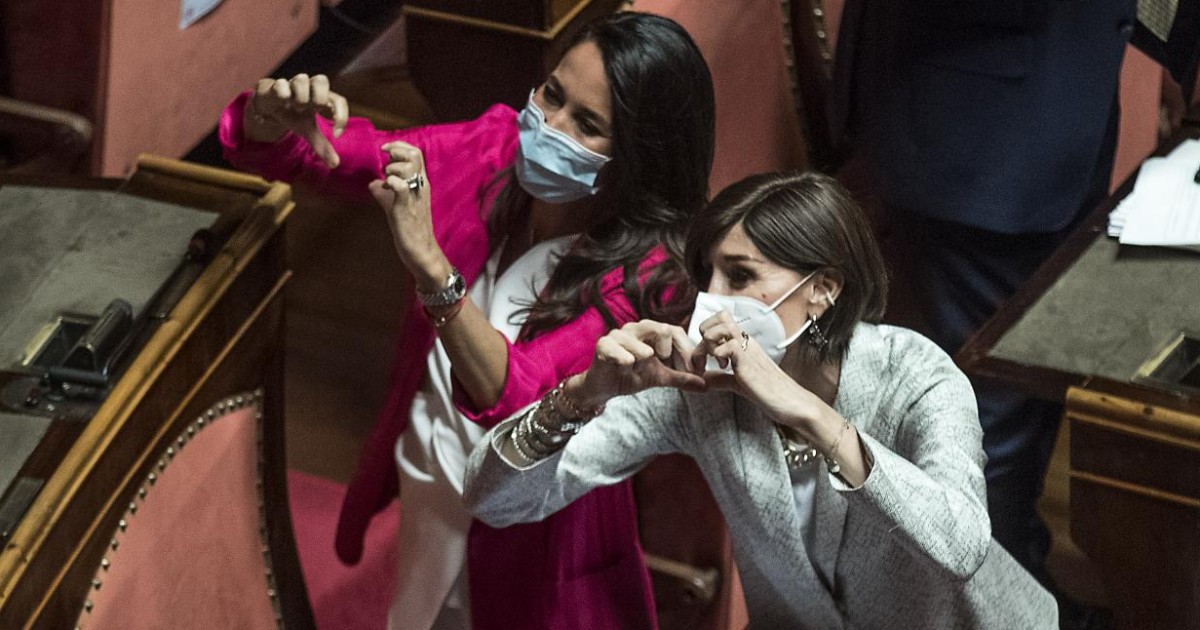 I started listening the whole discussion in the classroom on the Zan bill, noting the most sensational absurdities. Then I repented, but it seems fair to tell you why.

The intervention of Marco Perosino (Forza Italia) is practically an episode of Voyager. According to him, the text in question is even harmful to the development of society. Why? Because society has always existed and is based on the education that one receives from the family. It is not the task of the state to educate. Are you sure, Senator? So let’s not talk about anti-mafia anymore. We do not celebrate Remembrance Day for the victims of the Shoah. We do not remember our fallen, nor the liberation from the dictatorship.

I believe, however, that there must be among the values ​​of politics a desire for improvement and social growth which passes through the education of citizens, inclusion, respect, listening. And then – attention – Perosino rejoices because even Muslims (like Catholics) are against the Zan bill, referring to the opinion of the UCOII (Union of Islamic Communities of Italy). Suddenly for the right Islam is no longer a threat to Western values. Evidently it is every other day, when it’s convenient. Then he moves on to the need to return to the Church of the past, we mean the Middle Ages and the monastery of Cluny (he said it eh, I swear!).

Finally, only for true lovers of History and Geography: the Zan bill (and also the proposal for Legal Euthanasia) is comparable to the symptoms that they brought down the Roman Empire. Soon the documentary available on demand.

See also  Measures against the spread of coronavirus seem to work

Ddl Zan, Cirinnà in the Chamber reads a letter from Porpora Marcasciano: “Trans people never listened to, don’t get stuck. Giving to us does not mean taking away from others “

And from 476 d.C., we arrive at the final of the European football championships, with sen. Northern League Simone Pillon which brings up the love for the mother of our Italian champions. To celebrate, they called their mother – she says – not al “Parent 1”. However, the word “parent” never appears in the Zan bill. There is no mention of replacing the wording. The right persists with this fake news, together with that of the Gpa or the obligation of theory gender in schools (on which Renzi also fell), when all that is asked is the possibility for the institutions to include awareness-raising initiatives against bullying in the Three-Year Plan of the Educational Offer, also in the fight against sexism and ability .

Fedez against the Northern League senator Pillon: “The law against homotransphobia is a priority. State protects the right to speak freely “

Pillon admits that many in the classroom are not clear on the concept of gender identity. So they want to delete from the bill something they don’t even know what it is, leaving transgender and non-binary people in Italy without protection. Pillon speaks of gay identity, confusing it with sexual orientation. Surreal, like when my mother starts judging diving at the Olympics … she who can’t swim. The point is, my mom is not part of the competition jury, she can shoot all the nonsense she wants from the couch. Those who decide our lives, on the other hand, should have an obligation to know what they are talking about.

Andrea Cangini (FI) cites art. 21 of the Constitution on freedom of thought, which, according to him, would not accord with the imposition of a certain vision of human nature in schools. Vision? The existence of gay, disabled, transgender or bisexual people is not a way of seeing things, it is a fact. It is about Boy* who walk, study, grow inside those schools. The senator adds that the more rights are granted to small groups, the more they risk leaving out other people who may be equally discriminated against. Specifically, it refers to “fat people, hunters, vegans”. “The more we add, the more we exclude. The more we protect, the more we harm ”. Go ask him, Cangini! Ask the hundreds of LGBTIQ + people who come every year attacked, thrown out of the house, humiliated on the street. Ask them if they prefer to be protected by law or not.

He follows Silvia Fregolent (Lega) who evidently did not have time to read the bill well, because he thinks there will be penalties to be served for anyone who says that a child is born to a man and a woman. If you could tell us in which lines this type of sanction is foreseen, maybe I lost them, but I don’t think so. Then compare the day against homolesbobitransphobia (proposed by Zan and already celebrated in many countries on May 17th) to a day for straight pride. I don’t understand if these people struggle to understand the need for minorities to be recognized and protected, or if they are pretending to make us believe that there are really straight and cis people around who are discriminated against as such.

See also  Courtyard, watching in silence for antiracismeprotesten: "We have inhaalwerk' NOW

He continues wondering if the Zan bill will serve to guarantee fundamental rights to the LGBTIQ + community and he replies that no – to Marzullo – because the Cirinnà law already allows him to join civilly. But what do they have to do with civil unions with measures to prevent and combat violence and discrimination? Can I only have one right at a time?

I have the feeling that for those who oppose the Zan bill the problem is understanding the text. In my day it was already done in elementary school and if, writing the answer, you threw in stuff that was not in the passage to be analyzed, the teacher would give you an insufficiency. Off topic, it was written in red pen. It would take a teacher also in the Senate, the discussions would last much less!